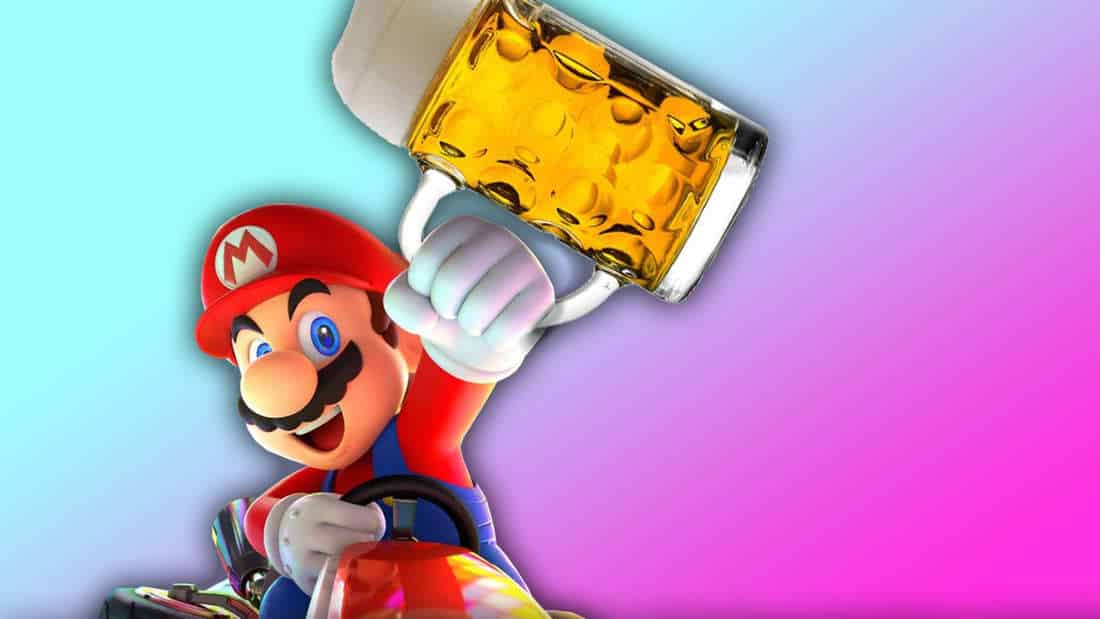 Streamer Ludwig is hosting a very mortified Mario Kart tournament. In this case, it should go behind the wheel despite alcohol.

Los Angeles, California – Alcohol has no place in driving. The American YouTuber Ludwig sees things differently, at least when it comes to Mario Kart. Because he organizes a tournament with the game from Nintendo, in which beer is supposed to be a very important part of the race. The boozy fun will take place on July 7th and could be a good distraction while waiting for Mario Kart 9.

This is planned: Ludwig announced on Twitter that he was planning a very specific Mario Kart tournament. In this, 16 streamers will compete against each other and make the slopes unsafe. The highlight of the matter is that the participants do not prove their skills sober, but are provided with plenty of alcohol during the race. It is already certain that this will lead to some accidents on the track. The YouTuber is certain that with the tournament he founded what is probably the best esport of all time.

When does the tournament take place: The slightly different Mario Kart tournament is scheduled for July 7th. The malty spectacle will begin at 10 p.m. German time. The tournament will be streamed live and thus promises unembellished insights into possible alcohol-related car breakdowns.

These rules are fixed: The rules of the “Beerio Kart” tournament have not yet been fully published. However, Ludwig has already let it be known on Twitter that the participants will probably have to stick to “Don’t drink and drive”. This rule has long established itself as a popular party game in Mario Kart. Drinking is only allowed during the race if the vehicle is not moving. This means that if you want to finish your drink before the end of the respective lap, you have to make a few pit stops.

This is Ludwig: Ludwig Ahgren is a successful streamer from the USA. After streaming on Twitch for several years, he switched to YouTube in 2021, where he received his first ban after just three days. He now streams there regularly and has 3.21 million subscribers on his main channel. Among other things, Ludwig became known for his Twitch world record, the streamer managed to let his viewers participate in his life for 31 days at a time.

In addition to the Mario Kart tournament, the streamer is known for its formats

This is what Ludwig does on YouTube: The YouTube star thinks up all sorts of videos and formats for his channel. In a recent interview, he saluted the CEO of YouTube herself, Susan Wojcicki. With this he discussed, among other things, NFTs and Internet memes.

One of its most popular formats, however, is Mogul Money, which pits different internet personalities against each other in a Jeopardy-like quiz show. The show was so successful that the last edition was held live in front of an audience. Ludwig has already successfully demonstrated his entertainer qualities, which is why it is probably worth taking a look at the “Beerio Kart” tournament.