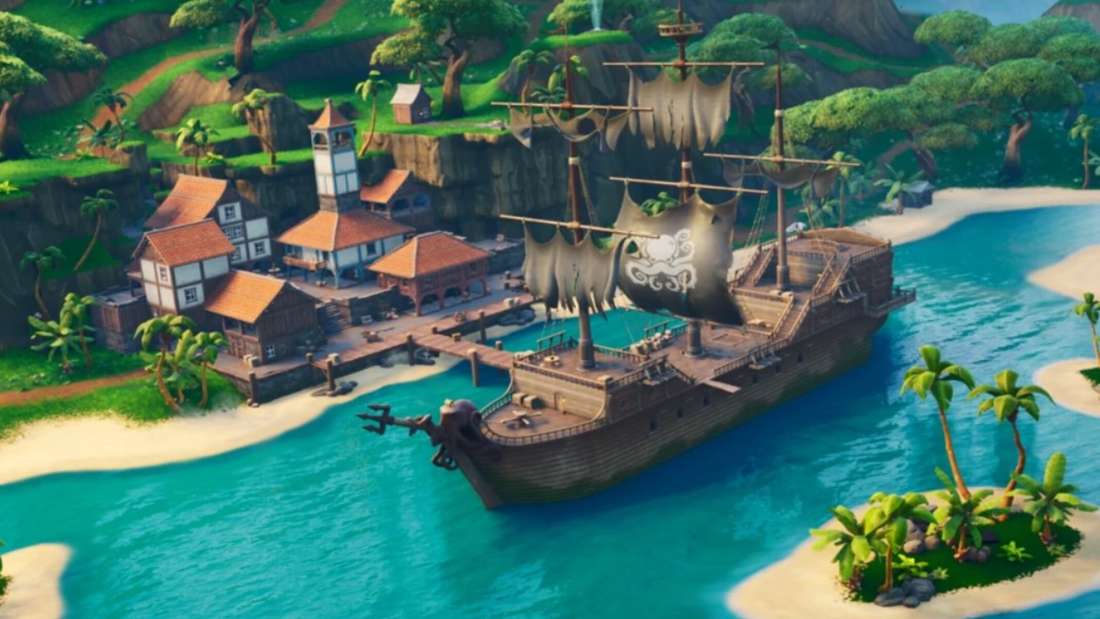 Fortnite is known for its many collaborations. Now there are rumors that Jack Sparrow could soon make the island unsafe.

Cary, North Carolina – The many skins are probably one of the coolest features of Fortnite. The players have the possibility to hop through the game as a banana or a fish. Epic Games also collaborates with big brands again and again, so in the past there were Fortnite skins from Marvel or Naruto, for example. Now fans have discovered a detail in the game that gives them hope to soon be able to compete as Jack Sparrow in Fortnite.

This was discovered: In the new season of Fortnite, Logjam Lumberyard has been changed to Logjam Lotus. This brought some innovations, including the location Lazy Lagoon. The location first appeared in Season 8 of Chapter 1 and can now be revisited. Some players have noticed a small boat in the north of the Lazy Lagoon, which is very reminiscent of the opening scene from Pirates of the Caribbean. In this scene, Captain Jack Sparrow arrives at Port Royal in just such a boat.

Also in the boat are a telescope and a small bucket, both of which were also part of his equipment in the film. For many fans, it is almost certain that Epic Games will soon announce Jack Sparrow as a playable skin for Fortnite.

How likely is the skin? The signs for a possible Jack Sparrow skin in Fortnite are definitely good. In the past, Epic Games had often teased their skins with small map changes. In Season 3, a refrigerator was placed near Condo Canyon, prompting many players to speculate about a possible Indiana Jones skin. Shortly after, Indiana Jones was introduced as a playable skin.

Also, the Pirates of the Caribbean franchise belongs to Disney and they have collaborated with Epic Games several times. So you can already play different Marvel characters in Fortnite. Darth Vader, who also belongs to the Disney family with Star Wars, also made a special appearance in the current season.

Johnny Depp as Jack Sparrow again: Disney kicked the actor out of the Pirates of the Caribbean franchise in 2018 after he was accused of violence by his ex-wife Amber Heard. However, he won the court case and rumor has it that Disney doesn’t seem averse to welcoming the actor back. So nothing stands in the way of a possible appearance in Fortnite.