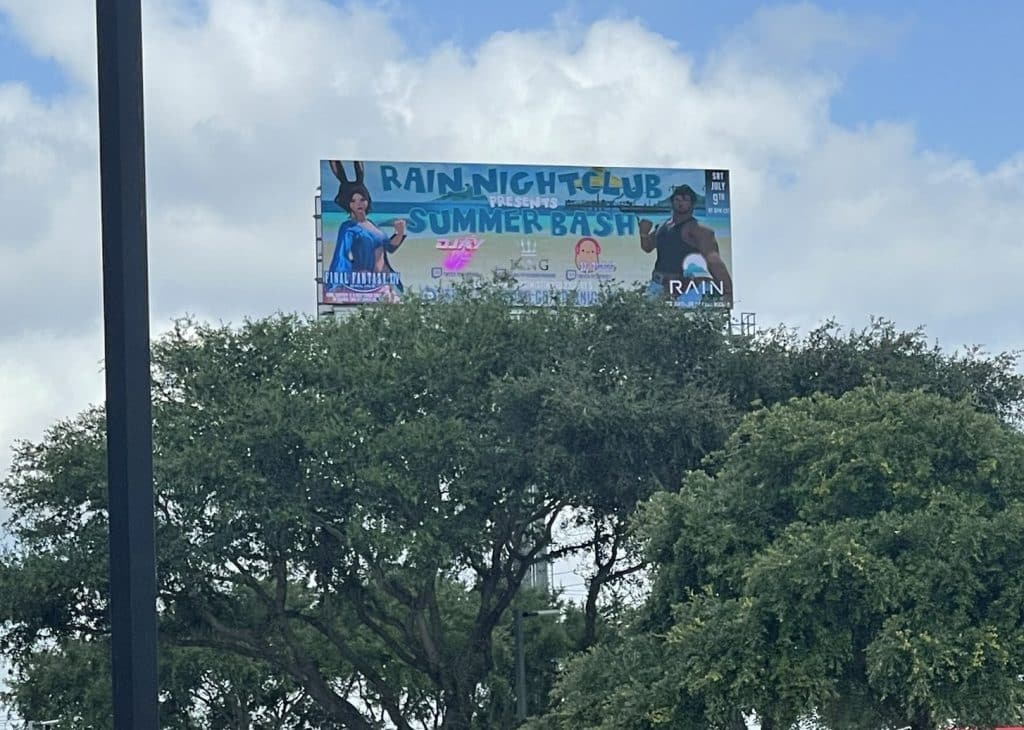 What is this event? In this event, players will gather on a beach on the Balmung server and celebrate the travel between data centers that has recently become possible. So the event itself is not about ERP and should even be family-friendly.

Nevertheless, the advertising in the real world meets with a lot of misunderstanding, even if the boards are highly praised by some players due to the design. Others, however, find several things that they perceive as problematic about the campaign.

What bothers the players? Four things in particular are criticized in reddit, on Twitter and in the Discord of the guild:

User Aoi summarizes the situation on Twitter as follows: The organizer apparently paid thousands of euros for advertising, only to be banned from FFXIV and possibly even sued:

Aoi even fears that this action could have far-reaching damage for the entire RP community. Based on the billboards, Square Enix could come up with the idea of ​​banning clubs, modding for screenshots and ERP. However, other players note that he may be taking that concern a little too far.

What do the organizers say? DJ Potate, one of the event’s Twitch streamers, tweeted. He says he wasn’t notified of the billboards and tweeted the images to the internet in the first place.

However, he has since deleted the tweets.

Also, Lily, a former member of Rain Nightclub, emphasizes that the members of the guild were not privy to the action (via Twitter).

What does Square Enix say? So far there is no statement from the developers. It is also unclear whether the event will still take place after the billboards.

What do you think of the billboards? Do you think the idea is good and only the execution failed, or do you not think much of advertising in real life for in-game events? Feel free to write it in the comments.

In Korea, MMORPG fans rent huge LED walls from time to time to protest in front of the developer studios. One case was about bugs in the game: