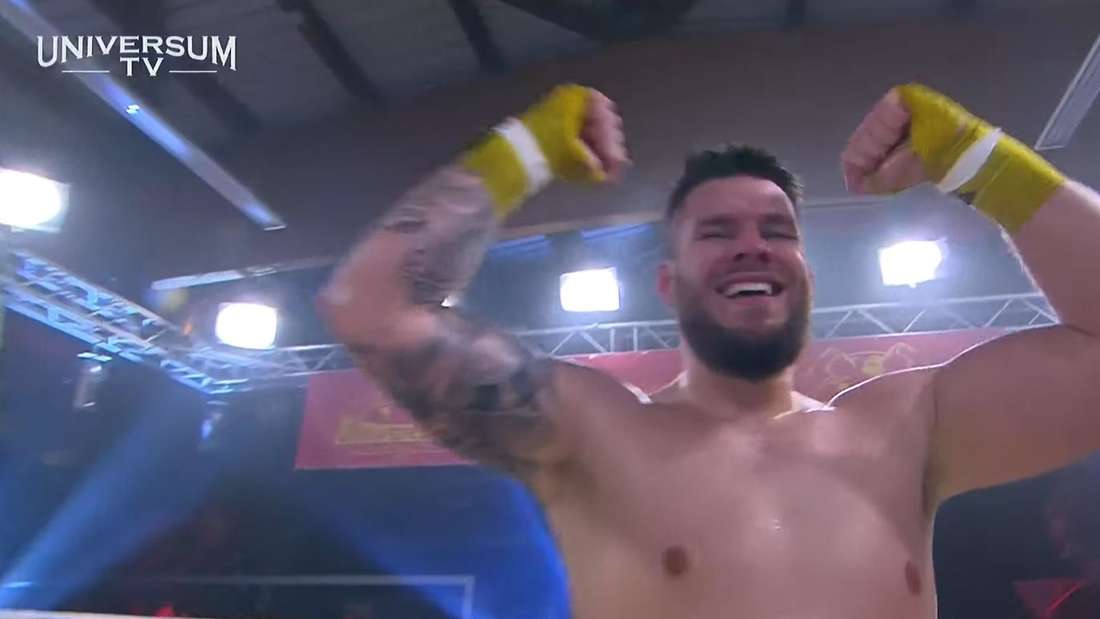 There will be a rematch between StandartSkill and Leon Machère. The two YouTubers could be back on the boards in a boxing match in six months.

Hamburg – The first fight between the two YouTubers Leon Machère vs. StandartSkill set records. The winner now says they can be challenged again. But he still needs something for two reasons. We bring you all the times and info on Universum Boxing’s rematch.

Leon Machère boxed again against StandardSkill: “You lose against a fatso!”

That was the big fight: In February 2022, the two German YouTubers Leon Machère vs. StandartSkill met in the boxing ring. The fight was a huge event that even broke attendance records. StandartSkill went home as the winner. With such celebrity boxing matches being popular, the crowd is eagerly anticipating a rematch. Despite broken ribs in the YouTuber fight, there should be a rematch – under one condition that has now been met.

What are the rematch conditions? StandartSkill dominated the first fight. The winner then made the announcement that a rematch would only take place if the loser, in turn, won a fight. On June 26, 2022 there was the boxing match between Leon Machère and Kaan Yavi.

And indeed: Leon Machère left the ring as the winner – even if there were fake allegations. Leon’s dominance didn’t go unnoticed by StandardSkill. In a reaction video, the champion now spoke about the rematch and also named a time window.

Because Leon Machère won the boxing match, StandardSkill calls for a rematch

This is what StandardSkill has now said: YouTuber StandartSkill was visibly amused as he watched the duel between Leon Machère and Kaan Yavi. He then also agreed to a rematch. His video is called: “I WILL FIGHT LEON MACHERE AGAIN!“Unfortunately, the viewers have to be patient, for two reasons:

Rematch between Leon Machère vs. StandartSkill in 2022? That’s what the winner says.

When is the 2nd fight coming? There is no official date for the boxing match yet. However, six months are given as the time window. So that would mean that the two YouTubers will be back in the ring around December 2022.

According to StandartSkill, adjusting the weight and healing the hand will take about half a year. He thinks six months is realistic for that second duel Leon Machère vs. Standard Skill. The rematch would then take place a good year after the original duel – an anniversary fight in February 2023 cannot be ruled out.

StandardSkill has this plan for the 2nd boxing match: Since there was already a stink when Leon Machère and Kaan Yavi faced each other, and both were visibly aggressive towards each other, StandartSkill planned a provocation. At the face-off with Leon Machère, he wants to give him a kiss and lure him out of his reserve – sweet.

We keep you up to date and provide you with the latest information about the biggest events of the German Twitch streamers and YouTubers. Incidentally, the 2nd season of 7 vs. Wild is coming up soon: All participants in Fritz Meinecke’s survival series.