A German Twitch streamer tells: How to deal with hate on the net? 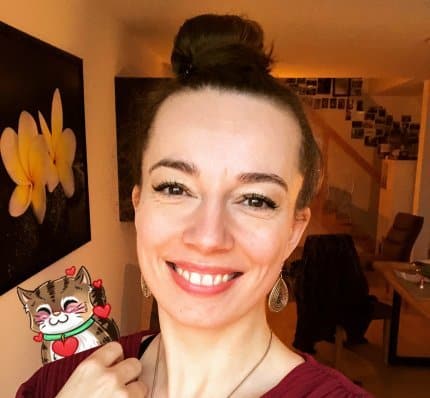 When I moved to Nuremberg for my studies, I brought a super small television with me from my old room in a shared flat. Watching a few episodes of Shopping Queen in the evening to wind down or just letting it rain down was just the thing for me. At some point the “old tube” got a red crack across the screen and I suddenly lost the desire to turn on the device.

In order to be able to switch off now, I could either let off steam with laser tag or pursue my favorite hobby, gambling. A wonderfully faithful love that has accompanied me since my childhood. I have an older brother, and since one of my uncles owns a small electronics store, I was able to enjoy our family’s in-house tec recycling cycle. If my uncle had an old PC to give away, it was given to my brother. He then had a lot of fun with the then current PC games. As a little sister, I regularly sat behind my brother and watched him play with big eyes and a lot of enthusiasm. Then, when the next generation of PCs became obsolete, my brother got a new computer and I got my brother’s old one, starting with big, gray boxes that you had to slide in floppy disks and had a joystick, up to the first tower PC with Internet.

A German Twitch streamer tells: How do you deal with hate on the net? (4)


Jennifer Düngfelder, born in 1990, has been active on Twitch since 2020. Known on Twitch as “Jenny_JeyJey” she currently plays mainly Heroes of the Storm and Valheim.

See also  Only today at Amazon: Echo Show in a double pack with a discount of over 50%

With her motto “HotS without hate” she has already got over 1,000 followers on Twitch within 1 ½ years. The Nuremberg native grew up with Pokémon and became German champion in 2022 with her laser tag team.

A formative memory back then, in addition to the dialing noise of the modem, was the fact that when my parents called someone, my internet connection was gone for a moment. In fact, I also belong to the generation that learned touch-typing on the typewriter, our household didn’t have a printer from the start. 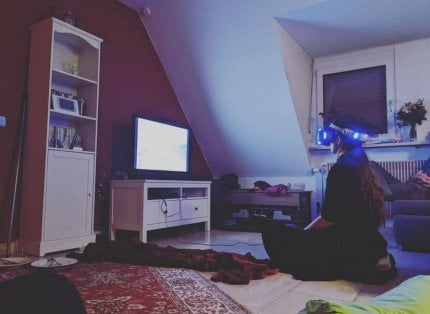 
It definitely didn’t hurt, but my mechanical keyboard still makes me very happy. My confirmation money went to my first computer, and I also had to save up the money for my Game Boy.

The peaceful bliss of playing Pokémon (blue) on the Game Boy was only interrupted by my mother, who kicked me out the door in midsummer with the cheerful words: “Oh come on, Jenny, it’s so nice outside, go outside to play “. With the Game Boy in my pocket, I often looked for a shady place on a bench under trees and happily continued to gamble.

Although I had to squint my eyes a little more to see something, since the screens back then didn’t cope as well with bright surroundings as they do today, it still worked. I’m pretty sure my mother meant something else when she said “go outside to play”. But if you want to catch all the Pokémon, you have to stay with the (Poké) Ball.

See also  A neurologist explains why you fall asleep right away on the couch, but it costs you a world in bed

Since then, gambling has been a constant companion in my life and I am very happy that I was able to briefly interrupt my intensive WoW addiction and Ultima online phase in order to get my secondary school diploma properly. I actually discovered Twitch very late and it only came into my life through a friend.

In the evening Teamspeak talk, the question arose whether you could watch me play games. Without further ado, she installed streaming software on my computer, registered me on Twitch and made some basic stream settings. And already in early 2020 I was online on Twitch for the first time! Only for a few hours and only for my friend Moni, so she could watch me lose in Heroes of the Storm or survive in Don’t Starve Together.