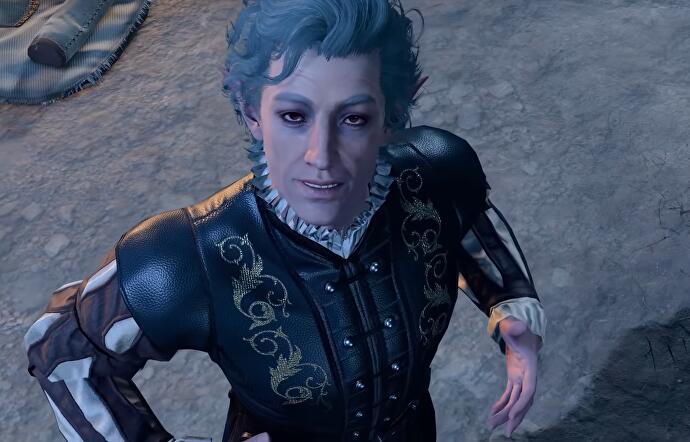 Early access can be great for many games: You have good contact with the community and can listen to what people want and gradually deliver more and more exciting content.

But what about a game that relies entirely on a continuous story and in which you want to fully immerse yourself in another world… but can’t really because the content is strictly limited. It’s been like this with Baldur’s Gate 3 for two years now and even I, as an avid fantasy role-player and pen-and-paper nerd, have slowly lost my curiosity about the end result.

You want to play the prologue for the 50th time? Here you go.

The Early Access of Baldur’s Gate 3 already lured in 2020 with a huge character creator, numerous play styles, an almost exaggeratedly epic story … what can I say: the brightly colored high-fantasy world set my heart on fire like a little devil in one of the Nine Hells. But meanwhile two years have passed, I have almost 100 hours of testing and that again and again in the endlessly same first story chapter.

You can’t blame Larian Studios for not having any new content, but it always brought new classes, bug fixes, interface improvements and more, but no new stories. The game is called Baldur’s Gate and you still can’t make it to the town of Baldur’s Gate for 2 years.

Before we misunderstand each other: It’s actually a good thing that Larian has only published one chapter so far, otherwise the rest of the story so far would have been as boring and unexciting as the first chapter for me. Then I would have experienced half of the RPG completely incoherently and in between I might have forgotten what actually happened several times.

See also  ARK brings a popular fan mod as its own map, delivers 4 new animals at the same time

That would be like reading half of a book, but not in one go, just a few chapters every few months. So that would be stupid too and raises the question of whether a game with a linear story is suitable for Early Access, but where you can only experience a fraction of the story.

Lots of heart in the showcases, but is that enough?

You have to give Larian Studios credit: they do what they do with a lot of love and enthusiasm for fantasy and role-playing. This not only applies to the showcases in costumes, with music, fanart and a set design like on a LARP backdrop, but also to the content: character development, well-voiced dialogues, real decisions, many different solutions, regardless of whether in combat or in conversation – that always conveyed the feeling that real pen-and-paper friends were at work.

And now there are bards! I love music and the one in BG3 has always been great. Nevertheless, my joy at the great ideas suffered more and more from the long wait until the finished game and the constant restart: a new update always meant a new score.

Of course, when it came to trying out new classes and races, that meant: play the same stuff again! Then you start again with the character creation and with a not necessarily exciting epilogue. In it you fight your way through a tentacled flying ship until the part finally crashes and the actual game begins.

The beginning certainly has its appeal in terms of atmosphere: the disgustingly organic ship and the gloomy situation might be something… if you don’t already know every tentacle by name.

Yeah, it’s great that thanks to the updates I can now throw rounds with enemies – don’t get me wrong, bowling enemies with their own buddies is pure joy – but I’ll have to start a new game to enjoy it and endure the whole beginning over me again.

The hype was big… and what’s left now?

While I was very skeptical about BG3 Early Access from the start, the hype was way too strong for me to resist: I went a few weeks without getting the game, then I just had to have it.

Now, after two years, I’m sobered and wondering what’s left of the hype: little, I have to say. I see a new update from Larian and I shrug and think: Yes, that sounds nice, but I should see it in the finished game. Of course, the solution isn’t as obvious as saying, “Put it out!” of course it doesn’t do anything either.

It’s not that I’m angry and want to get my hands on it, on the contrary. Somehow I’ve become a bit indifferent and that disappoints me.

I’m just looking back with some sadness on the storyline and my emotions about the game that have been gradually eaten up by the Mind Flayer and hope that they will come back when Baldur’s Gate 3 is finally finished. Because let’s be honest: This game would be perfect for me and rekindled my old Dragon Age love… so that I’m hardly looking forward to the release anymore, you have to do it first.

But I’m not giving up hope just yet: I still have a little faith in the great enthusiasm when the finished game is ready.