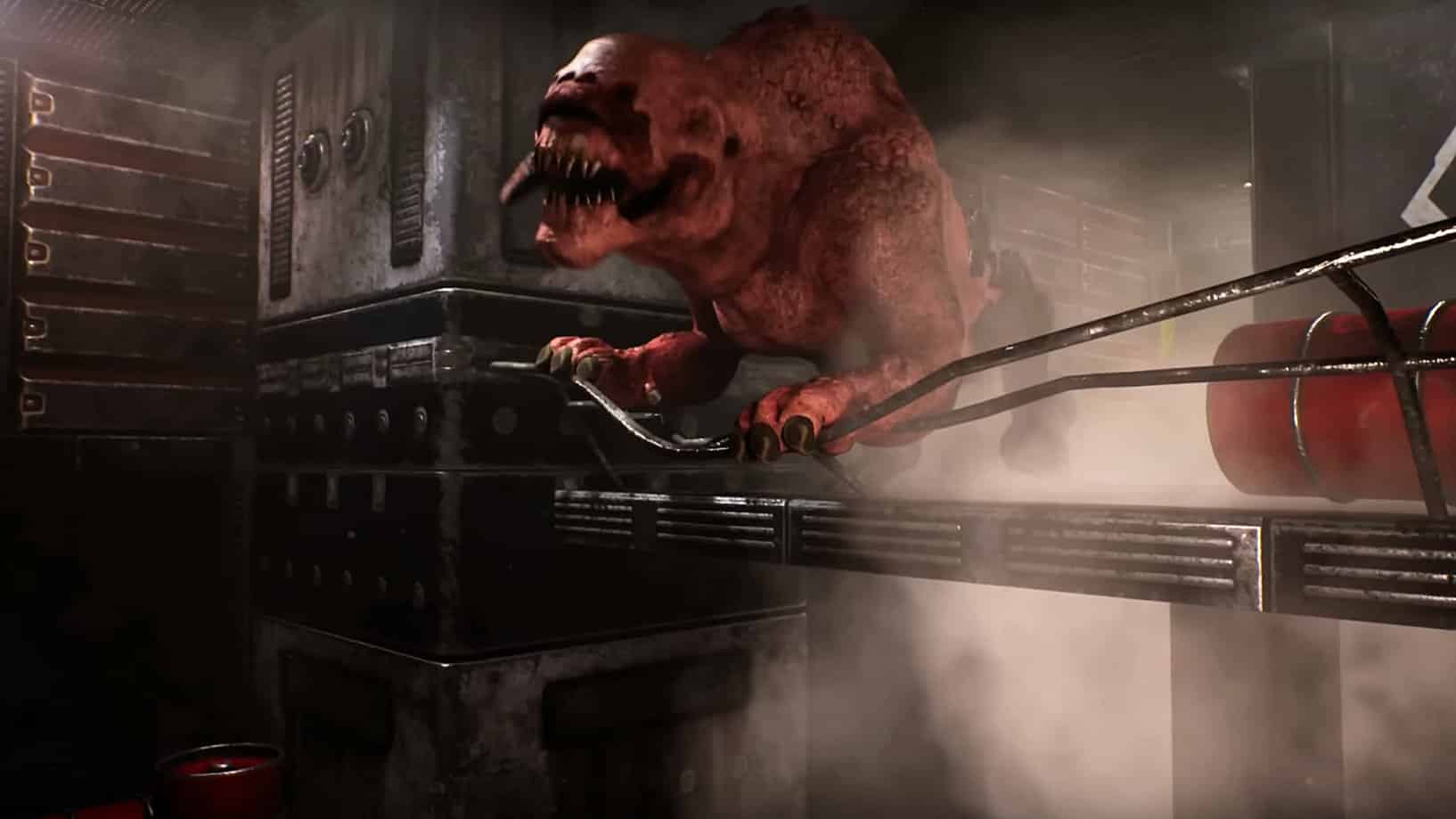 07/09/2022 at 4:15 p.m
from Alexander Ney –
3D artist François Montagud has released screenshots and video footage from his Unreal Engine 5 port of Doom 3. The moving images from the cosmetically operated first-person shooter captivate with dense particle effects and revised 3D models of some zombies and a demon.

François Montagud has been active in the field of digital arts for a long time and works in both two and three dimensions. After his fan demo of Sega’s Shenmue, the Frenchman is now back with (moving) images from Doom 3, which he revived at least in part using Unreal Engine 5. The video recordings in particular are convincing with visibly revised 3D models of some zombies, and Montagud has also committed the fleshy demon to more beauty. The authentic light effects and wonderfully dense particle effects also catch the eye. The artist leaves open whether Montagud has plans for the completion and publication of his porting.

Doom 3: Graphically impressive even then

The horror shooter Doom 3 was released in August 2004 and chooses the planet Mars in the year 2145 as the setting. The Union Aerospace Corporation (UAC) has risen to become the most powerful existing organization with almost unlimited resources and has set up a research facility on Mars that is outside legal and moral limits. The player takes on the role of a Space Marine who investigates the horrific experiments of the UAC department “Delta Labs”. They literally let all hell break loose in the complex, so that the hero has to defend himself almost non-stop using conventional and unconventional firearms.

When it came out, Doom 3 really impressed with its graphics and presentation. Here, the shooter benefited from mostly closed level rooms and prevailing darkness, which made many elements of the game look more impressive than they actually were. On the PC, Doom 3 achieved a metascore of 87 points, while the Xbox version scored 88 points.

Source: Dark Side of Gaming