Final Fantasy 7 Rebirth takes you to familiar locations, but not in the usual order! 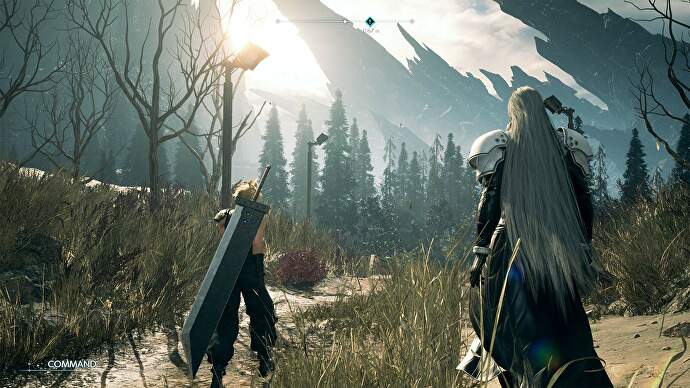 With Final Fantasy 7 Rebirth the next chapter of the classic remake is coming to the PS5 next year and as has now been announced, you will get to all the known locations from the original – although not quite in the order in which you knew them for the time being.

In 2023 you should be able to explore areas with Cloud and Co. that should be known to old hands in FF. As from a Japanese interview with the game magazine Dengeki emerges, but not quite as usual.

The interview took place with Executive Producer Yoshinori Kitase, Producer Mariko Sato and Creative Director Tetsuya Nomura and provided some details about the working process on the second part of the FF7 Remake and some hints on the world and story.

Those responsible explained that although all areas and key events from the original will also appear in the remake, the order of the journey would have changed somewhat. “It’s just that the order in which you visit the locations has been changed, but don’t worry, that doesn’t mean that some locations have been lost entirely are,” says Nomura.

Furthermore, the development team notes that choosing the PS5 as the exclusive platform this time was a great advantage for the creation of the next FF7 remake installment. The Integrade version before that was also a good test by fire.

“The fact that we produced FFVII REMAKE INTERGRADE after FFVII REMAKE also had an impact. Thanks to the switch to the PS5 environment, the development of FFVII REBIRTH went smoothly,” said Kitase.

See also  "That you can still experience it"

In general, one is still impressed by how quickly the development is progressing: “As I already mentioned in my developer message, the development speed is really amazing for a title of this size.”, Kitase continued.

Immediately after the PC version of the Integrade version, the team started implementing Rebirth. The total development time for the new part would therefore not even be three years if it is finished as planned next year.

Incidentally, the 3D models of the figures in Rebirth probably remain the same basic structures as in the remake – except for Yuffie. Since the later model from her personal special chapter in Integrade was used.

By the way, the last part of the FF7 new edition gets a nickname with R at the beginning again, which runs through. What could that be then? Revolution? reflection? fridge? We’ll see, but bets are accepted from now on!