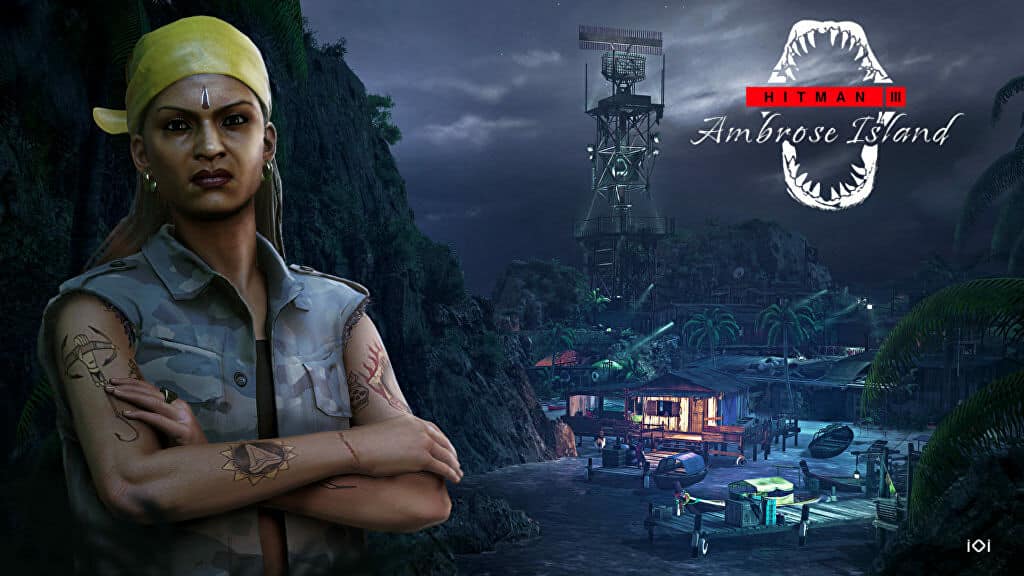 Hitman 3 and its closely-related predecessors already contain more murder sandboxes than I can handle, but IO Interactive continue to add more for free. Later this month, Hitman 3 receives Ambrose Island, a tropical island home to a “dangerous pirate syndicate” and whole new level level for Agent 47 to wreak his sneaky havoc within.

Here’s the trailer introducing the map:

Agent 47 heads to Ambrose Island to “help an old friend rectify his mistake”, which I’m guessing he accomplishes the only way 47 would know how: by killing people via thematically-appropriate paraphernalia like a bizarro-world Guybrush Threepwood. The map will be added alongside some as-yet undetailed quality-of-life improvements on July 26th.

Although this is the biggest, it’s not the only piece of content coming to Hitman 3 in July. On July 7th – hey that was two days ago – Hitman 1’s Bangkok level was added to Hitman 3 for free and for a limited time. It’s available to play until July 17th. The Himmapan Hotel wasn’t my favorite level from the first/sixth murder ’em up, but it was good.

Lastly, there’s a new “Iridescent Katana” to be earned via new Elusive Target Arcades which will arrive on July 14th, and the return of a previous elusive target, “the Food Critic”, to the Bangkok level on July 15th. You can read about the entire July roadmap, which also includes some community contracts, over on IO’s site.

Our Hitman 3 review explained that it wasn’t our favorite of IO’s modern trilogy, but that it was also so similar to its predecessors that you could consider them all one single, excellent game. It is nuts that already huge game keeps getting bigger.