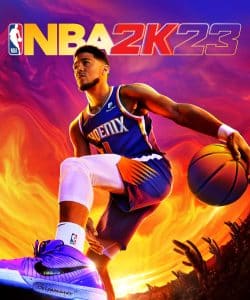 “To see myself on the cover of NBA 2K is a dream come true,” said Devin Booker. “I’ve been a huge NBA 2K fan since I was a little boy, and it feels almost surreal that I’m now one of the basketball greats who’ve made cover athletes myself. It’s also a great honor for me to share this year’s covers with Michael Jordan, who changed the game forever, and with both All-Time WNBA GOATs Diana Taurasi and Sue Bird, who in turn shape the sport of basketball.”

The Michael Jordan Edition will be available on PS4, PS5, Xbox One, Xbox Series X|S, Nintendo Switch and PC for €99.99. It includes 100,000 VC as well as the MyTEAM and MyCAREER content included in the Digital Deluxe Edition.

The brand new Championship Edition will be available on PS4, PS5, Xbox One, Xbox Series X|S and PC for €149.99. It includes a 12-month subscription to NBA League Pass for new and existing League Pass subscribers, a 10% XP boost for ‘MyTEAM’ Season progression, a 10% XP boost for Season Progress from ‘MyCAREER’ and an exclusive Michael Jordan-style go-kart from launch. In addition, there is 100,000 VC as well as the MyTEAM and MyCAREER content included in the Michael Jordan Edition. This edition will now be available in a limited edition and the digital version is only available by pre-order. Physical versions will be available in select regions at select retailers while supplies last.

Dual-gen access is offered by the Digital Deluxe Edition, Michael Jordan Edition and Championship Edition for PS4, PS5, Xbox One and Xbox Series X|S. They each contain a version of the game for one console generation within the same console family.

“It was obvious that Michael Jordan and Devin Booker had to be the cover stars for NBA 2K23,” said Alfie Brody, vice president of global marketing strategy for NBA 2K. “Michael made his mark as one of the greatest athletes in history and it is absolutely remarkable how he shaped the game over generations. Like Devin Booker’s fledgling but phenomenal career, MJ’s achievements will continue to inspire basketball fans around the world for years to come. And this year’s WNBA cover also celebrates two outstanding players in the league, Diana Taurasi and Sue Bird, who are still writing basketball history.”

The WNBA Edition will include Sue Bird and Diana Taurasi’s WNBA jerseys as bonus in-game content. In addition, NBA 2K is partnering with Every Kid Sports to support equal opportunity for women in basketball with a $100,000 donation. The donation covers the registration fees for more than 550 girls to participate in youth sports programs. 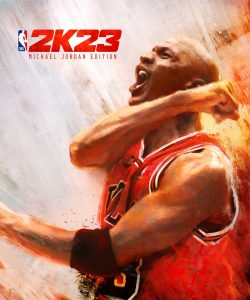