Stranger of Paradise: A Paradise for Final Fantasy Fans? We tested it 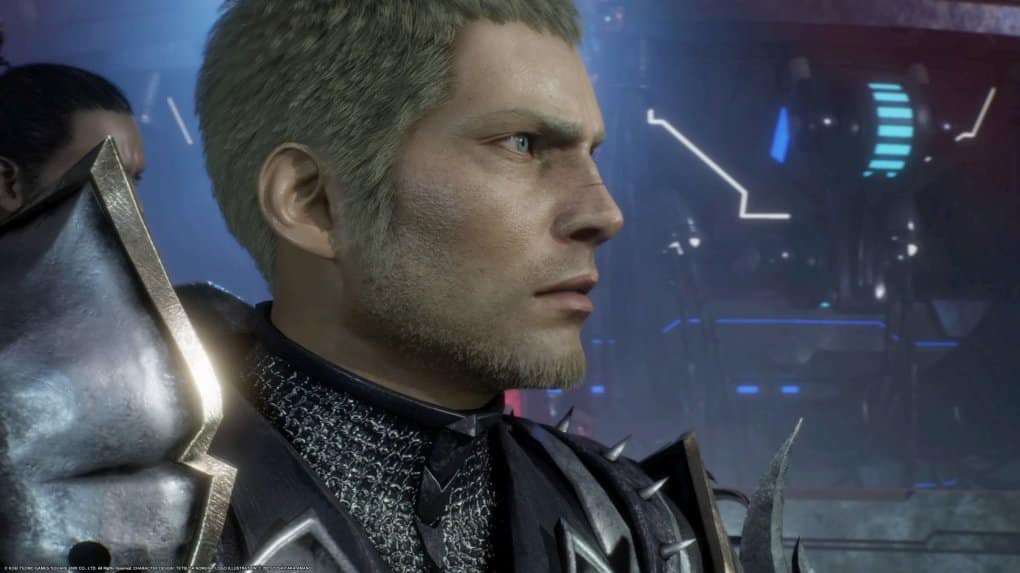 When a game bears the name “Final Fantasy” in its name, it inevitably evokes associations among fans of the iconic and long-established JRPG series. Expect cheesy moments in the story and in the behavior of the characters. Expect certain types of opponents like Cactuars, Morbols, and Tonberrys. One or the other expects a great production, while others expect a lot from the extensive job system, which plays a major role in the development of their own hero in all sorts of parts of the series. But what do you expect from a game that is called “Stranger of Paradise: Final Fantasy Origin”, i.e. hiding the reference to “Final Fantasy” way back? What happens when it’s not the Square Enix pros who are primarily responsible, but the people from Team Ninja? Honestly, what can I expect as a “somehow still” Final Fantasy newbie who mostly flirts with Soulsborne games?

Does the mix do it?

With Stranger of Paradise, I’ll just stick with the abbreviated version, I don’t expect a pure, classic Final Fantasy, but also no Bloodborne or something similar, but a mixture of both. And that, in my opinion, is what makes the game so appealing. The epic, at times hair-raisingly embarrassing staging of a Final Fantasy bursts into an action-packed and sophisticated combat system that is right on my wavelength. And I find that the most important thing about Stranger of Paradise is actually the combat system and the underlying job mechanics, rather than the story, which is based on the universe of the first Final Fantasy. So I’ll start this review with the most important!


Allow Jack! This is the only character you control, Ash and Jed, and then Neon and Sophia are just AI companions.

First of all, I have to say: The combo combat system is introduced to you in two tutorial missions, and at first glance they seem overloaded and overwhelming. But as annoying as it may be to have to drive with the handbrake on when you want to go full throttle into battle, it makes sense to learn the basics of the combat system first. To understand that different styles of play are linked to different types of weapons. And remember to go back to the very first mission every once in a while to learn all the weapon differences.

I didn’t do any of that, I’ll be honest, and I regret it in hindsight. If I hadn’t even tried the Pikeman’s Lances in between, I would have missed out on one of the most powerful tools in the entire game. However, I also started with Story difficulty because I didn’t want to deal with too many dials of combat and character development. There are four difficulty levels in total, and even five after the first playthrough. For someone like me who wanted to play through the story and experience short fights that didn’t require too much brain power, the second-easiest mode was just right. But if you are looking for really tough challenges and want to develop and adjust your Jack, the character you play, perfectly down to the smallest detail, then Stranger of Paradise will definitely hit the spot!

As already mentioned, Jack’s class depends on the weapons equipped. There are eight types and at the beginning it’s really cool to just switch around and find out which fighting style feels good. There is a basic job for each weapon. The pikeman is linked to the lances, the duelist to the daggers, the pugilist to the fist weapons, the mages to the mauls, and so on. If you use the weapons in battle, you gain experience and thus level ups. They bring you points for the job, which you put in the respective talent tree. At the very end of each 30-level job, you unlock advanced classes. A total of 28 different jobs can be unlocked with their own advantages and disadvantages, their own action elements, special abilities and buffs. Insanity!

And right at this point it should be said: It’s really worth changing your guns and getting a taste of another job. At first, I was only a duelist, who can use his Weak point skill to quickly create a devastating finishing move that can easily be used to clear the opponents out of the way. 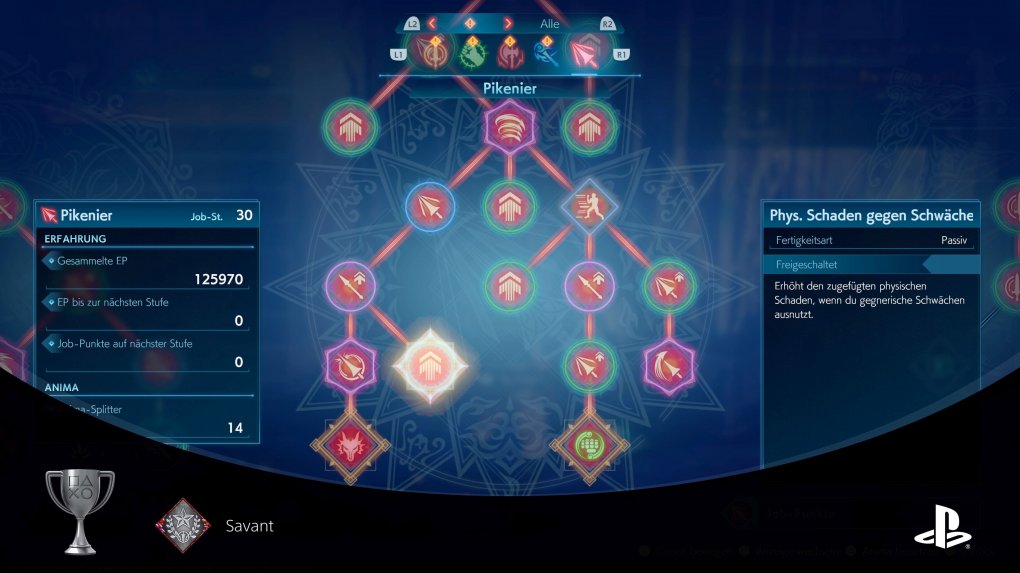 The pikeman is one of eight basic jobs. Then, once you’ve plowed through a talent tree, you’ll unlock more advanced classes.

The disadvantage, of course, is that you always have to engage in close combat. And as is the case with the fauna of Final Fantasy, there are enemies who only look askance at a melee fighter and they fall out of their shoes. So I tried out the pikeman, which has the incredibly awesome ability to throw the polearm with a spear dash. Ranged, yay! In addition, the skill is very powerful. From now on I preferred the pikeman and then tried many other weapons.

Now for the actual action combat system. You can perform light and heavy attacks at the push of a button, and charge the latter on top of that. This allows you to string together combos that are relatively easy to remember – and that’s why I recommend you to catch up on the weapon tutorials again. Because only when you can try out all the features of a weapon with peace of mind will you unlock its true potential. And that can definitely be described as enormous.

In combat, you can also use dodge rolls and block. This uses up Jack’s stamina, which is shown in the yellow bar at the bottom of the screen. You don’t have to block with pinpoint accuracy, but the longer you block, the more stamina is consumed. If you then stand there without stamina after a blocked blow, Jack will fall over. Not so good in the heat of battle. Special abilities can then be used via collected MP, the pikeman’s lance fall is such a skill. Or the spells of any mage job. 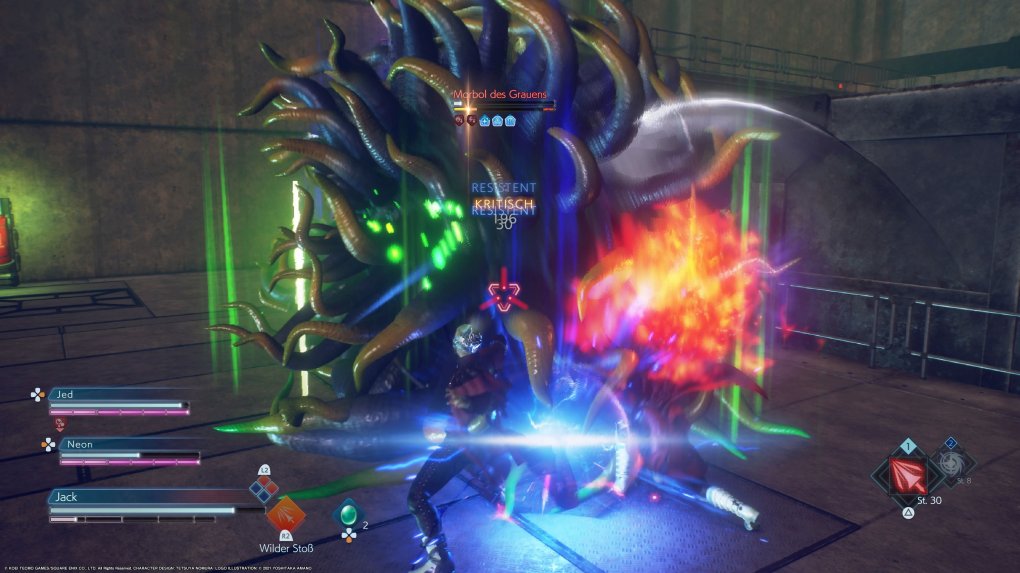 No Final Fantasy without Morbols! If you reduce the stamina (or stagger) bar to zero, then you can use powerful finishers that also make a Morbol appear as . In general, the finisher should always be your goal, especially to shorten annoying fights.

The fight is so fun because of two features in particular. If you have staggered an opponent, you can finish him. This helps with big heavy hitters as well as with group fights. Because only a dead enemy is a good enemy. Then he can’t do anything to you anymore. Feature number 2 is the ability to use the Soul Shield to counter, save, and knock back Jack’s opponent’s purple skills. Especially in the boss fights, this is a fantastic way to avoid damage to Jack and throw the monsters off course. You’re beating them at your own game and you should definitely take advantage of that! The timing isn’t too bad here either, but you should still practice it on harmless enemies. For later.

Garmin Philip
See also  Lost Ark: As an artilleryman you fight with fire shots and bombs - this is how you play it properly