Valkyrie Elysium: I didn’t mind the prophecies of doom after the first trailer 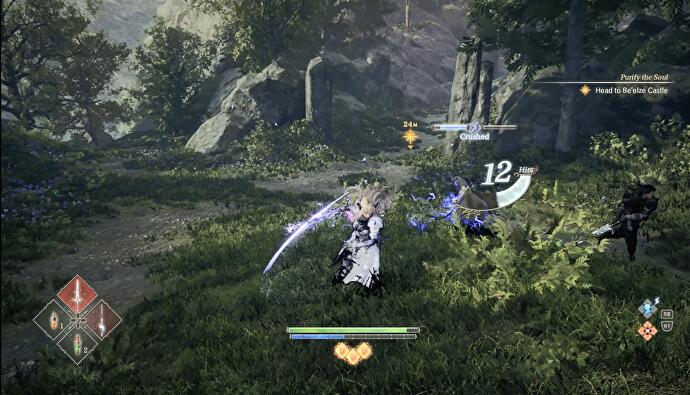 I’m really happy! Finally, there’s – soon, at least – a sequel to the Valkyrie saga that dispenses with massive grinding and a downright brazen notion of microtransactions. I still believe that the principle of collecting warriors could have been made into a great on-the-go game if the design concept hadn’t consisted solely of dollar signs, but good: Valkyrie Anatomia, which has long since gone offline, is no longer an issue anyway more.

And this is about Valkyrie Elysium, which, strictly speaking, is also “only” an offshoot, but after a long time it is again a big game for a current console. No remake, no DS title, no phone stuff. Admittedly, it doesn’t exactly look like a fat PlayStation 5 or PC production. What has been shown so far exudes more of the charm of a decent PS4 game. Which in many places was then acknowledged with bored sarcasm.

No Valkyrie Profile was ever considered a graphic bomb. The series is much more about atmosphere, music and the cool combat system and I just assume that all of that will also be available in Elysium. After all, as Valkyrie Maria you not only fight yourself, but also summon powerful Einherjar for special attacks. And I think those attacks are in some way tied to the real-time combos of the Profile adventures. Anyway, I’m excited to see how this plays out! Especially since the strong spells dem current trailer after course also play a role.

By the way, it exudes a certain Bayonetta flair and there can never be enough of that anyway. On the one hand, this is certainly due to the fact that for the first time in Elysium you fight actively like in an action-adventure (hence the half name change) and on the other hand to the thematic proximity to the kingdom of heaven. The fact that Nordic mythology serves as a model could explain the relatively colorless images, whose effect only unfolds in connection with Motoi Sakuraba’s music.

Finally, the composer of some of the most beautiful themes in Japanese RPG history is once again on board, which in itself is cause for celebration! Shame on me that I only discovered a certain Dark Souls in his portfolio a few minutes ago. At least now it is completely incomprehensible to me why his name is so rarely mentioned. But I digress.

So, staying on topic: even if Valkyrie Elysium doesn’t scream “system seller!” at first glance (as if Sony could use one right now…), I think it’s great that Square Enix is ​​treating this gem to a sequel. I can’t wait to finally ship strong warriors back to this very Valhalla!