You’re about to flirt with insane killers from Dead by Daylight – we ask the developers, “Why?!” 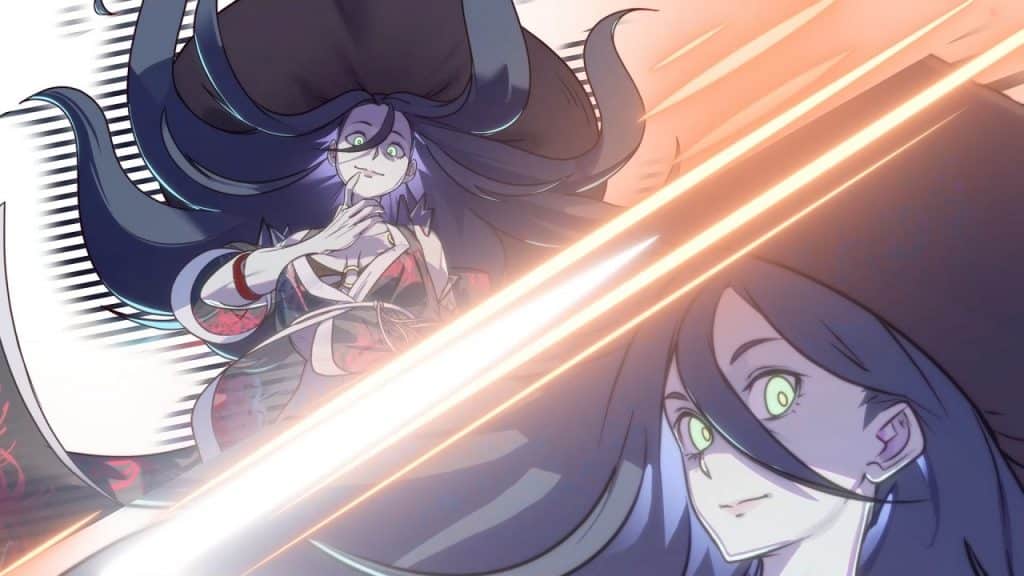 We at MeinMMO asked the developers in an interview about the killer dating sim “Hooked on You” what this crazy game is actually all about: After all, it’s a dating game, but you date the killers from “Dead by Daylight “.

When you think of Dead by Daylight, you immediately have matches full of adrenaline in your mind’s eye. Big, badass killers are on the hunt for four survivors who are frantically trying to escape from the circle or soon find a grisly end at the meat hook.

But then there were apparently enough players who thought: “This brutal, disgusting and cruel killer … somehow looks really hot!” There is no other way to explain why the developer Behavior thought: “Dead by Daylight needs a dating Sim!’ The result is Hooked on You, a dating sim where four of the chilling killers can be hooked up on the beach.

We asked the developers: what the hell were you thinking? And more importantly – can you date all the killers at the same time?

MeinMMO: Let’s start with a very simple question from all Dead by Daylight players who don’t check the game’s subreddits and forums. It can be summarized very well with: Why?

Behavior Interactive: This is probably the most important question.

Last year we conducted a community poll asking our players what other types of experiences they would most like to play in the world of Dead by Daylight. The dating sim idea was one of the top choices. Because she’s so completely wacky and crazy, we thought we had to implement that immediately! It was the same at almost every meeting with our team. People give you funny looks, snort, laugh, and then stop to realize that it is indeed awesome.

We’ve known for years that our fans crave hot content, and we’ve also seen some of the more intense fan fiction that has come out, so we decided to give them what they want. However, we needed to present it in the right way, with all the seriousness it deserves, which is why we teamed up with Psyop. With their help, we created our first visual novel, which I think is truly magical.

While it’s pretty obvious that Hooked on You won’t be set in the official Dead by Daylight canon universe, can we expect to see some new details revealed about the characters that could be part of their original story? Or is it pure fiction of a fiction?

When I go on vacation I’m a softer, more open version of myself, which is good for socializing. I also feel more talkative with a cool drink in hand while enjoying the warm sun on the beach – just like our killers at heart. So yes, they can tell unexpected things about themselves in this context. But through it all, they’re still the same dangerous and insane monsters.

How did you decide which killers will be part of the game?

This was a very difficult task for us because we know that fans have their favorite characters – and while we want to please them, we also had to decide on an original cast for Killer Island.

We’ve gone with fan-favorite characters, but also some of our oldest killers: the Trapper who is literally the poster child for Dead by Daylight, the Ghost played by so many, the Specter who is just so visually interesting and the Huntress, the most widely cosplayed. We felt that having these four as a core group would capture the imagination of a wide variety of gamers, so we made our choice.

Can you tell a bit about the different personalities of the killers in the game?

I’ll link to our killers’ dating app profiles because they explain it better than I do
could.

The Trapper: This alpha male, tall as a mountain, prefers to kill in caves, beaches and pools. Players can get ready to seek the trapdoor to his heart – and if he’s worth capturing. Or they screw up and become his next victim. He’ll have fun either way.

The hunter: The Slayer wants everything: love, family and someone to help her slaughter men in the forest. is she human a beast? No idea. But her arms are out of this world! Now this adorable squirrel-eating lady is out of the woods and ready to fly Cupid’s hatchet on her new quest for love.

The ghost: The Ghost is so much more than just sex appeal. Behind the sinewy man hides a quiet, curious, sensitive boy. Did that come across super weird? Yes that’s it. will we change it No, because the ghost wouldn’t do that either. He embraces everyone, no matter how super weird, and that’s what makes him special.

The ghost: The ghost isn’t your average goth girlfriend with a penchant for all things ghostly – she’s a ghost, literally. You’ll find her in the shadows with a stack of classic horror novels. She avoids every boring beach activity that keeps everyone else busy
are. The mind does not compete for hearts. If she wanted to, she would just cut it out with her katana.

One of the game’s slogans is “find love or die trying”, which is pretty grim for a dating game. Will the game actually have death as a possible outcome?

While we can’t reveal anything, it’s important to remember that these are actually killers. As previously mentioned, their personalities, which players have come to love in Dead by Daylight, remain the same – they are simply taken out of the entity’s world and placed in a more tropical setting. I would advise extreme caution in dealing with them.

While the first trailer looks pretty nice, the game still seems to include some of the more sinister aspects of Dead by Daylight, such as the ghost being cut into pieces, revealing flesh, sinew, and bone. Will this level of “gore” be found in other parts of the game?

It was very important for us to preserve all aspects of our killers. The mind is what it is – marrow and bones and all. We just thought it would be so much fun to transport our killers from this grim, terrifying environment – the entity realm – to this sunny, exotic, sexy place. We love this dichotomy that these two universes represent: yes, our killers are sexier and nicely dressed, but they’re still, you know, menacing and dark.

Can we expect other characters from Dead by Daylight to appear in the game, maybe as supporting characters? Or will it focus exclusively on the trapper, the slayer, the specter, and the ghost?

This is without a doubt the trickiest question. So many of our fans have their favorite characters and look forward to spending a special time with them. We got that. And while this is the first visual novel in the Dead by Daylight universe, I have a feeling it certainly won’t be the last time we tell these kinds of stories. We’ve opened a box here that our fans will never let us close again. Not that we would even want that!

Dead by Daylight players usually can’t get enough of… well, everything. Since Hooked On You is a dating sim, will there be a possible “harem” route where you get together with all the killers?

That made me laugh! We know our fans’ unquenchable thirst, and we’ve visited the more delightful sides of our community. Never say never – but for now let’s just say we’ll focus on a one-to-one dynamic.

While “Introduces Sex in Dead by Daylight” was a more “meme-like” request from the community, the announcement of Hooked on You has given fans hope. But the question remains unanswered: will there be sex in the game?

The game is intended for an adult audience, and since it’s a Dead by Daylight dating sim, there are bound to be surprises. Besides that, is it NSFW? Well, fans have to experience it themselves to see it! Dead by Daylight has always focused more on building suspense and anticipating the action than on graphics, but we’ll let you find out for yourself.

Will you be playing Hooked on You when it releases later this summer? Or is the game clearly too wacky and is only played on the secret second account that your friends are never allowed to see?