YouTuber criticizes the ARD and ZDF network for being non-transparent 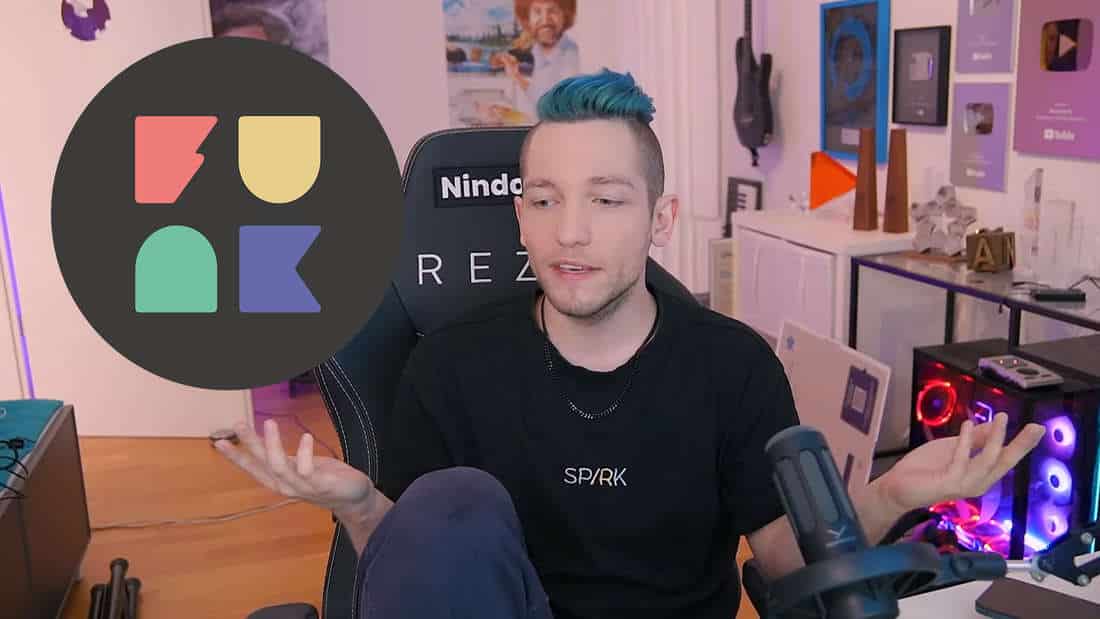 Like hardly any other influencer, Rezo stands for initiating social debates and expressing targeted criticism. Now he has released a new video that went viral.

Aachen – YouTuber Rezo has been known to many people in Germany since 2019 at the latest. The influencer from Aachen, who is very active on Instagram, Twitch and YouTube, published a video titled “The Destruction of the CDU” on the Internet at the time and caused the former governing party to explain itself with his detailed criticism. To date, the video has been viewed almost 20 million times and sparked a lot of discussion. In his latest video from July 6, 2022, he raises serious allegations against the journalistic working methods of the YouTube channel “offen un’ Ehrlich”, which is part of the public radio network.

Rezo: The influencer is heavily critical of funk

Who or what is “funk”? funk is the name of the German online content network of ARD and ZDF. The network has been producing content for teenagers and young adults since 2016. funk publishes much of its content across the internet and various social media platforms. The network operates many different YouTube channels, including “offen un’ Ehrlich” which sees itself as an online investigative format and produces reports.

Background: How did Rezo’s new video come about? Rezo publishes a podcast together with the influencer JulienBam. The podcast was also about the funk network and Rezo and JulienBam jokingly challenged the network to deal with the advertising partners of the two influencers. The editors of the YouTube channel then contacted the two influencers “openly and honestly” to take up the challenge.

The channel produced a corresponding video in the coming weeks. In the course of the production of the funk video, however, Rezo was able to gain impressions of the team’s working methods, which he found critical. The YouTuber then released his new video.

What is Rezo’s new video about? In his 26-minute video from July 6, 2022, Rezo reports what his contact with the research team of the YouTube channel “offen und’ Ehrlich” looked like, which of their approaches surprised him and which aspects of their working methods he finds questionable . He clearly criticizes funk and denounces opaque behavior. The video has been viewed a million times (as of July 8) and has been trending on YouTube.

In his video, Rezo says, among other things, that he finds it surprising that funk already informed him in an email before the end of the research what her final statement in her video would be. Funk then admitted to Rezo that the tenor of the video was already clear before Rezo was asked or the research began.

In addition, the “offen un’ Ehrlich” team seemed to want to talk specifically about Rezo’s advertising partners, who were criticized in public. However, Rezo hadn’t worked with specific companies for years, which gave the impression that the team from “offen un’ Ehrlich” deliberately chose brands in order to evoke specific associations.

According to Rezo, the interview material was withheld by funk, but it was apparently leaked to him. The final reason given was that the radio channel den “Influence on the further use of the material” wouldn’t want to lose. Rezo denounces the associated lack of transparency of the public YouTube channel.

Lack of research, polemics and misleading: But Rezo’s allegations go even further: According to Rezo, the journalists behind “offen un’ Ehrlich” only did superficial research without dealing sufficiently with the background. For example, funk criticized individual advertising partners of Rezo, which ultimately turned out to be meaningless. After Rezo was able to refute the criticism in an answer to funk’s questions, funk then no longer wanted to use the question in their video.

In addition, in their interview with Rezo’s advertising partner, the journalists seemed visibly uninformed about the topics they wanted to interview. In an interview clip that Rezo shows, a journalist gives the impression of being unprepared. In addition, Rezo accused the channel of “openly and honestly” polemical exaggerations, suggestions and even misleading statements and irrational arguments, which he substantiates with examples from the funk video.

Rezo: His community also reacts with criticism of the influencer

How does Rezo’s community react to his new video? Although the influencer finds a lot of approval from his community under his video contribution, there are also more critical voices in the comment area that would like Rezo to be more differentiated.

Rezo: His allegations don’t put funk in a good light

How do you classify Rezo’s video? If the points of criticism raised by Rezo are substantiated, his video would not cast a good light on the working methods and the journalistic standards in the editorial office of the funk channel “open and honest”. It would also not be the first time that funk has come under criticism with a media offer.

See also  Lost Ark: Experts talk about the best DPS class and only 4% of you play it

In the past, Rezo has already dealt very intensively with various socially relevant topics such as the CDU, corruption in politics or Fynn Kliemann. The influencer is often reflected and has been able to argue his criticism in the past in a comprehensible and factual manner on the basis of facts, which has given him many young and politically interested viewers.

How does funk react to the allegations? The channel of funk network responded with a succinct response in the YouTube comments section on the day of publication: “Hey Rezo, thanks for your criticism. We check the allegations with “open and honest” and then get back to you. Give us some time.” It remains to be seen when the network will report back in detail with a statement. Those responsible at funk should now deal intensively with the internal editorial processes, because the allegations of the influencer weigh heavily.