Diablo Immortal in the test: We speak plain language about the Pay2-Win game

Another enemy is catapulted across the room by a punch from my Monk. Bright effects flash through the dark dungeon, my character scurries like a Tasmanian devil through the hordes of monsters, I’m just inspired by a shrine bonus that increases my attack speed. My eyes are dry, my neck is also quite stiff and I still want to keep staring spellbound at the large display with the game that is intended for small monitors: Diablo Immortal is here and I can not only play it on my smartphone, but also on my PC – like Diablo 3 once did. And also Diablo 4 in the future. You probably wouldn’t have thought of that in 2018, when it was said “Don’t you have cell phones?” How strong the monetization would be, that one could not have imagined either. But over the next few pages, I’ll not only look at whether Diablo Immortal is the vicious Pay2Win hell that many think it is, but also whether it’s a fun action RPG. Both on PC, tablet and smartphone.

Blizzard President Mike Ybarra defends Diablo Immortal’s heavily criticized payment model. Was there anything else he could do?

A good month after the release of Diablo Immortal, it turns out that the Diablo Mobile offshoot is (unfortunately) the expected cash cow.

See also  Rumor: New Fire Emblem main game has been ready for over a year

Don’t you have cell phones? Then PC!

Above all, of course, some gamers are still pondering: Is Diablo Immortal now a genuine full-price title in Free2Play guise thanks to the PC release? I can quickly give the answer: Immortal remains mobile first. This game is optimized for you to experience it on a (powerful) mobile device. The PC version is described as an open beta, although it has exactly the same features as the mobile version. And that should probably excuse some of the quirks you find on the PC for the time being. You can’t zoom the camera setting in or out, so the game is too close to the action for a good overview. This is of course optimized for small mobile phone displays. 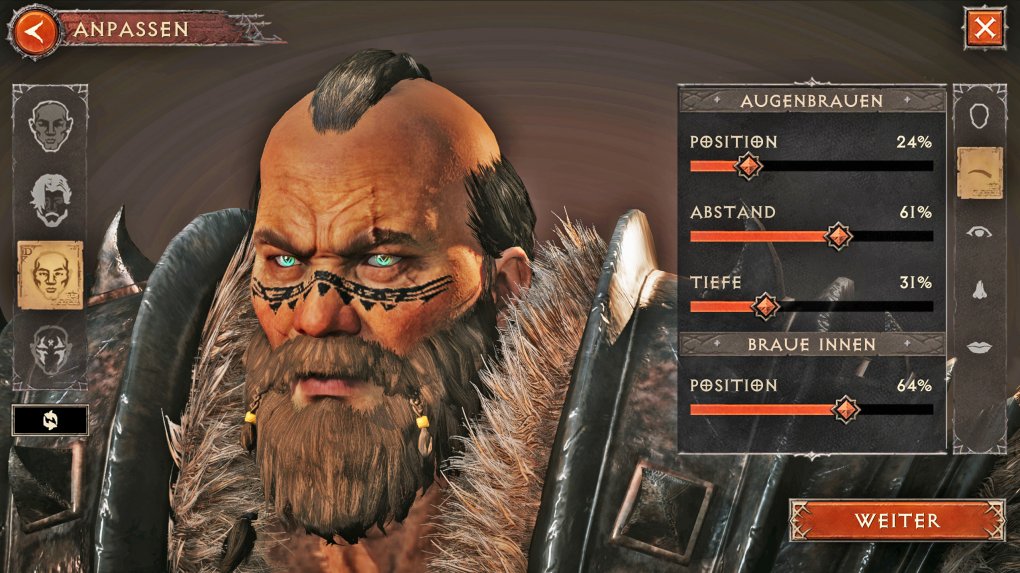 The character editor lets you customize your warriors with hairstyles, hair colors, tattoos, beards, make-up and more! It’s just stupid that the face usually disappears under a helmet.


And graphics settings? in short supply! Anyone who wants to play on a monitor with a resolution of more than 1920×1080 pixels will look into the muddy tube. So if you have a 2K or even 4K monitor, the result is an unattractively stretched image mud. But small things are also annoying, such as the lack of scrolling options using the mouse wheel. Because don’t forget: the game acts as if it doesn’t know what a mouse is. Accordingly, you have to “scroll” through the inventory to the content while holding down the mouse button. On page 2 we go over how “mobile first” also brings practical features and the graphics of the game.