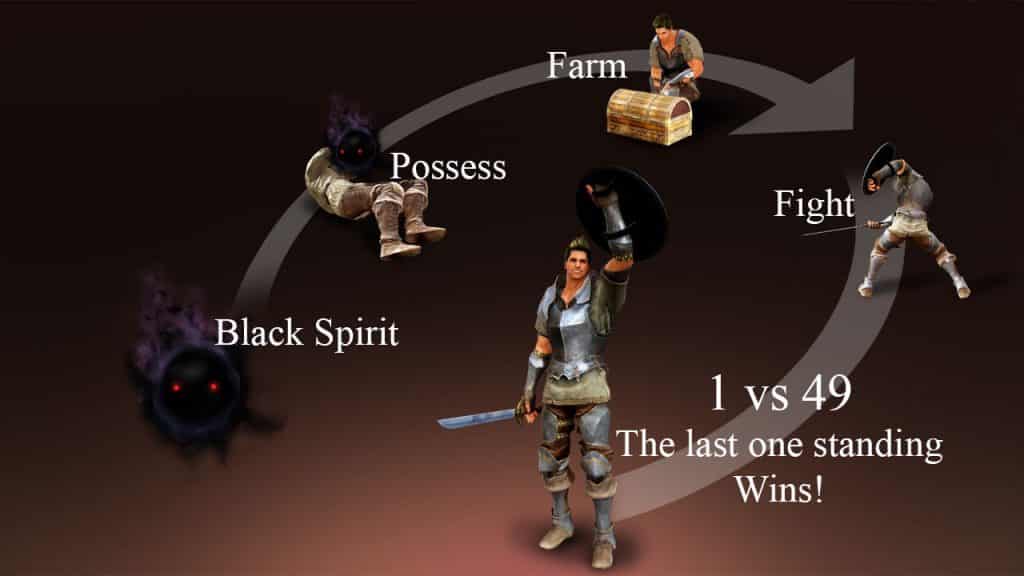 In 2018, the hype for battle royale in gaming was all the rage: the MMORPG Black Desert also wanted to benefit from it somehow. They developed “Shadow Arena”, a “Battle Royale” mode for the action MMORPG – but the mod failed. The concept still appeared as a separate game on Steam in May 2020 – but nobody ever wanted to play it. Now it will be discontinued.

This was Shadow Arena originally:

Originally, the MMORPG Black Desert 2018 got a Battle Royale mode with “Shadow Arena”. There you started as a black spirit and took over NPCs.

But the whole mode didn’t really work within the MMORPG.

Instead of dismissing the idea as a mistake, Pearl Abyss got so caught up in the idea that it was later even brought to Steam as its own game. But there was no success.

MMORPG in fast forward as a 15 minute round

This is how it was as a separate game: The idea was to turn the MMORPG Black Desert into a “fast-paced, PvP-heavy experience.” The idea apparently came up around 2018 as a result of the hype that first Fortnite and later Apex Legends and Call of Duty: Warzone triggered:

A kind of “mini MMORPG on speed” in which the progression is extremely accelerated.

You not only collect equipment, but also level up on PvE opponents and learn new skills. You’re playing an MMORPG in fast forward mode. A round takes about 15 minutes on average.

What was the problem? The problem was that Pearl Abyss tried umpteen versions of this idea and none worked.

Apparently, hardly anyone wanted to “play an MMORPG in 15-minute rounds” in any of the possible versions.

The problem is that once such a multiplayer game is “deemed dead”, it never recovers. Because people log in, find no players and log out again.

How did it go on Steam? The game did really badly on Steam: In May 2022 it started already low with 1,850 players. But they were gone quickly.

In January 2021 there were already 33.5 players who were online at the same time on average per month. In the last few months, practically no one has played the game at all.

Reviews stand at a modest 55%, including comments like “Fun but dead.”

This happens now: Pearl Abbys is now killing the idea for good. They say: Despite the efforts to bring many elements into the game, it is “inadequate”: From now on there will be no more downloads, the servers will go offline on August 10th.