Obituary – The life and work of the Yu-Gi-Oh inventor 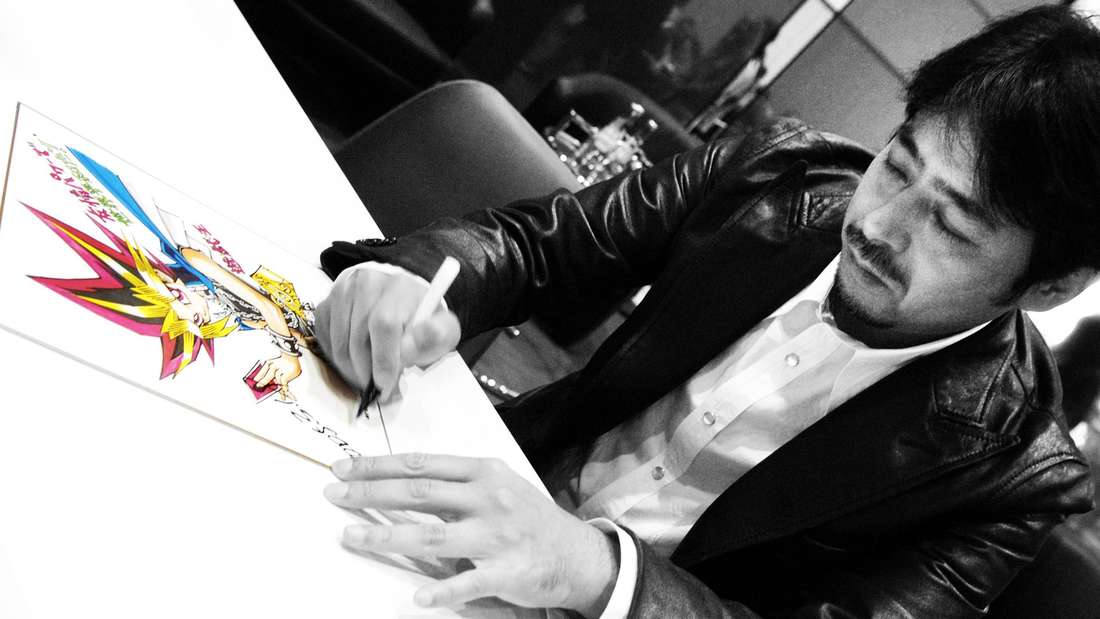 Kazuki Takahashi, the creator behind “Yu-Gi-Oh!” passed away in July 2022 at the age of 60. We look back on his life’s work and legacy.

Okinawa – On July 6, 2022, the Japanese local newspaper Okinawa Times reported that the coast guard was able to recover a body floating in the water. The man was identified a day later. It is about Kazuki Takahashi, the author and mangaka, who gained worldwide fame in particular with the manga series “Yu-Gi-Oh!”. “Yu-Gi-Oh!” spawned several animes, numerous video games for PlayStation, Xbox, and Nintendo systems, as well as the world-famous “Yu-Gi-Oh!” card game. In this article, we would like to look back and say goodbye to Takahashi’s life and works.

Who was Kazuki Takahashi? Kazuki Takahashi was born in Tokyo in 1961, real name Kazuo Takahashi and has always had a passion for drawing. Before becoming a manga writer, he was an illustrator and by the age of 20 he was working as an advertising designer for a video game company. In general, Takahashi had a soft spot for games (including shogi and majong), which was also reflected in his work. Takahashi saw himself more as a designer than a manga artist, which may also be due to the fact that he was rejected with his concepts for manga for many years.

His first work as a mangaka “Tokyo no Tsuma” he published in 1990, appeared only two years later “Tennenshoku Buray” which consisted of two volumes. However, success remained a while until Kazuki Takahashi 1996 with “Yu-Gi-Oh!” (in German: The King of Games) made the breakthrough. With the success, Kazuo Takahashi also changed his stage name to “Kazuki Takahashi”.

The manga was published weekly from 1996 to 2004 in the Japanese manga magazine “Shōnen Jump”. In the mid-1990s, the magazine was one of the best-selling print media in the world, with a circulation of more than 6 million copies. Kazuki Takahashi benefited enormously from the magazine’s popularity during this period.

The “Yu-Gi-Oh!” Anime: The extremely successful manga was followed by the first anime adaptation for Japanese television in 1998. Takahashi co-wrote this first adaptation, which was produced by Toei Animation (the studio behind One Piece). As of 2008, Kazuki Takahashi was no longer involved in the implementation of the anime. To date, there are three main series (including four movies) and a total of six spin-off series of Yu-Gi-Oh!. Arguably the most popular anime to date remains “Yu-Gi-Oh! Duel Monsters”, which aired from 2000 to 2004.

“Duel Monsters” is the second adaptation of the manga and comprised 224 episodes in a total of five seasons. The series deals with the adventures of the student Yūgi Mutō, who has to face various dangers in the realm of shadows with his friends. The eponymous card game “Duel Monsters” plays a central role. For German television, the version was often significantly toned down in its dialogues and brutality in order to appeal to a younger audience.

The Yu-Gi-Oh! Video Games: “Yu-Gi-Oh!” has a total of 56 video games (as of July 2022), spread over 21 different systems. This incredible number is representative of how big and popular the brand is to this day. That’s not surprising either: Hardly any other manga is as suitable for a video game implementation as “Yu-Gi-Oh!”, The core of which is already a card game with fixed rules and systems. The games in the series were primarily published by the Japanese publisher Konami.

One of the best video games in the series to date is Yu-Gi-Oh! The Eternal Duelist Soul, released for Gameboy Advance in 2002. The game is considered a favorite by critics, and at the time it had a meta score of 81 points. While Kazuki Takahashi may not have been personally involved in the development of most video games, those games would probably never have seen the light of day without his manga template and creativity.

card games: The official Yu-Gi-Oh trading card game is based on the fictional game Duel Monsters, which is frequently played by the characters of the manga and anime. Konami has been selling the card game since 1999 and is estimated to have sold around 35 billion cards worldwide by 2021. Official tournaments with hundreds of players take place regularly, and world championships are also held. There are around 10,661 different playing cards in total, some of which can achieve prices of up to €20,000.

Some of the cards have been completely redesigned by Kazuki Takahashi over the years. The cards are characterized by special artwork, which can be recognized by a signature on the lower right edge of the picture. But in addition to “Yu-Gi-Oh!” Kazuki Takahashi developed the card game “Advent Heroes” which was based on his preference for western comics (such as “Hellboy”).

Kazuki Takahashi has lived a fairly quiet life for the past twenty years, rarely appearing in public. He has recently been working on smaller projects such as the short manga “The COMIQ” (2018) or a crossover between Marvel Comics and Shonen Jump (2019). He also releases a few artworks on social media every few months. On his Instagram page, which has since been made private, Kazuki Takahashi’s profile description sounds modest and friendly: “I do illustrations, comics and drawings! Nice to meet you!” Much more understatement is not possible.

One thing is certain: millions of players and fans will never forget the mangaka from Tokyo. We would like to take this opportunity to thank Kazuki Takahashi for all the good times and fantastic memories he gave us with his characters and stories. Saying goodbye to Takahashi might be a little easier considering how many strangers he’s made friends through his card game.