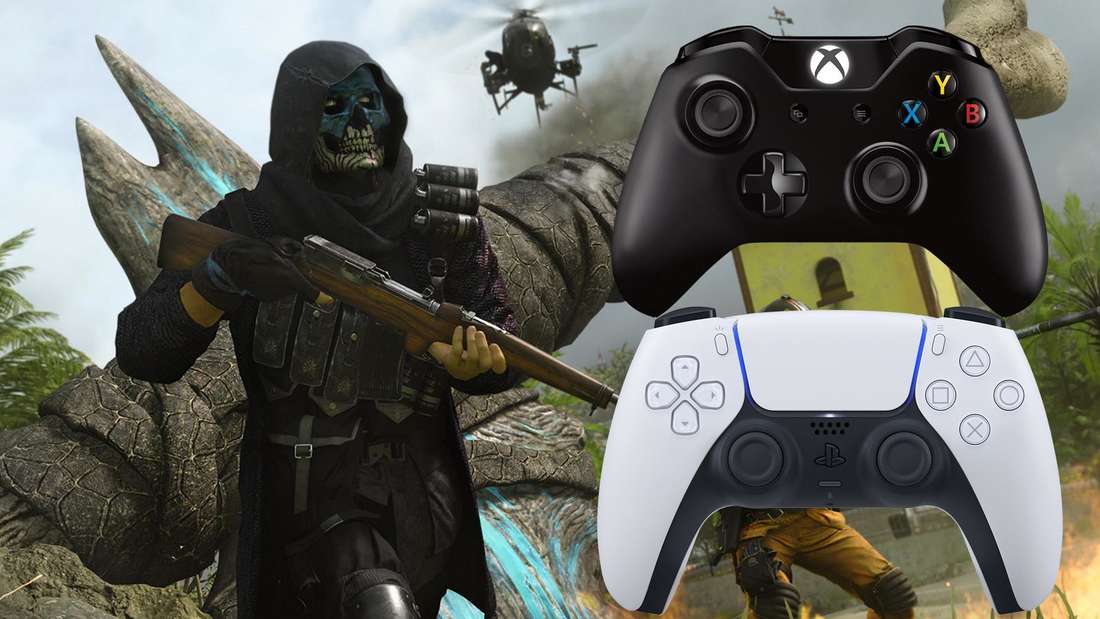 In Warzone, professionals hit practically every shot, the weapon never seems to warp. A streamer explains why this looks so unfair for gamers on consoles.

Santa Monica, California – Streamers regularly dominate matches in Warzone. Expert JackFrag now explains why viewers always wonder about recoil that seems so weak. He shows detailed settings and explains how unfair this really is compared to PS5 and other consoles. One old issue in particular plays an important role in Activision’s Battle Royale.

Warzone: Streamer answers most common question: “Why don’t you have recoil?”

This streamer explains: JackFrags has been one of the most well-known experts in Call of Duty and other shooters for years. His tips and setups are welcome in the Warzone community. On YouTube, for example, he has 3.87 million subscriptions (as of July 2022).

JackFrags says every stream asks him why he seems to have so little recoil. In his new video, he now explains why streamers make it look so easy in shooters and what the professionals do differently than the viewers.

These are the differences to the viewer: According to JackFrags, the “problem” is that the majority of viewers play on consoles. He and his streamer colleagues like JGOD, on the other hand, are mainly on the PC. And on the PC, the professionals have settings that make the difference in the recoil of the streams and videos. The differences apply to Warzone, but also other CoD parts and even other shooter series like Battlefield.

Settings for Warzone on PC are missing on consoles

These settings in Warzone are about: If you click through the Warzone menus on the PC, you will find significantly more options than on the PS5, for example. Especially a few single loads make the big difference:

Warzone: How big is the difference between PC and console?

Do streamers have less recoil now? JackFrag clearly says no. Streamers have the same recoil as players on consoles. The setting options on the PC only fool the viewer into thinking that the recoil is less. For comparison, he shoots at walls with different options and indeed: The bullets show the identical recoil. The weapons just feel less kicking, the firing looks smoother on the PC and it also plays more comfortably due to the less wobbling.

In addition, the pro reveals that he and his streamer colleagues play the best attachments for weapons. This is how they turn horizontal (left-to-right) recoil, which is difficult to control, into vertical (top-to-bottom) recoil. According to JackFrag, however, the AimAssist on the controller is quite good at making the gameplay fairer compared to the precise mouse.

You can see the tests and explanations for the seemingly lower PC recoil here in the video:

Less recoil in Warzone – tips for PC and consoles

How to meet better in CoD: It doesn’t matter whether you’re playing on PC or on a console in Warzone, we have tips for you to help you meet. You will find guides and the best setups that will help you depending on the controller or mouse and keyboard and make you a winner.

The most important guides to warzone

Warzone: Better aim on consoles with 80 FOV – top tip from the expert

Controlling recoil in Warzone – The best tips for better aim

The best audio settings for Warzone

Have you ever caught yourself scolding the streamers who always hit it so easy? Do you see things differently now that a pro has clarified why the guns seem to have less recoil?