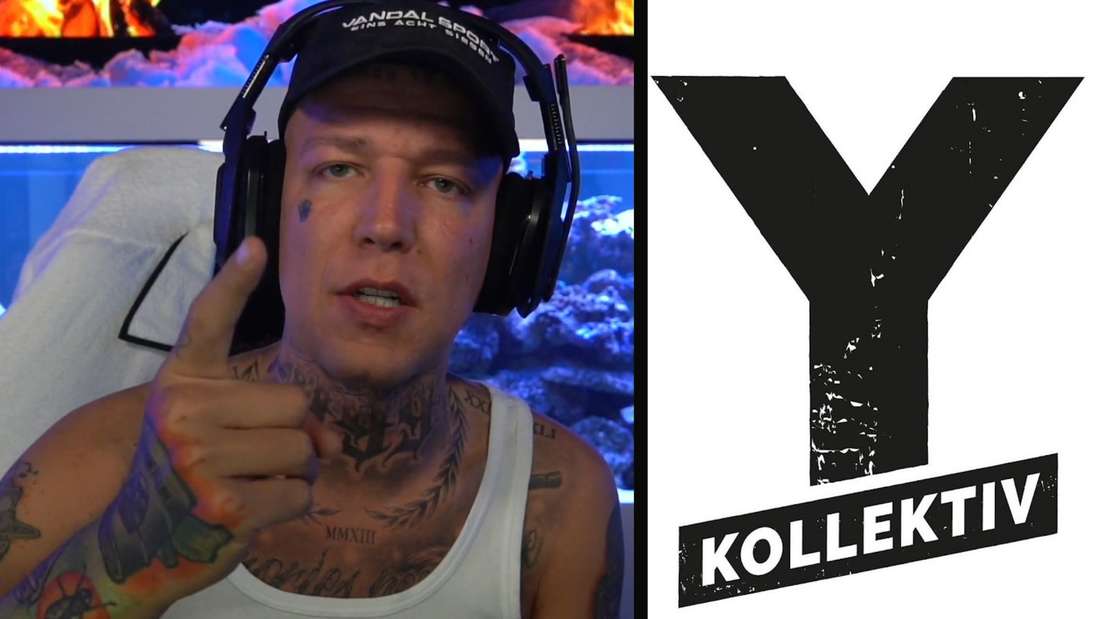 MontanaBlack gets emotional while watching a documentary by Y-Collective. He calls on his Twitch community to donate to poorer people – and becomes active himself.

Buxtehude – Almost 14 million people in Germany will be affected by poverty in 2022. A new Y-Collective YouTube video featured two of them and followed their daily lives. MontanaBlack watched the video on his Twitch stream – at the end the streamer called for a fundraiser.

This happened in the stream: Twitch streamer MontanaBlack checked out his stream Video of the Y collective on. In this documentary, the YouTubers follow two people suffering from poverty. The fate of Lukas, 27 and Hartz IV recipient, is of particular concern to Monte: “Watching the video where I’m doing so well right now is a bit weird. But I’ve also been in the situation that they are in, where I didn’t have anything“ – like every sixth person in Germany. That’s almost 14 million.

And MontanaBlack also said that he grew up in poverty as a child.

Monte captivates his viewers: What really went against the grain of MontanaBlack were some comments from his Twitch viewers. Specifically, it was again about Lukas, about whom some Monte fans spoke disparagingly:

See also  The X-59 warms up: NASA expects its new supersonic and silent plane to make its first flight before the end of 2022

Monte gets serious: “Never judge people by their looks or because they receive Hartz IV‘ said MontanaBlack seriously. Otherwise Monte is more known for entertainment in his streams. Here’s how MontanaBlack injured himself while playing Switch at his own desk. Or Monte tells of his love night with a viewer that ended painfully for him. When it comes to prejudice and Hartz IV, however, the fun stops for him: “It’s often not the people’s fault.“

MontanaBlack starts appeal for donations – its community should become active

To this end, Monte calls: In Germany, people are considered poor if they have less than 60 percent of the median income. So everyone who earns just over 1,000 euros a month. According to MontanaBlack, two segments of the population should never have to live in poverty: “Children and people who have worked their whole lives and when they get old can only afford bread and water.Then Monte made a decision: after his chat sent him Lukas’s Twitter profile, he called for donations.

This is what MontanaBlack buys for Lukas: There is a link to an Amazon wish list on Lukas’ Twitter profile. This allows people to buy products that someone else has put on their wish list – as a donation or gift. “Sheets, pens, toothbrush and clothes: 352 euros” Monte reflects his purchase for Lukas – and puts it in relation to his currently “simpler” life: “For me that’s five minutes on a good casino night.One thing is clear: it shouldn’t sound arrogant, but rather show the imbalance in the distribution of wealth.

This is how Luke reacts to Monte: Lukas quickly noticed that MontanaBlack was watching the video of him, since apparently donations in kind were suddenly being made en masse. On Twitter he wrote: “It’s just like Christmas & birthday together for me. Huge and endless thanks to the GetOnMyLevel community & MontanaBlack.For your information: Lukas suffers from cluster headaches, which can put him out of action several times a day. According to MontanaBlack’s call, he should at least not have to worry about clothes, food and cat food for the next few weeks or months.