WoW: The hunter in Dragonflight – our expectations, our wishes

As a pure DpS class, it is particularly important for the hunter that each of the three ways of playing feels unique and special. Blizzard’s developers may not have done a great job in this regard, but they certainly did a decent job. Especially compared to before, when all three specs basically played the same and you only had to exchange a few skills in the bar. However, what the hunter is missing today more than in the past is a unique selling point. Or have you ever noticed negatively in recent years if you didn’t have a hunter in the raid?

Danger: There is now a first official presentation of the hunter talents for Dragonflight!

The pets are the central element for many hunter fans. Unfortunately, these are no longer relevant. That doesn’t mean they don’t do damage anymore, but rather that it doesn’t really matter which pet you bring into battle anymore. Because the days when hunters could replace a whole range of buffs and debuffs from other classes with their pet are long gone. things like heroism / battle frenzy still works, but revives in combat or relevant buffs and debuffs? none. And this is exactly where the developers can start. Could the hunter have effects like Arcane Intelligence, Chaos Brand or mystical touch Bringing it along as a pet would strengthen its position and at the same time reduce the blatant dependence on individual classes. As a hunter, we would definitely like that.

See also  PS Plus: Games in May 2022 – release, rumors and speculation

Wow: This is how you unlock the “Dark Rangers” for elves

Three races of elves are getting new character customizations in Patch 9.2.5 that make them look like Dark Rangers. We have all the information!

The WoW developers give us a deeper dive into the philosophy of crafting reworks in Dragonflight and crafting with quality.

The marksmanship hunter is currently one of the types of play that play very well and have no major weaknesses in terms of rotation. The damage looks pretty decent too. That was it already. Aside from damage, the Marksman doesn’t bring much to the tableau – mostly nothing that others don’t have up their sleeves. As soon as the MM-Hunter is not “top of the pack”, nobody really needs it anymore. And this is exactly where the developers should start. A DpS class that is taken purely for its damage is okay, but not optimal.

In practice, it would probably be enough if the marksman hunter got a few improved utility skills – for example via the class talent tree. How about, among other things, an ice cold trap that doesn’t break at the sight of a DoT? Or a knockback for which you have to get within a nose of your opponent? Even little things like that would help to make you feel a little more helpful as a marksmanship hunter away from the damage. Also, for a little more utility, it would be great if the MM could at least fall back on a toned down version of the pet buffs even without pets. Because currently it means a high DpS loss if the accuracy hunter needs a pet for a special ability. 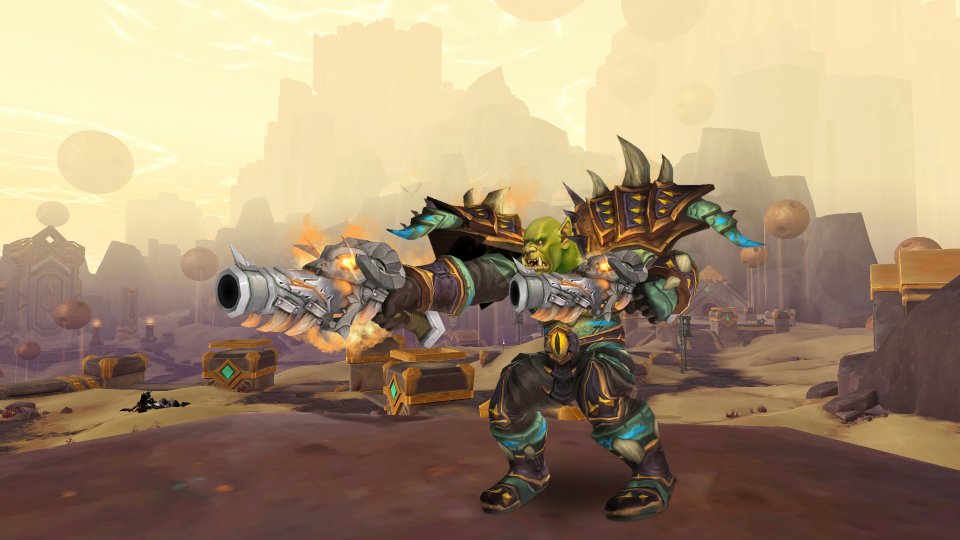 A gun is good. But two guns are better. If Fury Warriors can wield two greatswords, why shouldn’t Marksmanship Hunters wield two guns?

But if we could pick one for Marksmanship Hunter, it would definitely be a dual wield ability. It might look a bit weird with two bows, but why not two rifles or crossbows and even more in the direction of the running turret? As a first step, the whole thing could, for example, be linked to the talent double pack to be tied. Instead of simply performing the next attack twice, the hunter grabs a second weapon for X seconds and fires each ability and autoshot twice – but in return the hit chance drops to 80 percent. After all, aiming with two rifles is worse. On top of that, the developers should definitely extend the charging mechanics of the caller class coming in Dragonflight to MM-Hunter. If not a ranged archer, who better to have an “I hold the button, draw the bow more and do more damage” mechanic?

Continue to page 2 for Beast Mastery and Survival Hunters!