WoW: The Dracthyr are getting colorful! And wide! Pictures to admire! 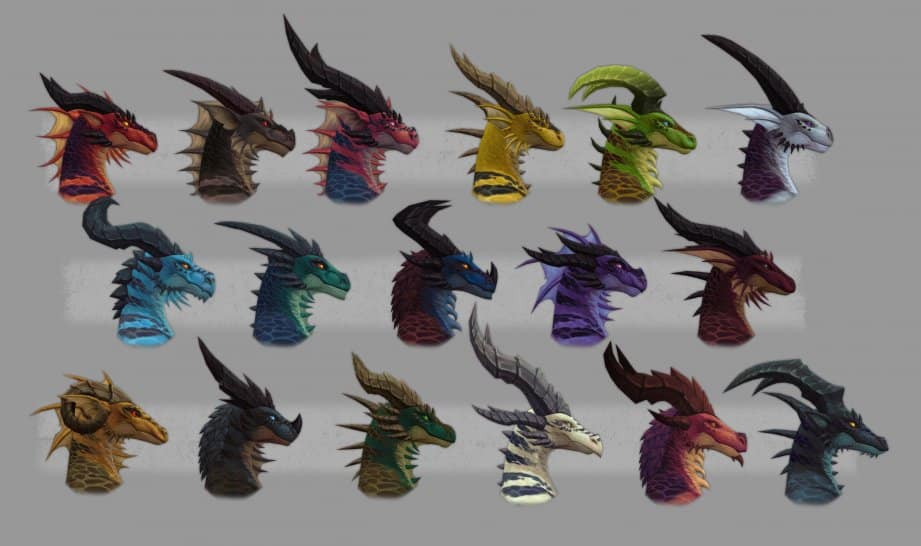 7/11/2022 at 7:44 p.m
from Susan Brown –
The WoW developers prepare you visually and mentally for the creation of your first own Dracthyr in WoW: Dragonflight! Marvel at several color options, muzzles and even slightly different body shapes. We find that the Dracthyr are by no means committed to counting themselves among the five dragonflights.

The WoW developers give you a little preview of the new WoW player race: Dragonflight: the Dracthyr! As a reminder, the Dracthyr can only choose one class, which is the Caller as a healer and ranged damage dealer. And whoever chooses a Caller must play a Dracthyr.

After the announcement of Dragonflight in April 2022, World of Warcraft fans voiced their opinion (buy now ) some concerns that the dracthyr just look… well, not very snappy and iconic when there are already so many dragons, dragonkins, drakes and other wyrm forms in online roleplaying that the designers could have drawn inspiration from be able. Has that changed in the meantime? Now, in July 2022, enjoy a peek at Dracthyr horns, their snouts, and more!

Horns and snouts of the Dracthyr [Quelle: Blizzard]

It’s getting colorful with the Dracthyr

Apparently, the Dracthyr are no longer just one of the five known dragon swarms, but can choose pretty much any scale color that a resident of Azeroth can imagine! And the body shape of the Dracthyr was also tweaked a bit: When creating your character, you can choose from four different forms (click here for the video) that are either narrow or, to a certain extent, wider. A real novelty in the history of WoW.

What you also see in the gallery are Dracthyr with armor and apparently the WoW makers refrain from showing the real armor that you put on on the Dracthyr models. Apparently you will only optically clothe the humanoid form of your callers. Or, of course, that is also possible, the armor of the callers are all created as sets. However, you should not assume this unconditionally.