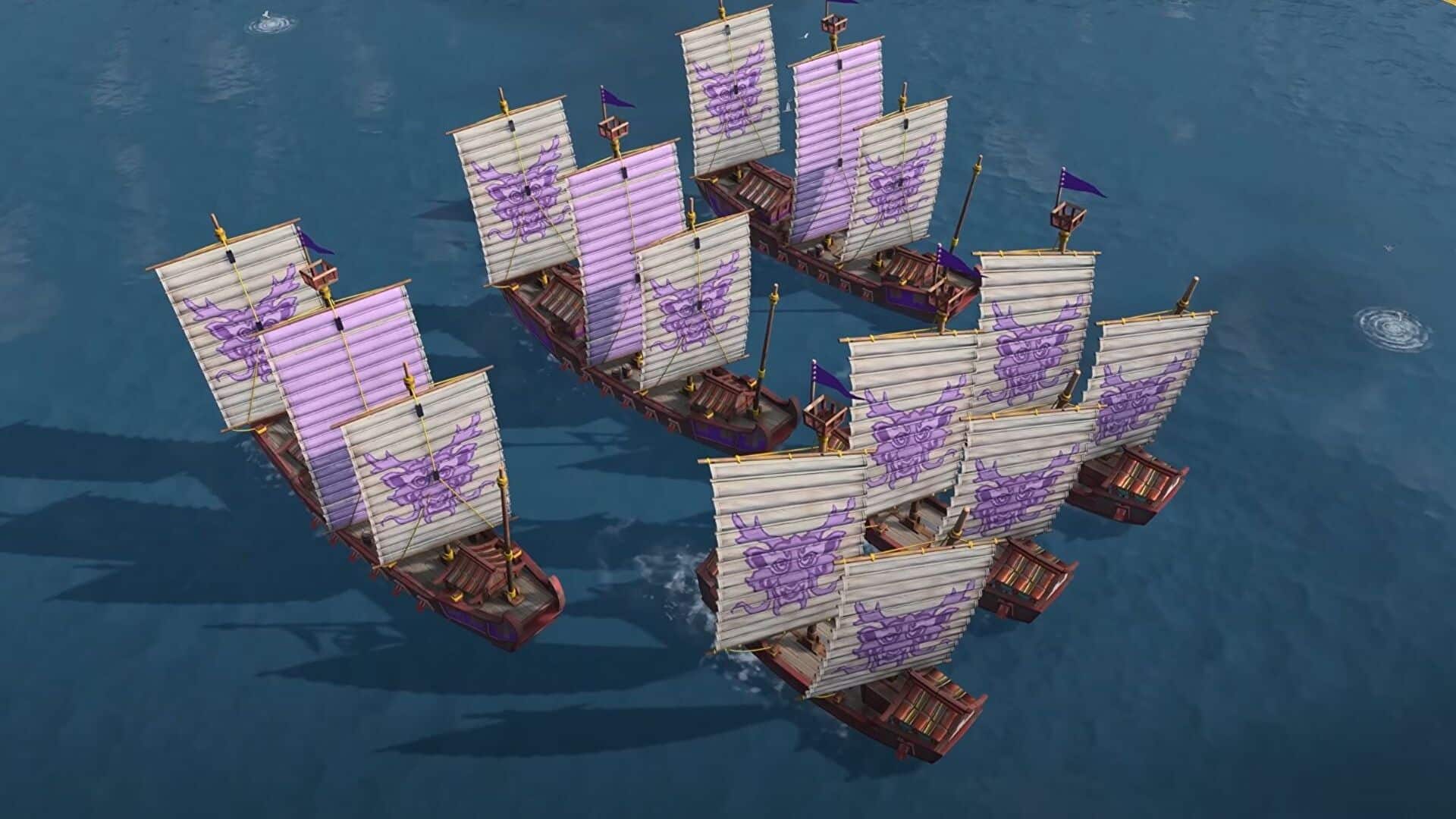 Hearing that Age Of Empires 4 is getting a second season of support is a bit like finding out an old friend from school who struggled for a while is finally doing well for themselves. Good on you, decent-ish sequel to several real-time strategy classics, for adding more multiplayer features, campaign unlocks and quality of life improvements. Check out what’s coming in season two of AOE4 in the trailer below.

Today kicks off the second season with the Age Of Discovery event. There’s a fair few time-limited tasks to complete that unlock profile portraits and coats of arms if you manage them. I like the scarlet macaw, so I’ll have to progress through every Age in a multiplayer match to nab that one. Ranked seasons are back too, with sea-monster themed rewards to boot, but you’ll have to wait until July 14th for the ladder to be reset for that. There’s a new map called The Pit to try out too, which has a central valley occupied by a sacred site that’s surrounded by stealth woods.

D’you see the marvelous shade of regal purple on the sails of those ships above though? They’ve finally added in a player color picker. I know it doesn’t seem like much, but it’s made me vaguely happier today to know that’s in there now. All campaign missions have been unlocked from the start of the game too, so you can dig into them however you see fit if you’re just picking up AOE4 for the first time. Another plus for the game, I feel.

Hotkeys are now fully remappable, and you can save these as handy profiles to switch between. Devs Relic and World’s Edge have included a multiplayer map preference system too, so you can thumbs down whichever you’re not that keen on. Oh, and now there’s a panoramic camera setting that the vertiginous among you might want to avoid – I can see all my houses from up here.

Sin thought the latest in the long-running strategy series was compelling in her Age Of Empires IV review. “I don’t feel very strongly about Age Of Empires. That sound damning, but I’m someone with no particular stake in the series, perhaps even might be slightly biased against it,” she said. “Yet I’ve never wanted to stop playing AoE 4 all week. It might not be a huge step forward, but it’s a sure step in a genre whose comeback is long overdue, and it doesn’t appear to have ambitions beyond that.”

Age Of Empires 4 is available on Steam and the Microsoft Store for £50/$60/€60. It’s also included in Game Pass for PC. You can see the full patch notes for the season two update at the Age Of Empires blog here.