Amazon Prime Day: Board and parlor games at super savings! 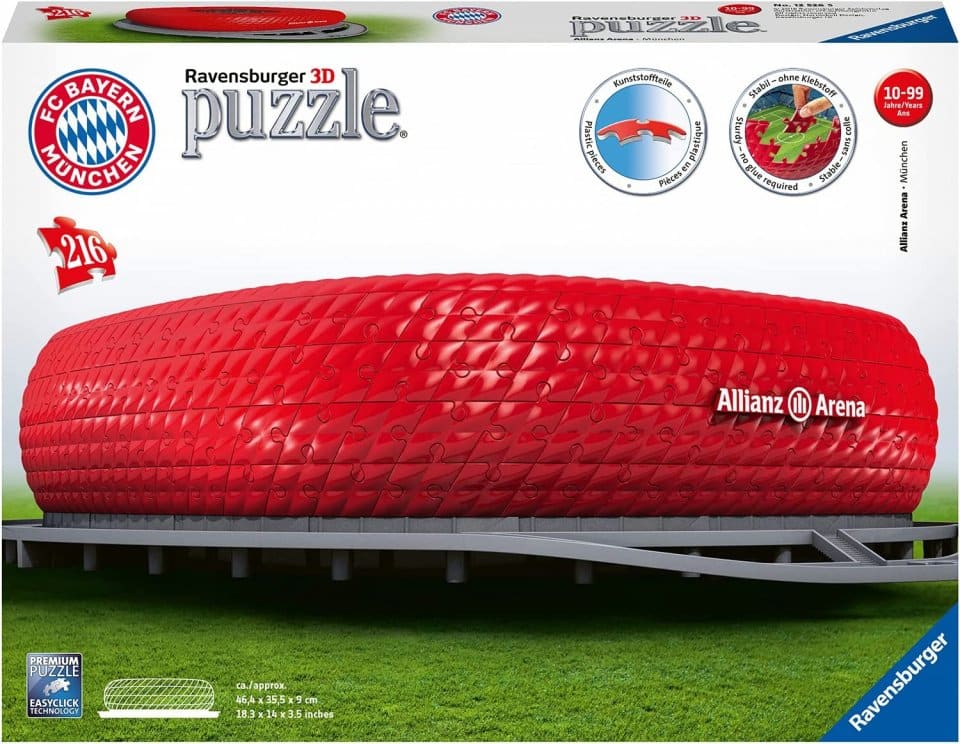 As great as single-player titles are, let’s be honest: we can probably all get something out of such a fun multi-player evening with friends or family. But you don’t always have to use the PC or the console: There is also a lot of analogue, classic entertainment that you can enjoy comfortably at the kitchen and living room table or on the counter of your choice can use. We are of course talking about classic board and parlor games that have enjoyed uninterrupted popularity for many decades. If you are looking for fresh supplies here, we can recommend taking a look at the Amazon Prime Day offers. Because the online shipping giant is currently reducing dozens of exciting games – the selection ranges from entertainment for the little ones, to puzzles and classic board games, to new ideas, some of which are really unusual. We have put together a few of our favorites for you in this overview.

What is Amazon Prime Day?

On Amazon Prime Day, which takes place on July 12th and 13th this year, you can choose from thousands of reduced items from the online shipping giant, including various electronic devices and Amazon’s own products. So if you are not only interested in Nerf Guns or Super Soakers, but are also looking for other bargains, just follow the link above to the overview of all offers! There should be something for every taste!

Jurassic World is not only on everyone’s lips again because of the current cinema film, but thanks to Schmidt-Spiele it was also given a new analogue appearance this year. The return to the island of the first feature film presents itself as a mixture of deck builder and classic board game. It is recommended for ages 9 and up and offers 2-4 players about 60 minutes of entertainment per game.

Somewhat more creative natures are in demand with the Ravensburger GraviTrax set. Spectacular marble runs can be built in this modular system – loopings, trampolines, zip lines and other crazy ideas included. With this XXL starter set you are very well served at the beginning, but a number of expansion sets are also still available. So if you’ve always wanted to turn your own garage into a giant marble run – weird, but easily possible. The starter set contains a total of 242 parts.

Amazon Prime Day: Board and parlor games at super savings! (2)”/>

Amazon Prime Day: Board and parlor games at super savings! (2)

As we all know, football fans are probably the calmest, most relaxed and even-tempered people on this planet…cough. Be that as it may: If you prefer to tinker comfortably and don’t want to do without a good portion of stadium feeling during the summer break, Ravensburger also has the 216-piece 3D puzzle for Munich’s Allianz Arena up its sleeve. This looks extremely good in the showcase – especially for Bayern fans, of course.

The Game of Life is now one of the great board game classics. In this variant you just send Mario, Luigi, Peach or Yoshi into a modified form of the well-known game of life. Due to the subject matter, the licensed Mario title is aimed at children from the age of 8 and can be played with 2-4 players.

And yet another video game variant of a real long-running board game. We wouldn’t necessarily have placed the two themes Pac-Man and Monopoly in close proximity, but the absolutely stylish Pac-Man characters simply did it to us. The game also contains a small arcade machine. You play for points, which replace money in this Monopoly variant. How exactly does this work? To be honest, we don’t know either, but everything looks super chic!

The settlers are well known to every video game fan, and the situation is similar with the settlers of Catan – or Catan for short – in the field of board games. The world-building game, in which you gradually explore and settle a world, is great fun for young and old and has been an absolute bestseller for many years. This starter set will come in handy for anyone who has still not entered the world of Catan. In addition to the base game, it also contains the “Seafarers” expansion and the “Hawaii” and “Iberian Peninsula” scenarios. Access!

If you don’t like the settlers, just go for Anno. This applies to video games and now also to board games. Because the Ubisoft hit Anno 1800 has also had an analogue implementation for 2-4 players since 2020. Here and there you settle an island, expand your civilization and lead it into the industrial revolution.

See also  The second season could be filmed here

Finally, a suggestion for a slightly different party evening – because instead of leisurely settlement or puzzle entertainment, Exploding Kittens is a raven-black, entertaining, morally absolutely questionable card game for up to ten participants that is well tolerated with cool drinks. Your goal is roughly to be the last player to draw an Exploding Cat card. The rest is pure chaos and simply serves to increase your chance of being “last (wo)man standing”. Important: The game is only available in English.

Offers, discounts and great prices for Amazon Prime Day: Save up to 40 percent on fans and air conditioning systems from AEG, Rowenta or De’Longhi!

We have put a lot of effort into checking the current prices for our recommendations. However, Amazon can change the prices again at any time, which is why we unfortunately cannot guarantee that the prices displayed in the news are still valid at night. In case of doubt, the prices directly at Amazon.de always apply.