Einhell up to 60% discount on Prime Day: cordless lawnmowers, hedge trimmers, lawn trimmers and much more. at Amazon 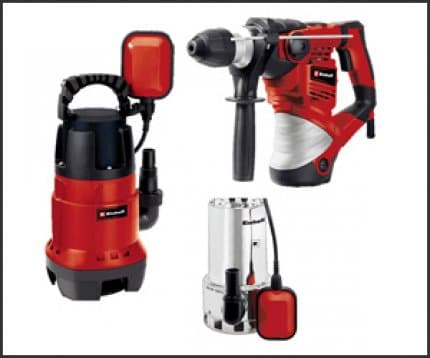 If you were hoping for great offers for tools and garden equipment from Einhell on Amazon Prime Day 2022, you can consider yourself lucky. Cordless lawnmowers, cordless screwdrivers, hedge trimmers, angle grinders, grass trimmers and much more. are now available with discounts of up to 45%. We show the best Prime Day deals.

Prime Day: Which are the Einhell highlights with discounts of up to 60%


Einhell tools are available at Amazon at bargain prices.

When it comes to cordless tools, Einhell is one of the most popular suppliers alongside Bosch Professional and Makita. Einhell is characterized by high-performance 18V batteries and excellent value for money. Quality is now particularly affordable on Prime Day. Many tools such as cordless screwdrivers, jigsaws or angle grinders can be bought at great discounts. For example, the TE-CD 18 Li-i Brushless cordless screwdriver with 18V Power X-Change batteries is cheaper to buy – two batteries and a charger are included. This also applies to battery-powered devices such as the TE-HD 18/12 Li-Solo rotary hammer with SDS-plus mount, the TE-AG 18/115 Li-Solo angle grinder with a cutting depth of 28 mm and the TE-CS 18/150 Li-Solo hand-held circular saw with saw blade diameters 150x10mm and 160x25mm from Einhell can currently save a lot of money on Amazon. The 18V starter kit Twin Charger double charger including two batteries as well as Einhell replacement batteries up to 5.2Ah are also available for less.

Lawnmowers, hedge trimmers and more for the garden are drastically reduced on Prime Day 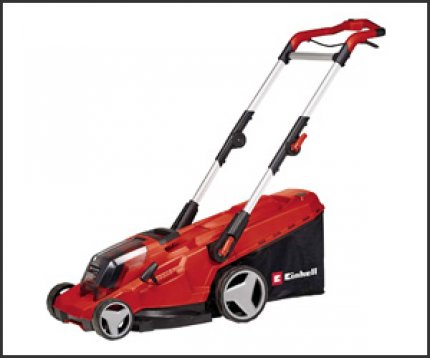 With the Einhell cordless lawnmower, lawns of up to 500 square meters can be trimmed – now at a bargain price at Amazon.

A highlight of the Prime Day offers are lawn mowers and other cordless garden tools from Einhell. Amazon has reduced the price of several cordless lawnmowers from Einhell, such as the Einhell City for a lawn area of ​​up to 150 square meters. If you want to trim even more lawns in your garden, you can also find the Einhell Rasarro for up to 450 square meters and with a 50l basket at a bargain price on Amazon. The Prime Day deals also include cordless hedge trimmers, cordless lawn trimmers and cordless garden pumps.

4 in 1: cordless hedge trimmer, chainsaw, trimmer, scythe in one device 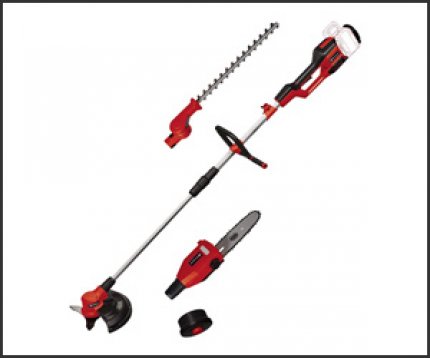 The practical Einhell multifunction tool is a hedge trimmer, chainsaw, brush cutter and trimmer all in one – currently available at Amazon at a bargain price.

The Einhell cordless multifunction tool GE-LM 36/4in1 Li-Solo with 18V power stands out from the discounted Einhell range at Amazon of tools such as cordless screwdrivers, cordless angle grinders or circular saws and devices for the garden such as lawnmowers, robotic lawnmowers or grass and shrub shears X-Charge battery out. The practical 4-in-1 device is a battery-powered hedge trimmer, chainsaw, brush cutter and trimmer all in one. The multi-function tool is powered by an Einhell brushless motor with a durable brushless electric motor. The hedge trimmer blades are made of laser-cut and diamond-ground steel. The hedge trimmer head can be tilted 7 times and the trimmer’s line spool is equipped with automatic inching. The chainsaw works at a speed of 10 meters per second, the trimmer at 2,400 revolutions per minute. With the extension rod, higher hedges can also be trimmed and branches cut. The 4-in-1 multi-function tool can currently be bought from Amazon with a 29% discount, at a price of 249.46 euros instead of 349.95 euros.

In addition to Prime Day deals such as cordless lawn mowers, hedge trimmers and lawn trimmers from Einhell, there are tons of top offers in our daily deals prepared by the editors: graphics card, motherboard, gaming monitor, gaming mouse, gaming chair, television, gaming highlights and many other products for PC and console gamers from Amazon, Media Markt and Co., often at greatly reduced prices. But we also present selected hardware store bargains every day in the Daily Deals.