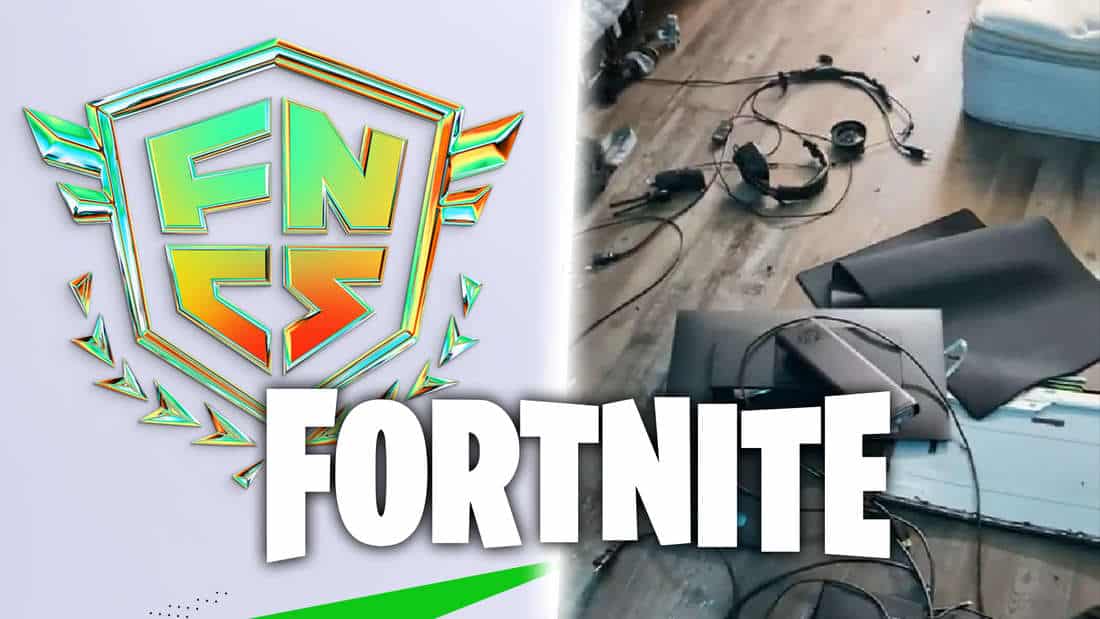 Fortnite pro Rem had a multi-million dollar shot at the Fortnite Champion Series. But his father didn’t care much.

Fort Worth, Texas – Despite the brightly colored facade and the often-meme-fan culture surrounding Fortnite, the battle royale has become a serious esports title. Especially in the Champion Series, there are often large sums of money at stake. No wonder, then, that this tournament is extremely important for many players. The tournament was now fatal for a young Fortnite professional when his father destroyed an entire PC because of it.

Fortnite: PC destroyed in the middle of a Champion Series round

What happened? On July 6th, Fortnite started the Fortnite Champion Series again – a tournament that takes place once every season of Battle Royale. Thousands upon thousands of players from all over the world regularly flock to this tournament to qualify for the final rounds and a chance at a $3 million prize pool. This included “Remedy”, or “rem” for short – a young Fortnite player from Texas.

As Jake Lucky reports on Twitter, rem had participated in the FNCS qualifying round on July 9th. During the tournament, however, his family wanted to go to a family reunion and his father gave rem a few minutes to turn off the PC. But since he was in the middle of a round, it shouldn’t come to that. Eventually, the old man lost patience and demolished the young pro’s entire set-up.

What was damaged? As Jake Lucky further explains, rem’s father probably destroyed the entire setup, including the monitors and headset. The only thing the player could save was probably his 1080ti graphics card. Rem sounds correspondingly shaken in the video that he shared on Twitter as an aftermath of his father’s destructiveness. Only vague individual parts of the former PC setup can be seen in it. After all, the damage didn’t come from his own stupidity, as happened to twitch streamer Yassuo in a $100,000 tournament.

What’s next for rem? After rem his video on Twitter posted and received additional attention from Jake Lucky, there was huge support for the young Fortnite player. As rem himself explained on his account, he paid for the entire PC setup out of his own pocket without his family contributing anything.

So PowerGPU, an American manufacturer of custom PCs, quickly put together a new computer for rem, while additional contributions for the hardware came from the community.

The only question is whether rem can still take part in the FNCS with the new setup, after all the semi-finals start on July 21st. Incidentally, at the last Champion Series in Chapter 3 Season 2 of Fortnite there was also an incident that, unlike rem, came through a player’s absolute fault. Fortnite pro Sin posted racist remarks after qualifying for the Champion Series finals. Meanwhile, Epic Games has banned the Fortnite eSportsman.