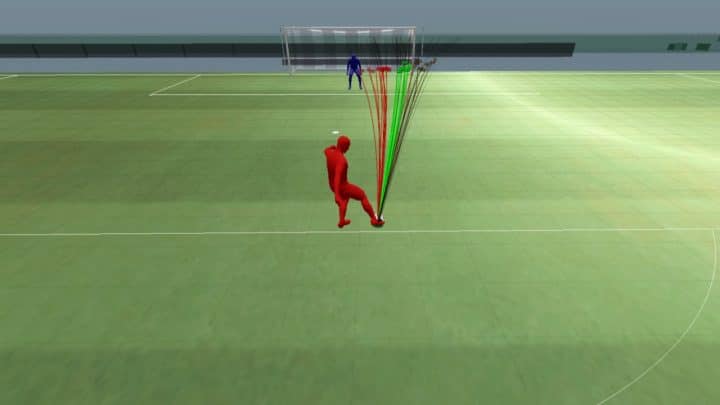 TU #14 makes the following change to the flutter balls:

– We’ve increased the likelihood of Flapball shots being taken when the ball is 0.67 meters from the feet of the player with the ball and a High Impact shot is requested.

With this change, we want to increase the variety of shots in gameplay to make the shooting action even more authentic. Whether or not a flutterball is executed is not affected by the stats. Its conditions relate to the specified distance and the direction of the shot. The angle of the shot must be forward, roughly in the direction the player with the ball is already looking.

And here is another example:

– We’ve added the new Ball Roll Train 180 special move. It can be performed by players with a 4-star or 5-star special move rating.

The Ball Roll Train 180 is designed to give players more options when moving with the ball. In this way, they can create space in new game situations and possibly deceive their opponents. It’s another tool that forwards can use to trick defenses. So all defenders should be prepared for that. Here’s how to perform this special move using standard controls:

Hold down L1 (PlayStation controller) or LB (Xbox controller), flick the right stick toward the direction the ball-carrier is facing, and then flick it again without releasing L1 or LB.

This is what the Ball Roller Train 180 looks like in action:

– We have significantly reduced the range of attempted shot blocks by AI controlled players.

– We slightly reduced the range of attempted shot blocks by user controlled players.

As we work to balance offensive and defensive gameplay, one of our goals is to allow players to pit their skills against each other across all areas. As such, we significantly reduced the AI ​​player’s shot-block range to further encourage user-controlled shot-blocking.

At the same time, we also slightly reduced the shot-block range of the user-controlled players to make the matches even more open and fluid.

– We’ve significantly increased the accuracy of flat, full-span shots, which are performed with low and medium shot power.

We noticed that full-span flat shots are used a bit too seldom, as their accuracy has not always had the same consistency as other types of shots. As such, we adjusted their accuracy in low power and medium power situations. We estimate that the accuracy of such flat, full-span shots increases by about 17.5 percent when the shooter is not under significant pressure. With this we want to give the players an additional option in 1v1 situations and other scenarios.

This is what this scenario can look like after TU #14. 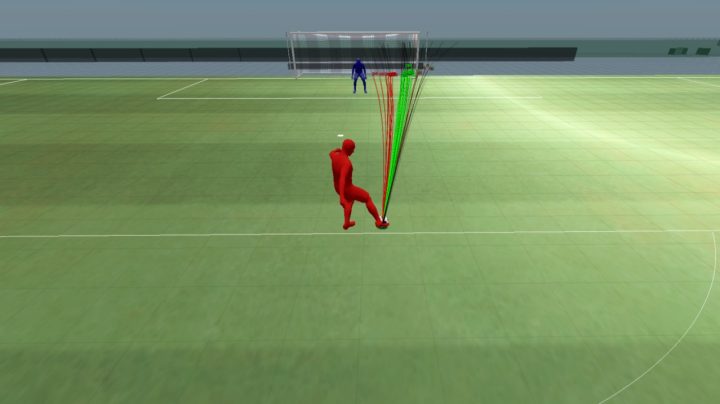 – We’ve significantly reduced the range it takes for a defender to attempt a duel without being prompted.

With this change, as with the shot block changes, we want to encourage a more active and controlled gameplay experience in forward vs. defender duels. This change will be especially noticeable (but not limited to) in game situations where the forwards are pitted against AI-controlled defenders and the defenders are using teammate delivery.

When it comes to excellent defensive behavior, there are basically several crucial elements such as positional play, anticipation and, of course, duel behavior. With this change, we want to put a little more focus on player-controlled duels than before.