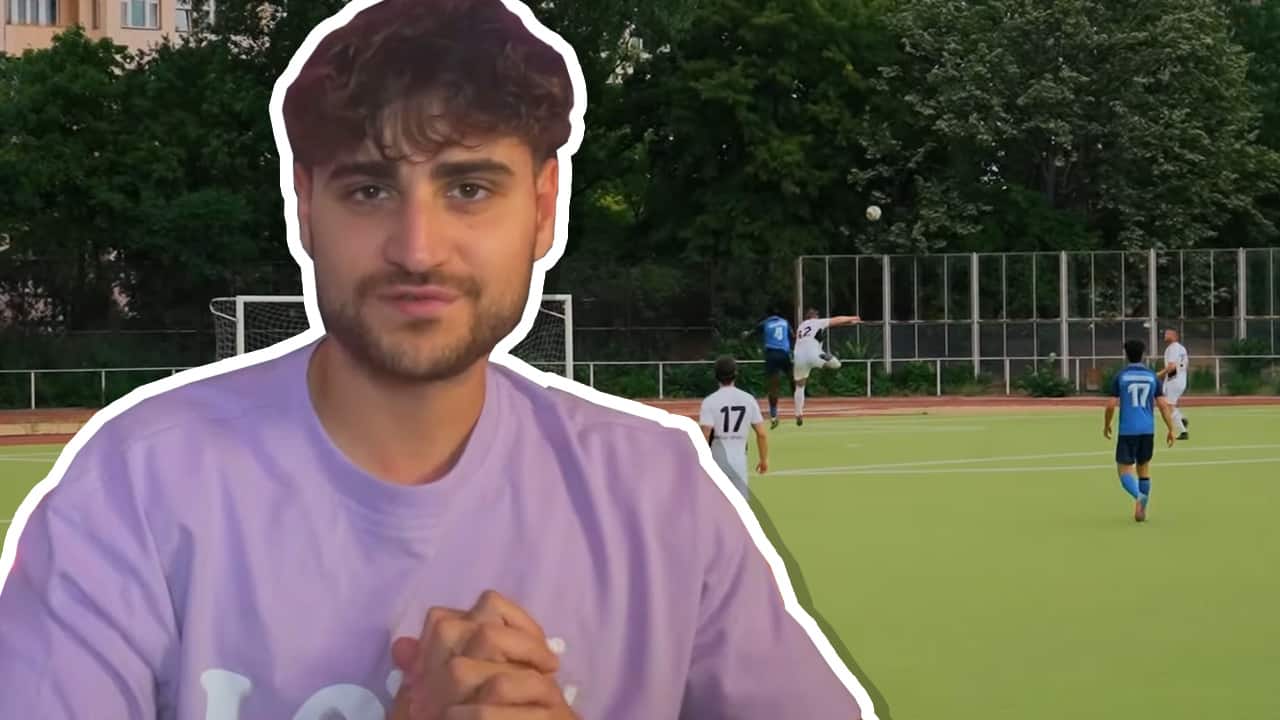 Twitch streamer Elias “eliasn97” Nerlich (24) not only founded an e-sports team, but also his own football team called Delay Sports Berlin. They now played their first two games and emerged victorious from them.

Who is the streamer? Elias Nerlich is currently the largest German streamer on Twitch. After 4 years he has finally overtaken star streamer MontanaBlack.

The 24-year-old has always had a love for football, but it never made it to a professional career. He also sustained a serious leg injury, which further prevented him from becoming a proper footballer.

Instead, Nerlich played FIFA regularly and was even a professional e-sportsman for Hertha BSC for about 3 years until he fully dedicated himself to his Twitch career in 2021. That year, in November, eliasn97 also founded the football club Delay Sports Berlin. This is now facing the first games in the district league.

You can find out who the first successful streamers were in the video:

What were those games? Delay Sports Berlin competed in their very first match in a friendly against B-League club Concordia Wilhelmsruh (via YouTube). Nerlich’s team dominated the game and brought the game home with a 5:1. In addition, the streamer’s video reached number 4 in the trends and achieved 500,000 views in less than 24 hours.

The 2nd match took place a day later and they had to face the A-league club Türkiyemspor in a test match. They took the lead relatively early in the game and scored 2-0. After that it was a mixed bag for Delay Sports Berlin and they had to concede 2 goals.

See also  The Last of Us: Special modes for permadeath and speedrunner in the remake

Due to a foul in the 86th minute, there was a free kick for Nerlich’s team and they were able to score a 3:2 with the subsequent goal. This gave the club their next win against a group that is even 2 leagues ahead of them.

You can watch the entire match in eliasn97’s YouTube video:

Just for fun, but still successful

“The idea behind this project is to set up our own football club – we did that. Playing with your buddies and having fun – that’s our idea behind it,” said eliasn97 in his YouTube video.

Nevertheless, the team has been quite successful so far:

Former footballers such as Sidney Friede, Bilal Kamarieh and Kevin Pannewitz also play in the team. However, neither Friede nor Nerlich himself were present in the first two games.

Friede is supposed to follow and eliasn97 is still struggling with his leg injury, which became acute again after he injured himself again in the first game. The 24-year-old is now considering having another operation because the bone in his fibula has not healed properly.

More news about influencers: YouTuber HandOfBlood takes on a crazy challenge – half-naked with a rubber mallet in a cauldron