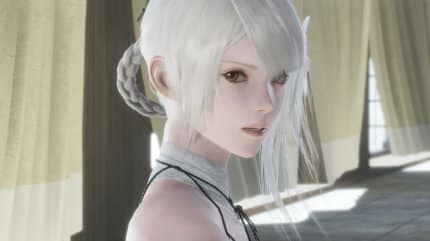 For Prime Day 2022, Amazon is offering many games for PS4, PS5, Xbox One and Xbox Series at heavily reduced prices. Even if recently released blockbusters like Elden Ring, Horizon Forbidden West or Gran Turismo 7 take longer, as expected, until they become cheap, there are at least some older classics and new editions to dust off. We’ve put together the best deals on gaming classics you can get on Amazon Prime Day 2022. danger: The discounts only apply to Amazon Prime members! If you don’t have a subscription yet, you can try Prime here for 30 days for free. If you have already used the trial month, you can take out a one-month subscription for EUR 7.99.

You can find even more deals on all possible Prime Day offers in our Live ticker for Prime Day 2022on our amazon prime day theme page, or directly on the Amazon home page. In addition to third-party items, Amazon naturally also has a large number of its own products on offer at particularly low prices on Prime Day. For example, you can grab various Alexa models, Blink security cameras, Kindles and Fire TV Sticks for up to 67% cheaper. Here you can find out more.

You own a PC or a PS4 or PS5 and have a heart for strange Japanese games with a great story? Then you should put the remastered version of the cult classic Nier Replicant on your shelves. In the 30 to 40 hour long story you will laugh, cry, get a bit bored because of the quest design in between, but then you will be blown off your chair again in one of the many great moments of the game. In the test, we gave the game a proud 8 out of 10 and gave it an award for its story. Quote: A game with so much idiosyncratic charm doesn’t appear every day!

Mafia Trilogy: A Prime Day deal not to be denied 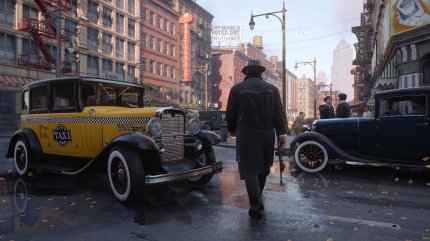 You can currently buy the great remake of Mafia individually or as part of the trilogy at a lower price.*

Anyone who has never experienced the legendary mafia trilogy has had no excuses since the release of the Definitive Trilogy. In the lovingly modernized first part you fight your way through the criminal underworld of a US metropolis with the Tommy Gun at the ready. The most notorious car race in gaming history is of course also included! Part 2 continues the story in the American 50s, while part 3 lets you experience the turbulent, late 60s authentically with new characters. We awarded Mafia: Definitive Edition a 9 out of 10 in the test, Mafia 2 with 8 points and the third part with a solid 7.

Hotline Miami and Hotline Miami 2 are among the most explosive indie games of the last console generation: You fight hordes of opponents in lightning-fast pixel shooter passages, listen to a grandiose synth soundtrack and try to unravel the mysterious story. Above all, you will remember the blatant level of violence and the difficulty of the games, because you yourself and almost every opponent dies after a single hit. The driving music and the tough gameplay make you rush through the countless levels in a frenzy, after the first run you are chasing high scores and better and better times. In the test, Hotline Miami 2 got 8 out of 10 points from us.

You can grab the Hotline Miami Collection for PS4 on Prime Day for 19.99 euros. The same price applies to the Switch version. 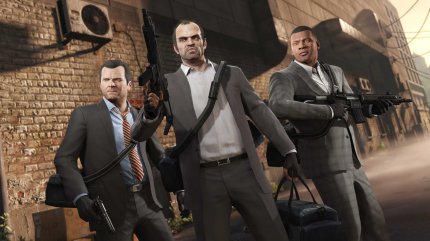 For those interested in GTA, Amazon has Part 5 and the Collection on offer.*

Amazon also has a few offers for GTA fans and those who want to become one. So you grab the premium edition of GTA 5 for PS4, or the additionally revised version of the classic for PS5 and Xbox Series. For Xbox One and Series X players, Amazon also stocks GTA Trilogy – The Definitive Edition, which includes the remastered versions of GTA 3, Vice City and San Andreas. In the test, we awarded Grand Theft Auto 5 the highest rating of 10 out of 10 points. Because the Definitive Edition of the Trilogy was released with a ton of technical issues, it only received a 4 out of 10. In the test you can read why.

PS4 players can grab the GTA 5 Premium Edition for 19.99 euros. Amazon has the PS5 and Xbox Series versions of GTA 5 in stock for 16.99 euros each. The GTA Trilogy: The Definitive Edition for Xbox One costs 25.49 euros, while on PS4 it is currently 39.84 euros (without Prime discount).

At Prime Day there are gaming monitors with 27-34 inches, WQHD/UHD and refresh rates of up to 240 Hz from Samsung, LG & Co. cheaper

Razer Blade 15 vs Blade 17: Apparently the same notebooks with small but subtle differences

Anyone who has been waiting for Prime Day to make investments will find great savings deals on the weekend before the main event.

In addition to reduced game classics, gaming monitors or Amazon devices, there are tons of top offers in our editorially prepared Daily Deals: graphics card, motherboard, gaming monitor, gaming mouse, gaming chair, television, gaming highlights and many other products for PC and console players from Amazon, Media Markt and Co. often at greatly reduced prices. But we also present selected hardware store bargains every day in the Daily Deals.

We have put a lot of effort into checking the current prices for our recommendations. However, Amazon can change the prices again at any time, which is why we unfortunately cannot guarantee that the prices displayed in the news are still valid at night. In case of doubt, the prices directly at Amazon.de always apply.