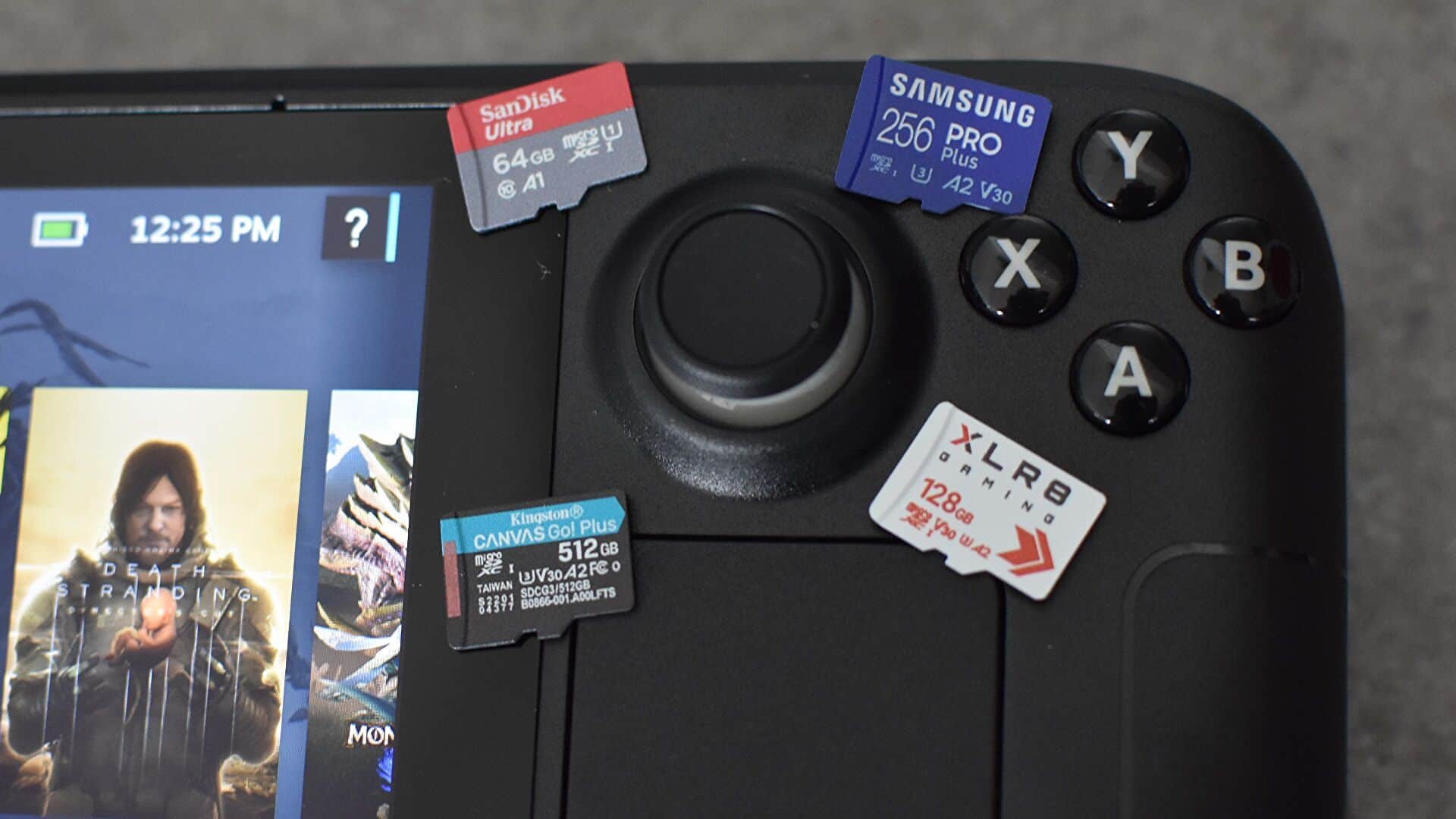 Between it being Prime Day 2022, and Valve drastically speeding up the rate at rate at which they’re shipping Steam Decks, now seems like an opportune time to check on whether you can save some cash on the best microSD cards for the handheld PC. Also because Liam just got his deck and asked me about them this morning. So if you find these deals posts annoying, s’his fault.

Anyway, yes, there are indeed a few good microSD performers that are caught up among today’s Prime Day deals. Most commonly, the SanDisk Ultra: a good budget pick, thanks to its ability to keep pace with more expensive cards on game loading times. There are various capacities on sale in both the UK and US:

For those on Amazon UK, you could alternatively pick up the 512GB model of the Samsung Pro Plus. This is pricier than the SanDisk Ultra, but was the fastest overall out of the different microSDs I tested for that guide.

While the Steam Deck technically lets you replace the internal SSD – unless you mod the thermals in the process, in which case a Valve designer will ask you to stop – adding a microSD card is far easier and potentially cheaper. You’d be surprised how quickly they can shift data on the Steam Deck, too. Launching a game from expandable storage might only take, at most, a couple of seconds longer than on the top-spec Deck’s NVMe SSD.

For many more, largely desktop-focused PC hardware savings, you can check out our fully curated guide to the best Prime Day 2022 PC gaming deals. And if you’re not a Prime member, or you simply don’t care to line Amazon’s pockets, we’ve got an anti-Prime Day deals guide too.