BMW brings features for your car in the subscription system – “I hope that’s a joke.” 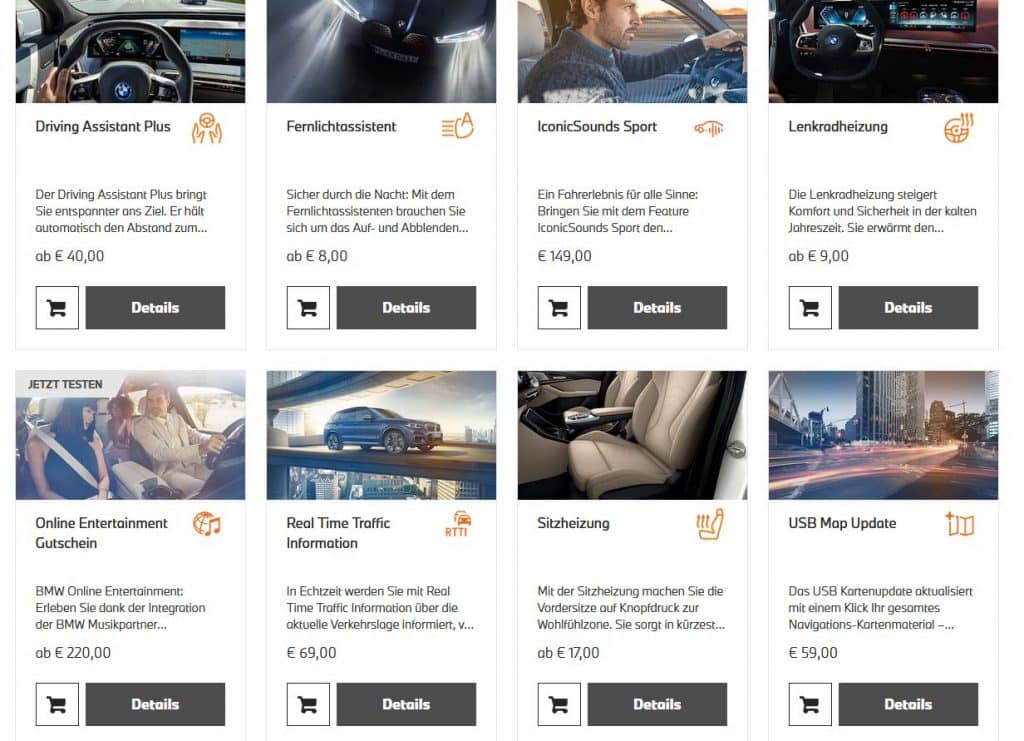 The German manufacturer BMW sells subscriptions for various functions in the car. What is particularly nasty about it: the features are already installed in the car. The community is anything but enthusiastic about it.

Buying a car is usually an expensive affair. For a car with a number of functions, you often pay many thousands of euros and usually have to decide directly whether you want to pay a surcharge for certain features.

The manufacturer BMW has now come up with something special. You can only use certain functions if you pay a subscription fee. This should remind some of you of your MMORPG nightmares. Pay2Win, such as in Diablo Immortal, is particularly hated by gamers and soon you can at least give yourself a nasty advantage over your “opponents” on the road with your seat heating.

The dream of every gamer in the car: A subscription is required for functions in the car

Where is that at all? The new offers from BMW are now available in the manufacturer’s digital store. You can now take out a subscription for your BMW in countries such as Great Britain, Germany, New Zealand or South Africa. You can find the offer directly on the BMW website.

How exactly does this work? The manufacturer has installed a software lock in its cars. This block prevents you from using certain functions. That’s how game developers do it: You have to pay a certain amount to access a special vendor or craft bag.

If you now want to use the seat heating or a driving assistant, you have to pay a subscription in the BMW store for 17 euros per month. Contributions between 9 and 20 euros are also due for other functions.

What is currently not clear? Neither the store nor the comments of the angry users make it clear how the price of the subscription is made up. At least some hope that the basic price of the car will drop if you have to pay a subscription for it.

The community is angry at BMW: “Hopefully the airbag subscription doesn’t expire before the accident!”

Why are so many users upset about this? Functions such as seat heating are already installed in many cars. In theory, you paid for the hardware when you bought the car, but you can’t use the function because it’s locked behind software. As a user writes on reddit:

Imagine spending over $50,000 on a car only for them to scam you with microtransactions for a damn heated seat.

Others take this even more drastically and no longer see it as a microtransaction but as a common way of getting money out of their customers:

It is no longer a microtransaction. That’s about $216 before taxes per year. What if you drive conservatively and you’ve had the car for about 13 years? That’s almost $3,000 just to warm your butt for half a year.

However, there is full understanding that manufacturers want to charge a certain fee for the use of current GPS data or maps. Because the effort that goes into the updated data should also be paid for.

how do you see it? Do you think it’s okay if you have to pay money for additional functions in your car or do you want to buy the whole package straight away? Tell us in the comments and discuss with other users.