Marvel’s Thor 4: What do the post-credit scenes mean?

Marvel-Fans already know this: It’s good form right from the start to surprise viewers and fans of the successful Marvel Cinematic Universe with additional scenes at the end of the actual movie and after the credits (or in the middle of it).

In the so-called Post-Credits Scenes there are not only small, funny details to discover, but above all a connection to the next MCU films (and now also series) is made. So also with the latest Marvel strip Thor: Love and Thunder With Chris Hemsworth as a popular thunder god.

If you’ve been wondering what’s next after the fourth solo adventure with the crowd’s darling, you’ll find the answer here.

What is Thor 4 about? In “Love And Thunder” Thor actually wants to rest from the hardships of the past adventures, but the peace does not last long.

A new antagonist heralds his appearance: Gorr (Christian Bale) seeks revenge for blaming the gods for the death of his beloved daughter Love, and plots to kill every god. When Gorr kidnaps the children in New Asgard, Thor intervenes and, with the help of his ex-girlfriend Dr. Jan Foster (Natalie Portman), now the new superheroine Mighty Thor, and his allies go in search of the villain to take him down.

When Zeus (Russell Crowe) refuses his help, a dispute ensues between the father of the gods and the god of thunder. In the end, Thor and the rest of his team manage to confront Gorr… 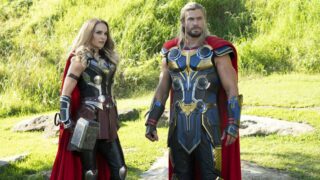 See also  An Elden Ring player finished the game without being hit or leveling up in just 2.5 hours

What does the post-credits scene with Hercules mean?

In the first post-credits scene after the credits of Thor: Love And Thunder, it becomes clear that Zeus was never hit. Rather, the injured father of the gods is thinking of revenge and sends his son Hercules (Brett Goldstein) go, to kill Thor and to teach men to fear the gods again.

What does the scene mean? To the great delight of the many Marvel fans, the popular hero from the comics into the MCU introduced. Like Zeus himself, the figure comes from Greek mythology and is based on the template of one of the strongest beings in the Marvel Universe.

As in the comics, Hercules is gladly used by the almighty Zeus as his henchman, but Zeus breaks with him and becomes one of the Avengers. It remains to be seen whether this will also be the case in one of the next MCU productions.

First of all, the announced fight Hercules vs Thor on – and that at the latest in Thor 5. Because a sequel is already confirmed: “Thor will return” it is already at the end of the film. 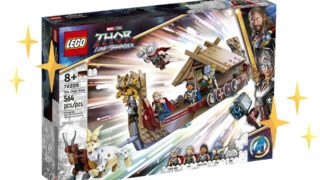 What does the post-credits scene with Mighty Thor mean?

We find out about that in the next and final post-credits scene Death of Jane Foster aka Mighty Thor, the in Valhalla arrives and there from heimdal (Idris Elba) is welcomed.

What does the scene mean? Here, too, the film largely adheres to the comic template and leaves those suffering from cancer Jane dieto them as revive new superheroine. In the comics, Jane becomes the new Valkyriesimilar things can also develop in the MCU.

After all, her appearance as a new superhero was particularly well received by fans in advance – and it would be a real shame if she couldn’t be seen more often in the MCU. In addition, one thing is certain: there will be one Sequel with Thor give – so why not also Jane aka Mighty Thor aka Valkyrie? In the comics, she founds the new one Team Valkyrior.