Nintendo announces its own Fall Guys – with greedy Kirbys 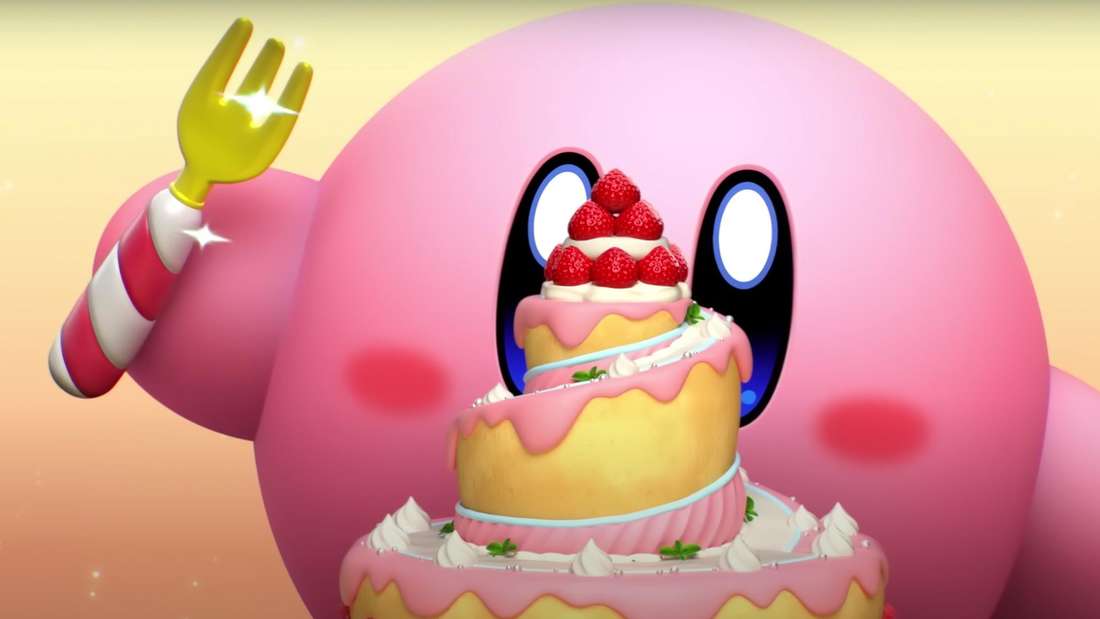 Hamburg – While Fall Guys is currently experiencing a true renaissance thanks to its new free-to-play model, Nintendo probably thought: why not? Kirby has a similar smack factor and basically looks like the clumsy Fall Guys anyway. So why not create your own obstacle parkour game? Said and done! Players don’t have to wait long for exactly such a title, because Kirby’s Dream Buffet is scheduled to be released for the Nintendo Switch in the summer.

What is Kirby’s Dream Buffet game? The new Kirby game, which Nintendo surprisingly announced, is all about feeding. Players compete in colorful levels to fatten their Kirby most efficiently. Whoever manages to snack on the largest number of treats wins in the end. In typical Kirby style, some of the goodies will also house special abilities that can be used to make life difficult for the competitors.

The big food is strikingly reminiscent of the twitch hit Fall Guys. Unlike the internet favorite, Kirby’s Dream Buffet isn’t a full-fledged battle royale filled with hundreds of Kirbys, but rather more classic multiplayer fun.

Kirby’s Dream Buffet will only have four gamer-controllable Kirbys. The many Waddle Dees dashing through the game’s obstacle courses are probably controlled by the computer. On the Nintendo Switch, the release of the game in the summer should be less busy than its competitor Fall Guys.