The Last of Us series: HBO boss provides new details about the release date

HBO is currently working flat out on a first series adaptation of the popular PlayStation title The Last of Us by Naughty Dog. While currently still with the young Ellie actress Bella Ramsey (“Games of Thrones”) and Joe actor Pedro Pascal (“The Mandalorian”) is filmed, the many fans can hardly wait for the start of the series – but when will it actually take place? So far, the US broadcaster has held back with its announcements, after all, the end-time scenario is still in the middle of production.

Now HBO boss Casey Bloys in an interview with the Hollywood reporters gives a small preview of when we can expect the “The Last of Us” series. It was already clear in the spring that completion this year was probably out of the question. Now the broadcaster boss substantiates his vague release announcement with the following words:

That should give fans hope that it already at the beginning of next year could be so far spring/summer 2023 at the latest. 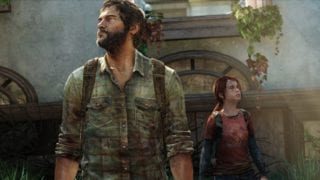 First details on The Last of Us series

Showrunner Craig Mazin (Chernobyl) and Naughty Dog boss Neil Druckmann are developing The Last of Us series for HBO.

The plot is initially based on first part of survival horror action adventure and takes place in the post-apocalyptic USA, where 20 years ago a fungal infection wiped out much of humanity. The fungal infection affects the brains of its victims, turning them into aggressive mutants (called Runners, Stalkers, Clickers, and Bloaters) as their bodies progressively deteriorate.

Among the few survivors is young Ellie, who appears to be immune to the fungus. Joining forces with Texan Joel, they embark on a perilous cross-country journey to a remote research facility searching for an antidote to the infection and, with the help of Ellie’s immunity, could develop a cure.

First of all, Ellie and Joel have to assert themselves against numerous dangers on their arduous journey – and the mutants are not the only opponents of the two. This is also the reason why the two Ellis keep special qualities secret from others.

Meanwhile is with The Last of Us 2 a sequel to the popular game series has been released, the plot of which will certainly find its way into the later course of the HBO series. Other cast include Gabriel Luna as Tommy, Storm Reid as Riley Abel, Nick Offerman as Bill and Anna Torv as Tess.

We have summarized all important information about the series with cast, first story details and more for you here: 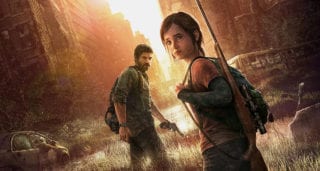 The Last of Us series: all the info on the start, cast, plot and trailer of the HBO show