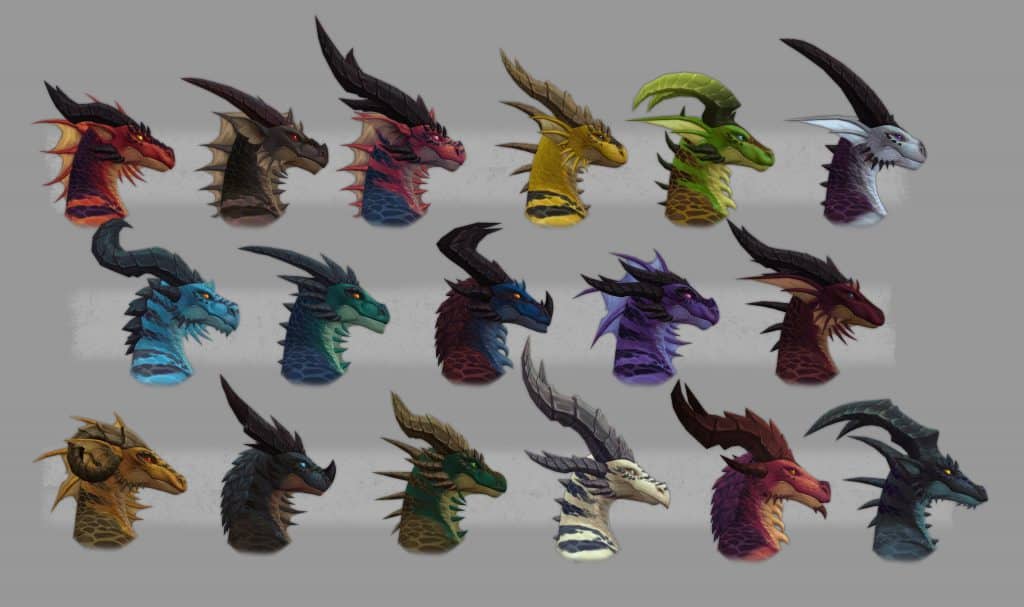 The new race of Dracthyr in World of Warcraft has extremely many customization options. Pretty much all other peoples should be jealous of that…

The next WoW expansion Dragonflight doesn’t have a lot of big features, but it does have a few fine highlights. One of these is the new race of Dracthyr, which will be playable on the Dragon Isles. Of course, a completely new race needs numerous customization options and the two-legged dragon offspring really have a lot to offer.

What are the dracthyr? Dracthyr are a new playable race in Dragonflight that can only choose a single class – Evokers. They count as a hero class and thus start at a high level in order to be able to seamlessly enter the Dragonflight story. The Dracthyr have both a humanoid form and a dragon form that is always active in battle (like the worgen).

What was shown now? In a small blog post, Blizzard revealed quite a lot about the visual design of the Dracthyr. It was all about the cosmetic options and they are quite impressive. Some images have shown that the Dracthyr are (at least)…

Dracthyr are the first race with distinct bodies: A small but quite interesting detail is that the Dracthyr can choose different body forms. There are a total of 4 different options that vary between “somewhat slender” and “quite muscular”. in one little video from Blizzard you can see the different options. At first glance, the deviation may seem small, but when you compare option 1 and option 4, the differences can be clearly seen.

Some people hope that other races will also get such options afterwards, for example to play slightly weaker human magicians or slightly stronger blood elves.

What do you think of the Dracthyr and their visuals? Do you like the people and will you play it?

We have everything about WoW: Dragonflight and the Dracthyr in our addon overview.