YouTuber travels halfway around the world for the most expensive Pokémon card – costs him 5.2 million euros 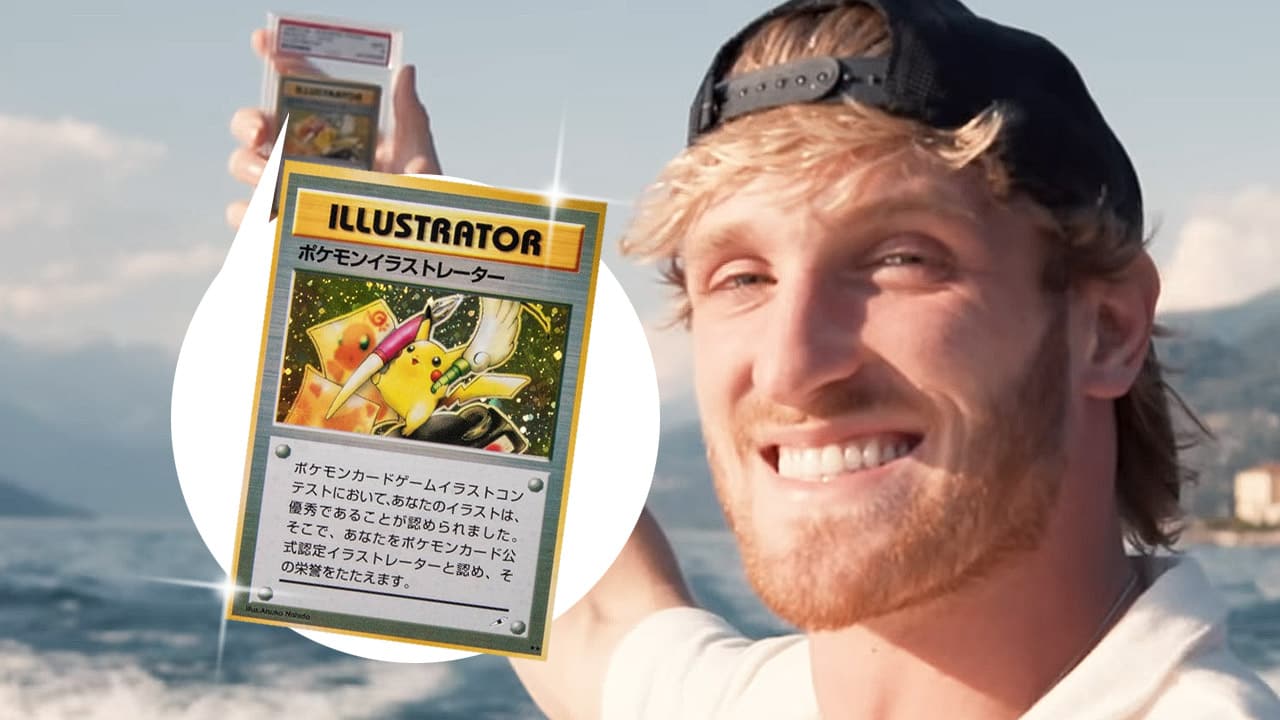 Controversial YouTuber Logan Paul shared the crazy story of how he came up with the world’s most expensive Pokémon card – the Illustrator.

Who is the YouTuber? Logan Paul is repeatedly criticized for his actions. For example, he cast 15 GameBoy Colors in resin, attracting a wave of hate. Nevertheless, there are still tons of spectators who celebrate him for his actions. He currently has 23.5 million subscriptions on YouTube, making him one of the big ones.

As Pokémon card prices soared and interest grew, Logan Paul also embraced the passion. He allegedly bought some for 3 million euros and was cheated because the box ended up containing GIJoe booster packs.

During an appearance on WWE’s “WrestleMania,” the YouTuber wore the Illustrator card as a necklace, causing quite a stir. Now he described how he got the most expensive Pokémon card in the world.

Do you like Pokemon and shooters? Then this game could be something for you:

How did Logan Paul get into the Pokémon Illustrator card?

In his YouTube video he said that he was first looking for the most expensive Pokemon card in the world and came across the Illustrator card. He absolutely had to have it.

Through contacts he came across a person in Dubai who had this card in perfect condition and wanted almost 4 million euros for it. After Logan Paul actually offered him that price, the seller decided to keep the Pokémon card after all. A setback for the YouTuber who was craving what is probably the rarest card.

See also  WoW: The new mount as a reward for 500 mounts splits the community

He couldn’t get the whole thing out of his head and 4 months later he reestablished contact with the owner. This time, however, the negotiations looked different:

What does immaculate condition mean? Trading cards can be used to rate too Professional Sports Authenticator (PSA) send. These rank a card from 1 to 10, with 10 being the perfect score, increasing the value of the card incredibly. So Logan Paul’s dealer wanted an Illustrator card with a score of 9, while his card was a 10.

After a short time and with the help of a Pokémon card expert, he found an Illustrator card in PSA 9 and had to pay the equivalent of 1.24 million euros for it. Logan Paul flew to Italy for the transaction.

After that, it was off to Dubai to meet the dealer who was supposed to give him the Illustrator PSA 10 card. However, he himself wanted to remain anonymous, but boast about your collection, which is worth almost 15 million euros.

What else makes the card so special?

It’s not just the score of 10 that makes the Pokémon card extremely rare and valuable, it’s also not common in general. Because the cards were only issued once, in 1998, to the winners of a drawing competition organized by CoroCoro magazine. 41 cards are said to be in circulation, while only 24 ever ended up at PSA (via psacard.com).

Whether there are more tens and nines out there in a drawer is not known. However, every Pokémon collector knows this card and many only dream of seeing it once.

The Twitch streamer Trymacs was once addicted to Pokémon: