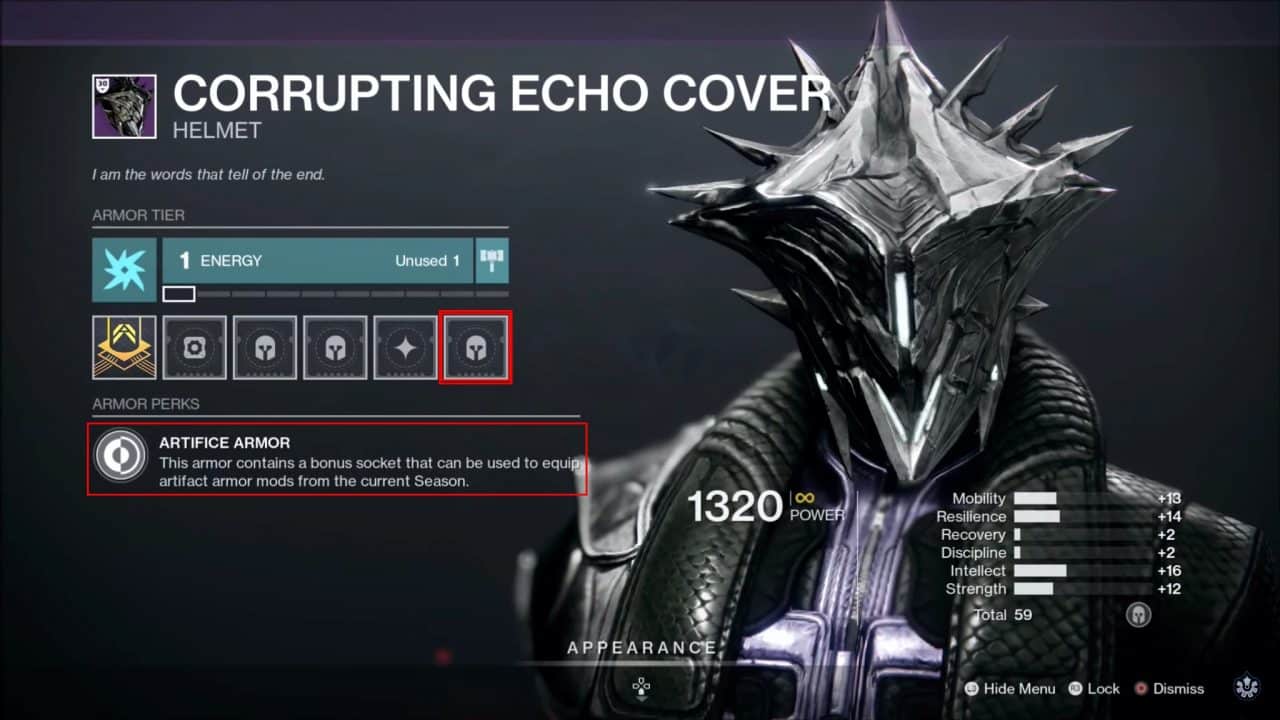 In Destiny 2 there is a special form of your armor. The “Elaborate Armor”. With her you usually have a special advantage over any normal armor. However, a bug dubbed by Bungie as the “Indiana Jones” bug renders these armors almost useless at the moment. We’ll show you what’s going on.

What is elaborate armor? Ornate armor is armor that can only be earned in grandmaster dungeons. They differ from your usual equipment by a special detail: An additional mod slot.

With it you can equip more additional bonuses of your artifact, which can make your build even more festive. However, for weeks Guardians have been reporting problems with their high-end armor. Sometimes no further mods can be equipped and otherwise the field of the additional slot simply disappears out of nowhere.

Destiny 2 now has Artful Armor with a strong perk, but not for everyone

Bungie explicitly titles this bug as the “Indiana Jones” bug, and there’s a reason for that.

Who is affected? This bug has been circulating since the beginning of Season 17. Players complained that they were missing a mod slot for the ornate armor.

Bungie therefore already addressed the bug in the last patch 4.1.0.2, but it was only partially fixed. Guardians who logged in during Season 17’s dilemma continued to have the bug.

What’s the problem? Bungie now went into more detail as to why the bug is still present and is not so easy to fix.

When the development team starts a new season, aspects of the game are moved, improved or removed altogether. This also applies to the old and new artifact mods. When the team looked at the armor from the Wake of Greed dungeon, they noticed that the Ornate Armor mod slot suddenly disappeared.

This happens because on a new season, the artifact mods are removed and the system tries to “fix” the armor. Therefore, the mod slot is hidden and is no longer visible.

“If you deviate even a little bit from that, everything can collapse. In this case, some of the sandbags we used weren’t quite right,” Bungie explained of the reluctance to fix this issue.

When will the bug be fixed? Bungie dates the fix to the next patch. It is not known when this will come, but next week, on July 19th, is conceivable. The new fix then contains a script that combs through your in-game data and fixes the bugs of the broken armor.

So don’t worry, because your armor isn’t broken beyond repair. They will soon be restored to their former glory so that you can use them in the game as intended again.

Were you concerned that your hard-earned armor would be broken forever, or did you know that Bungie will take care of the problem? Let us know in the comments.