Resident Evil (Netflix): Is Resi in there or can it go away? – Special 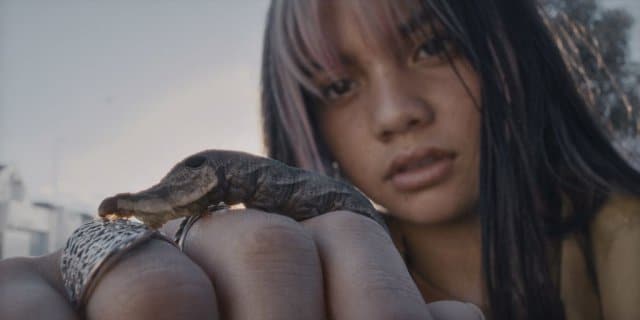 In the footsteps of Anderson

The history of film and series adaptations is not as old as the games themselves, but the first live action film, which like the first game was simply called Resident Evil, celebrated its 20th birthday in March! Rights holder Constantin Film released a total of six parts with the duo Milla Jovovich as the main character Alice and her husband Paul WS Anderson as screenwriter and director (four parts). And unanimously, as seldom, film critics and games fans agreed that the implementation of the games was rather moderately successful. Too much action, far too little horror and atmosphere, was the verdict. Nevertheless, the films were successful, grossing more than one billion dollars in total.

Oh, they grow up so fast! The young Billie Wesker with a (still) small caterpillar.

Nevertheless, Constantin Film wanted a fresh start after part six, which they put in the hands of British horror director Johannes Roberts (“47 Meters down”). He announced that he was a big fan of the games and wanted to focus his film on the plot of the first two games. He did, but his version, which hit theaters in November 2021, wasn’t well-received either — by nobody this time. Critics and games fans were disappointed with the largely atmosphere-free implementation of the games, from which Roberts simply took iconic scenes and stringed them together carelessly and largely meaninglessly. The $25 million strip doesn’t even gross 50 million – a flop. Continuation therefore uncertain.

But Constantin Film didn’t give up and sold Netflix the idea for a Resident Evil series in which Albert Wesker’s daughters would play a prominent role. It has now started and we’ve binged the first season for you.

The eight episodes of Resident Evil’s first season are set in two timelines. In 2022, 14-year-old siblings Ellie and Jade Wesker arrive in New Raccoon City to live with their father, Albert, who is the Umbrella Corporation’s senior scientist there.

See also  From Hogwarts Legacy to Callisto Protocol: What's next in 2022? (update)

In the year 2036 there will only be about 300 million people left on earth, but there will be about six billion zombies, which the survivors only call Zeros. The now-adult Jade has been in the ruins of London for six months researching the Zeros and a possible antidote to the T-Virus responsible for the end of civilization. More should not be revealed here, connoisseurs of the games already know enough. The series is not based on existing games, but once again knits a completely new storyline around the basic idea of ​​Resident Evil. 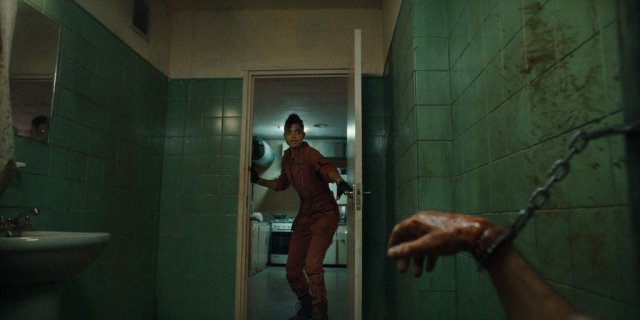 Already occupied! The undead encounter Jade in the most unlikely of places.

Although series creator Andrew Dabb and his team of authors make every effort to incorporate well-known and popular creatures and Easter Eggs from the games, that alone doesn’t make Resident Evil what it is. Anderson incorporated the well-known characters from the games into his films, but mostly staged them in a rather neglected way. Although Roberts unleashed the concentrated load of game heroes on the cinema audience, it hardly generated any excitement. Dabb chose not to include any well-known characters from the games other than Albert Wesker, apart from mentioning a few supporting characters. And game fans will hardly recognize this Wesker, since he has little to do with the favorite villain of the games series. 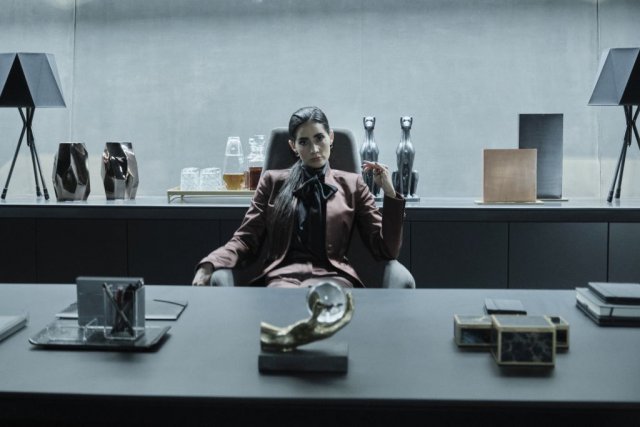 As a fan of the games, one wonders what is actually so difficult about packing the most important components of the games into a film or a series. There’s the atmosphere of constant threat, because you never have enough ammo to take on all the opponents and often running is the only way. The series at least offers that in part when the almost 30-year-old Jade flees through England and encounters a decent catalog of monsters from the games. Unfortunately, the second time level 2022 has almost none of it.

See also  The Sims 4 teases next kits and game pack, including werewolves

In the games, the creators have often installed nasty monsters in just the right places to get on the player’s nerves as much as possible, whether it’s the Doberman jumping through the window or the sound of the chainsaw being thrown on, which in the hands of a masked giant is a must in Leon’s intestines. There is none of that in the Netflix series. There are actually a few monsters that perhaps not everyone would have expected in the story, but the adrenaline rush is missing thanks to the rather dull staged appearances of the beasts. It doesn’t help that the makers in the Eurotunnel are almost recreating the cover of the PS1 version of Resident Evil, a nice easter egg after all…

The icing on the cake of the games were the intermediate and final bosses, who were often introduced with a slightly silly demeanor, but were sometimes damn difficult to defeat. The series is deceptive here, too, but ultimately does not meet expectations because – so much can be revealed – the first season ends on a nasty cliffhanger with a clear view of a sequel and the already mentioned end boss does not get a chance. 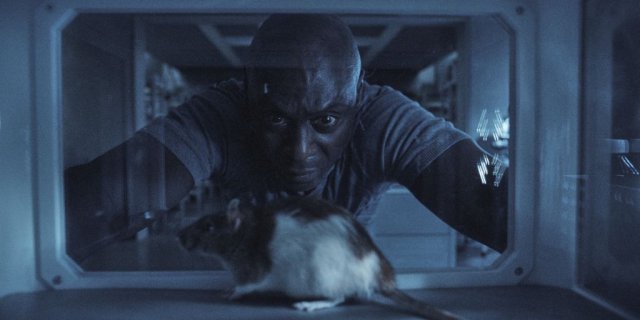 Instead, the series provides viewers with some coming-of-age issues and teenage sisters, something you don’t get — and never missed — in Resident Evil games. It may fit well with the broadcasting concept of the streaming service, which feels like every second fantasy or horror series is designed for female teenagers, but the series didn’t need it. After all, the four directors who directed two episodes each prove that they can cut slightly better action scenes than Paul Anderson. Instead of a thunderstorm of what feels like five cuts per second, the Resident Evil series offers a few fine planned sequences in which the viewer can actually see something and which get the pulse racing – unfortunately far too rarely. 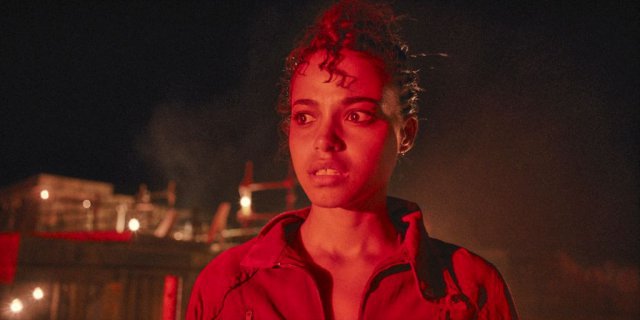 The adult Jade in distress: The Umbrella group is chasing the young woman across England.

So the Netflix series doesn’t get the big pound of the games, the sometimes frightening atmosphere. There are a few really gory scenes (even if they can’t be compared to the Resident Evil 7 battle record, but they’re not particularly exciting or surprising. But Dadd’s main problem was obviously the tonality. Should the series now clearly differ from the flat action flicks of a Paul Anderson stand out and become more serious, darker and a little more believable?Or take over the characters, some of which are extremely clichéd?The fact that the new series cannot decide and tries to do both side by side is perhaps the biggest disappointment.Because some of the characters are quite gripping Scenes from Jade’s escape don’t fit in at all with the more leisurely narrated events of New Raccoon City (yes, that’s explained in the series) and the sometimes almost silly characters.The two timelines rarely feel like they belong to the same series.And very few viewers are likely to like both storylines.

You can’t blame actors like Ella Balinska (“Charlies Angels”) or Lance Reddick (“John Wick” series). They make an effort, but they can’t get much out of the confusing mix. Nevertheless, the series offers a few show values ​​​​as well as nice ideas and is moderately entertaining despite some lengths, so that newcomers to the Resident Evil world might even have fun with it. For gamers, on the other hand, Constantin Film’s third attempt to finally make a proper implementation of the games is a failure. Only as a search game for Easter Eggs could the series be quite entertaining for fans of the games – there is a lot to discover. The question of why it works quite well in the form of animated films and series, but not as a live-action version, remains unanswered.