Soulframe makes me sad that I haven’t played Warframe – but that won’t happen to me again! 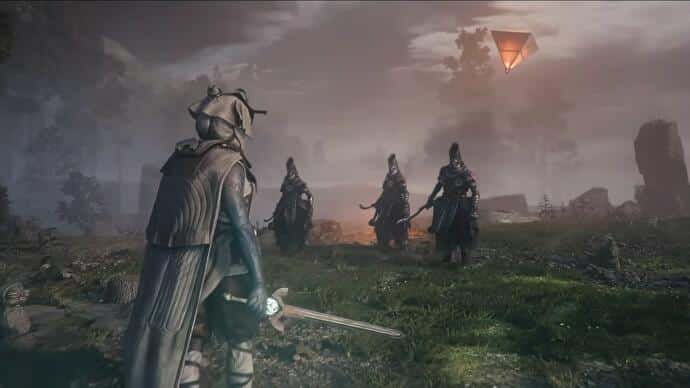 Warframe is one of those games that I’ve always heard so many good things about but never really got into. I liked the flowing movement, the nicely flowing combat system. According to reports, the story is fantastic and the business model is more than fair. Nevertheless, in each of my numerous attempts, I felt like I was going to the cinema to see a film that interested me deeply, but the first two acts of which I had missed. I regularly felt overwhelmed by options, currencies, and things to do. Each time I realized a little more: The train had probably left the station for me.

To this day I think I missed a lot. That’s why I’m all the more excited about the announcement of Soulframe, which is again being directed by Steve Sinclair – and which is my chance to get into a Digital Extremes game. I’m not even sure if Soulframe is already the changing of the guard for the nine-year Warframe, or if it’s just meant to expand Digital Extreme’s portfolio. Given the new open-world expansion of the sci-fi shooter – The Duviri Paradox – and the beautifully flexible way in which Warframe has changed its face again and again over the years, one can assume a fruitful coexistence of both games. It would be hard to imagine that Warframe would ever come to an end.

Nevertheless: I’m happy that I now have the chance to be part of Soulframe right from the start. If you’re not sure what it will be after the trailer, don’t worry, even the official definition remains decidedly fuzzy: On the one hand there is talk of a free-to-play action hybrid MMORPG, on the other hand of an open world -Adventure. Combined with the name and the information that the focus should be on exploration and slow, weighty melee combat, it makes you think of Elden Ring, just more connected. The Souls-esque art direction and mood of the trailer gives that too.

See also  Amazon Gaming Week: These are the best PS5 and PS4 deals

The masks and helmets seen here are still vaguely reminiscent of Warframe’s Tenno bio-organic armor, so it wouldn’t be surprising if these games shared a universe – in fact, there’s talk of a “mirror universe,” which is what always means that. And if Digital Extremes can now incorporate all the lessons learned from nearly a decade of market success about monetization and the trappings of fair, successful free-to-play into a new game from the ground up, Soulframe will be something very special.

I really like the design of the armor, the giant wolf, the non-random Princess Mononoke vibe, and the story of a world that rebels against its inhabitants. This should also have a playful effect, because the underground of this world should rumble in such a way that the subterranean cave systems change daily. Procedural elements should probably come into play here, which will probably ensure the high replay value of a service game. The overworld, meanwhile, will be open and more static. It’s possible that you’ll gradually explore this hub and find more and more ways into the caves below.

I’m excited to see when we’ll finally see the first gameplay and plan to play actively from day one. Warframe gives the impression of a stubborn, but organically grown and therefore all the more robust ecosystem that has many stories to tell. I would have loved to have been a part of that from the start – Soulframe will be my next best chance at that.