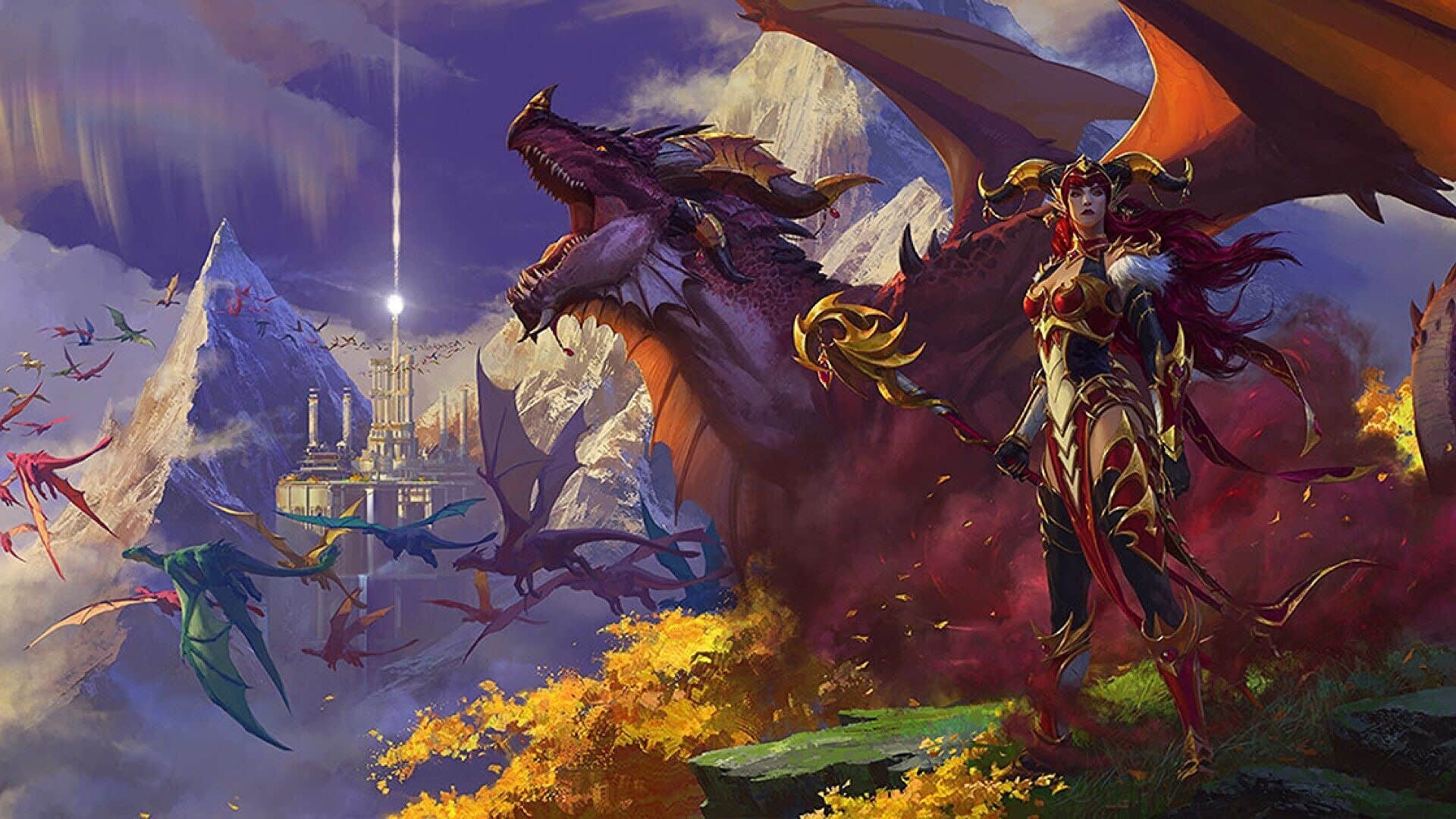 Dataminers mucking about with the alpha build of World Of Warcraft’s next expansion, Dragonflight, have happened across some indicators that the option to choose your character’s pronouns could feature in the game. It looks as though character body types will lose their gendered terminology too. Watch the cinematic trailer for Dragonflight below.

Although removed in the latest Dragonflight alpha build, as noted by wow head, strings datamined from previous versions seem to include she/her, he/him and they/them options. There doesn’t seem to be anywhere in the character customization options for this choice to be made right now, but body type options previously labeled as male and female have been altered to read Body 1 and Body 2. This relabelling is a change to the text in the character creation and barbershop areas of the expansion.

Dragonflight is introducing the game’s first combination of race and class with its dracthyr Evokers. Players found out back in April that World Of Warcraft’s systems are being given a significant overhaul by Blizzard as part of the expansion too. The revamp is concentrating on WOW’s talent and progression systems, which Blizz say will offer options that matter at any level. There’ll also be a new progression specialization system and accompanying tools.

Blizzard’s parent company Activision Blizzard are contending with legal issues and reports alleging a discriminatory and harassing working environment. Microsoft announced in January that they’ll acquire the company for $69 billion (£57 billion), and Blizzard Entertainment head Mike Ybarra has said he’s committed to fostering change. Activision Blizzard’s shareholders recently voted to re-elect CEO Bobby Kotick to the board of directors for another year, in spite of calls for his resignation from employees.

World Of Warcraft: Dragonflight is scheduled for release in November. You’ll be able to download and play it via Battle.net for £40/$50/€50.