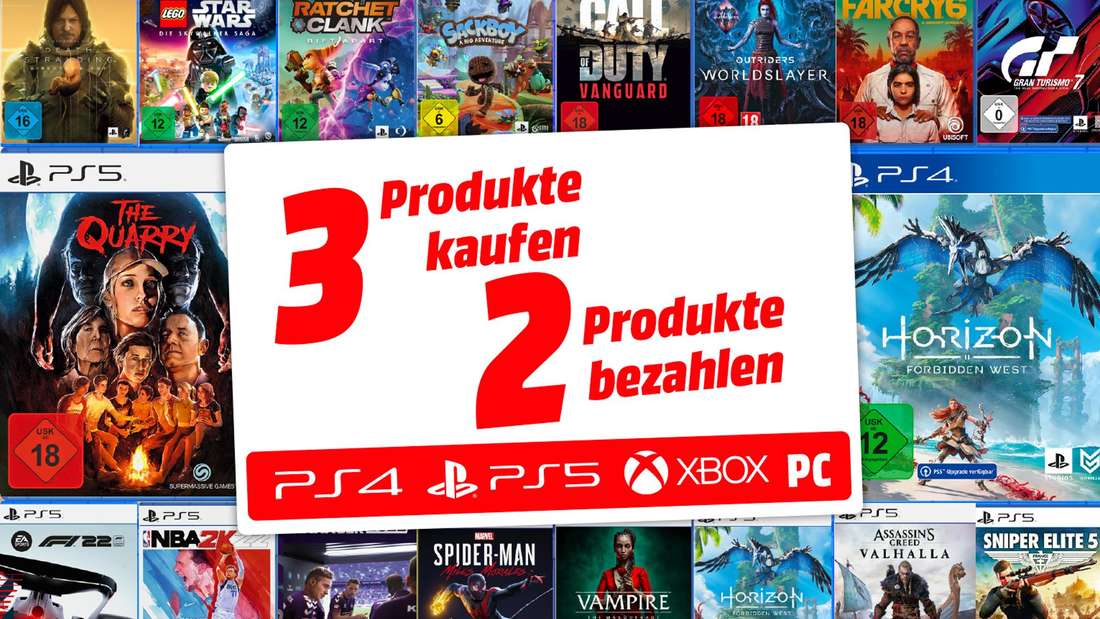 MediaMarkt lures with good deals. With the current 3 for 2 promotion, God of War Ragnarök can also be pre-ordered for the PS5. It’s worth striking quickly.

Hamburg – If you want to build up a decent games library for the Sony PS5 and save a lot at the same time, you shouldn’t miss the current 3 for 2 campaign at MediaMarkt. Among the games on offer is the absolute crème de la crème of PS5 titles. The cherry on top of MediaMarkt’s 3 for 2 offer is undoubtedly God of War Ragnarök, which will be released in November.

Which PS5 games are part of the 3 for 2 promotion at MediaMarkt? Since the game library of the Sony PS5 is not particularly large, one can say with good reason that almost all the top titles of the current generation of consoles are represented among the titles participating in Mediamarkt’s 3 for 2 campaign. Whether it’s Horizon Forbidden West, Gran Turismo 7, Ratchet & Clank Rift Apart or God of War Ragnarök, which hasn’t even been released yet and has been announced for November – there really should be something for everyone among the titles in the campaign. Here is a small selection of the best games:

Is the 3 for 2 promotion at MediaMarkt worth it? That all depends on which games for the PS5 you want to hit. When buying, be sure to pay attention to the price of the title, because you will only get the cheapest of the three PS5 games you have chosen for free from MediaMarkt. For example, two titles for 70 euros and one for 20 euros is not a very good deal: So look for three PS5 games in a similar price range for the maximum discount in MediaMarkt’s 3 for 2 promotion.

Are there any other titles on offer besides the PS5? Yes they are. The 3 for 2 promotion allows you to mix and match between PS5, PS4, Xbox Series X, Xbox One and PC games. So feel free to put together the perfect trio for your personal gaming needs. *Affiliate Link