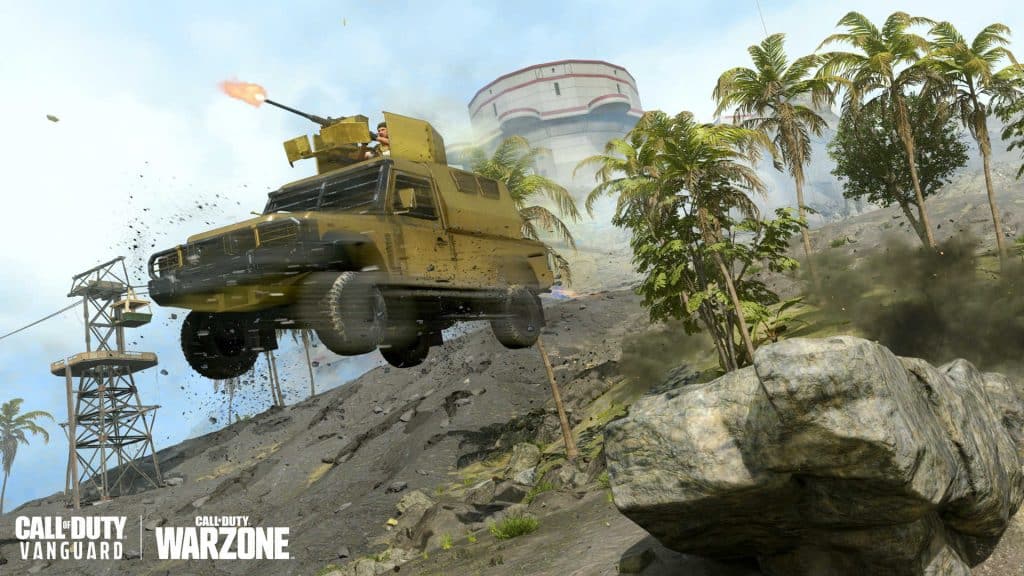 Season 4 has been running in Call of Duty Warzone since June 22, 2022. The Mid Season update is fast approaching, bringing new content to players. My MMO provides an overview of what we already know.

Season 4 is slowly reaching halftime. It won’t be long until the mid-season update in CoD Warzone. The Mid-Season 4 roadmap will likely be released soon.

We already know some innovations and would like to share them with you. We have also collected all the information that we already know about CoD Modern Warfare 2.

What do we already know about the Mid-Season 4 update? Already in the roadmap from June 16, 2022 there was on the official website Information about the mid-season update of CoD Warzone.

Here is an overview of the content we can expect:

Here you can see the trailer for Season 4 Map Fortune’s Keep:

Even before the start of the mid-season, players experienced changes in CoD-Warzone. For example, the Push Dagger came on July 14th: This is a small fist blade that you can unlock in CoD Vanguard and CoD Warzone.

There was also a fix for the Fortune’s Keep map in July. In an update, Raven Software increased the number of Buy Stations in Fortune’s Keep from 10 to 13 (via Twitter). This has been requested by the fans for a long time.

These are the 4 contents with which CoD Warzone wants to lure you back into the game: Currently 4 changes are planned:

What new weapon will there be? An assault rifle called Vargo-Aussault Rifle will be added to the weapon arsenal. It should be characterized by great versatility and a high celebration rate.

Here’s a look at what weapons are best in the Season 4 meta.

What does the new vehicle look like? The Armored SUV is a vehicle equipped with multiple plates and a turret on the roof. In addition, the vehicle can be accelerated with a nitro boost for a certain period of time.

What is behind the two new game modes? Titanium Trials will be a revised version of the well-known Iron Trials (translated: iron trials). Here you will find rules and tips for the Iron Trials mode.

So far, the developers have remained mysterious with one content. At one point in the midseason update, they only wrote “More to come” and further: “There are strange rumors about an undead tide and the ultimate test for operators coming online…”. (via callofduty.com). It will probably be zombie content.

When is the update coming? So far no exact date is known. Experience has shown that the update should not be too long in coming.

In addition to the remake of the popular Iron Trials, what is most interesting is what the mysteriously announced content will look like.

Mein-MMO will keep you up to date with new information about the Mid-Season 4 update and inform you about the size and all further content.

What are your hopes for the mid-season 4 update in CoD Warzone? Write it to us in the comments.

If you want to know more about the CoD Warzone content from Season 4, you can find a large overview of the Season 4 roadmap in CoD Warzone here.