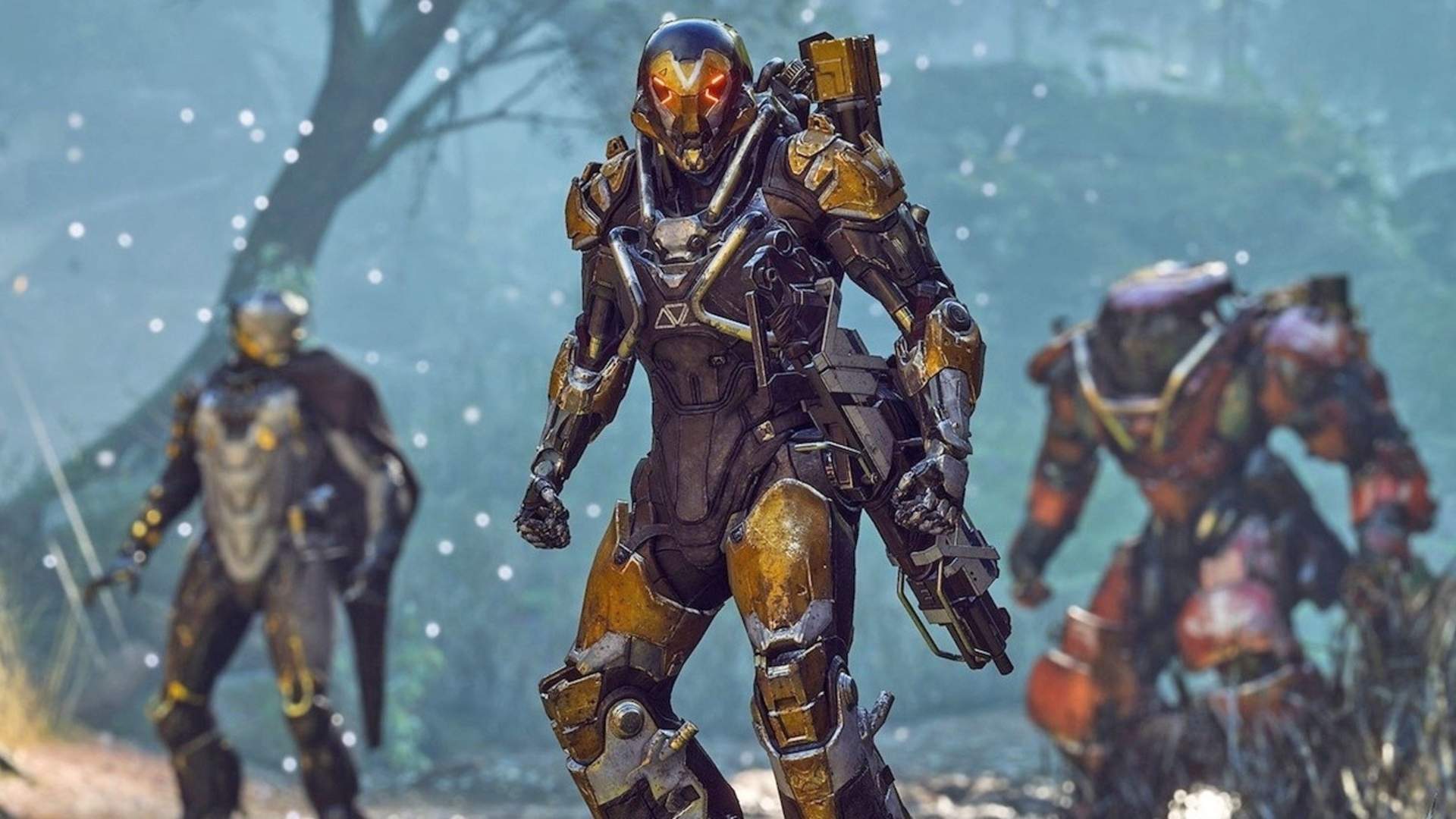 BioWare tried to tie in with games like Destiny with Anthem. However, Anthem was only moderately successful. Now it is sold in a GameStop store for 1 penny, about one euro cent. A Reddit user used this to his advantage and bought 37 copies.

What game is Anthem? After Destiny had great success since its release in 2014, BioWare tried a similar game.

Released in 2019, Anthem is a sci-fi style loot shooter. The player takes on the role of a “Javelin” and wears a combat suit. The suit gives the player extraordinary powers and throws himself into battle against enemies.

In the meantime, EA had planned to renew Anthem with a “reboot” – but in February 2021 EA officially announced the end of Anthem: The servers will remain online for the time being, but the game will no longer be worked on.

You can hear why Anthem failed and why the downfall of the game is such a pity in the MMO podcast.

Here’s a trailer that made us think of Anthem:

How are players reacting to Anthem’s ridiculous price? On reddit, user Spider-Man_Fan_123 proudly posts a photo of his 37 copies of Anthem and the receipt. Under the caption, “Anthem is now a bargain at GameStop,” he writes:

“I was at GameStop last Sunday and found that they sell this game for just a penny. After taxes, I got all of this for less than 50 cents. I don’t know how long this sale will last.”

The bill shows that he only paid around 40 cents including taxes. He saved 216 euros when shopping (via reddit.com).

GameStop sells off games that are no longer worth shelf space

Why was the game sold so cheaply? TikToker clocklava showed a copy of Anthem in her video, which was also available for a penny on Gamestop.

The store employee explained why the game is so cheap: As soon as games are sold poorly, they are either removed from the range or offered to customers at ridiculous prices (via tik tok).

What does another employee say? Reddit user n080dy123, who says he works at Gamestop, suspects the following: “It’s not a sale. GameStop is just trying to get the game out of stores before the server shutdown date is announced and the disks become utterly worthless. It will never be sold at full price again.”

What’s wrong with the assumption? So far, BioWare has not released any official announcement regarding a server shutdown. The user n080dy123 also makes it clear in another post that it is pure speculation and that he does not know the exact reason either.

How much does Anthem cost on German GameStop? In the GameStop online shop, Anthem is available in new condition for between 14.99 and 15.99 euros, depending on the platform. You can get the game used for 4.99 euros for Xbox One and PS4 (as of July 20, 2022, via gamestop.de).

What do you think about Anthem being sold for 1 cent? Write it to us in the comments.

Developer Mark Darrah worked at BioWare for years and was executive producer of Anthem. You can read what he said on Mein-MMO.