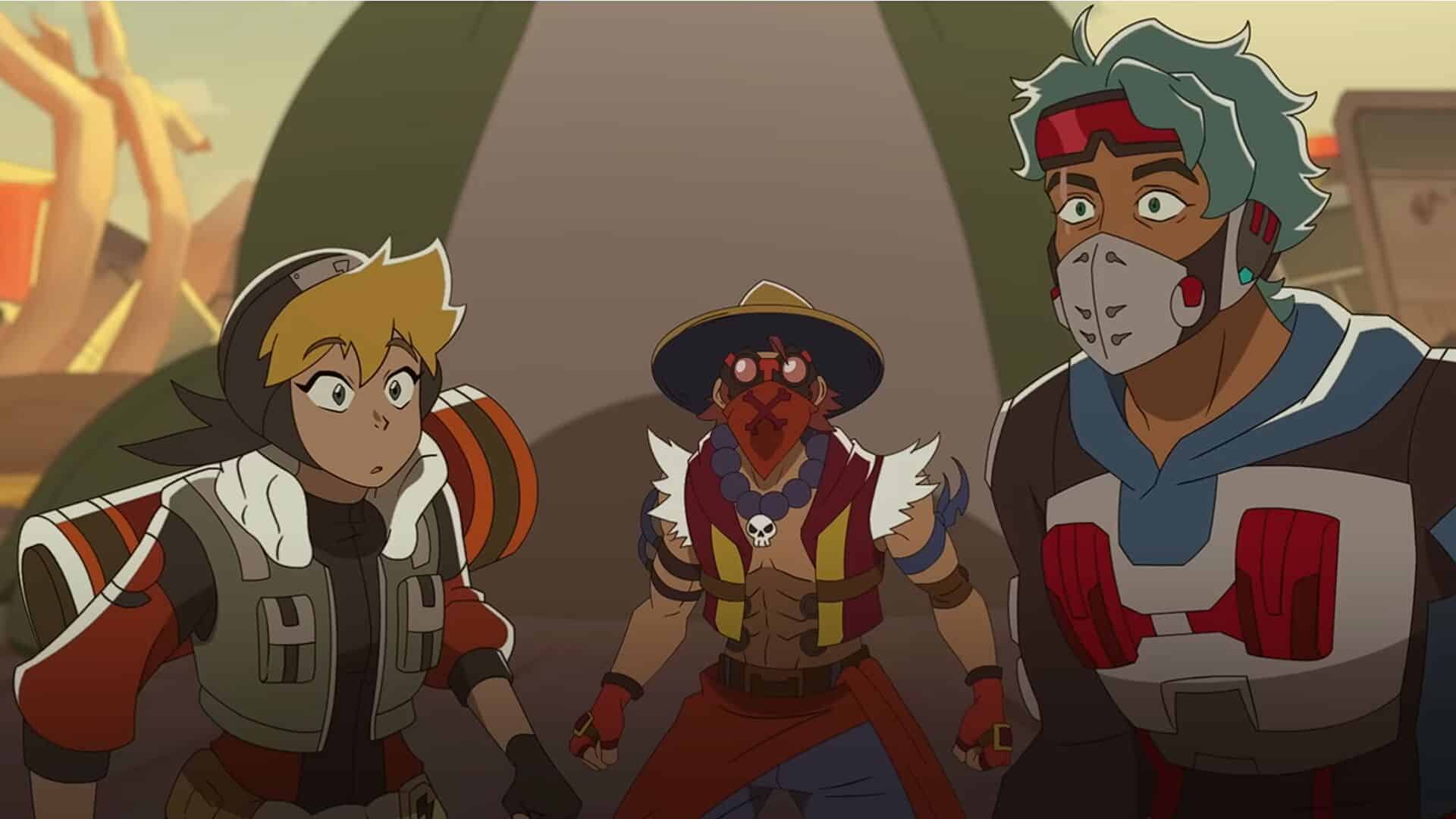 Anime is an acquired taste, so you might not be a fan of stylized fights, speed lines and wacky costumes. Apex Legends is hoping you are though, because the Gaiden event has kicked off to bring some cosmetics influenced by One Piece, My Hero Academia and, possibly, Attack On Titan into the sci-fi battle royale for a limited time. Watch the surprisingly authentic anime-style trailer below.

There’s 40 cosmetics time-limited to the Gaiden event, including otaku-friendly legendary skins for Wattson, Revenant, Mirage and Octane. Each skin has a complementary one for a weapon, and they’re for the Flatline, Wingman, EVA-8 and Charge Rifle. Nab all 40 event items and it’ll earn you Bangalore’s ‘Apex Commander’ Prestige skin. Mythics skins like this one have three tiers, unlocked by completing challenges that last beyond the end of the event.

The Gaiden event also sees Apex Legends’ Armed And Dangerous mode return until the beginning of August. This limits weapon choices to sniper rifles and that perennial favorite, the shotgun. Who doesn’t love a good shotgun? Oh, and loot is harder to happen across in Armed And Dangerous. The map rotation for the duration of the event is World’s Edge, Olympus and Storm Point.

Respawn are currently hiring for a single-player FPS set in the same universe as Apex Legends and their earlier Titanfall games. Ed still reckons ApeLegs has plenty of life in it though, rating it as one of the best FPS games on PC in 2022 though, just below Valorant and just above Half-Life 2. “It’s a solid murder hike every time you dive into Apex Legends,” he said, “and there really is nothing that matches its pace in the Battle Royale realm.”

See also  There is such a feature hidden in Apple Smart Watch, which you may not know, you can use like this

Apex Legends is free to play on Steam other Origin. It’s Gaiden event runs through until August 2nd. You can read the full deets on Gaiden at the Apex Legends site here.