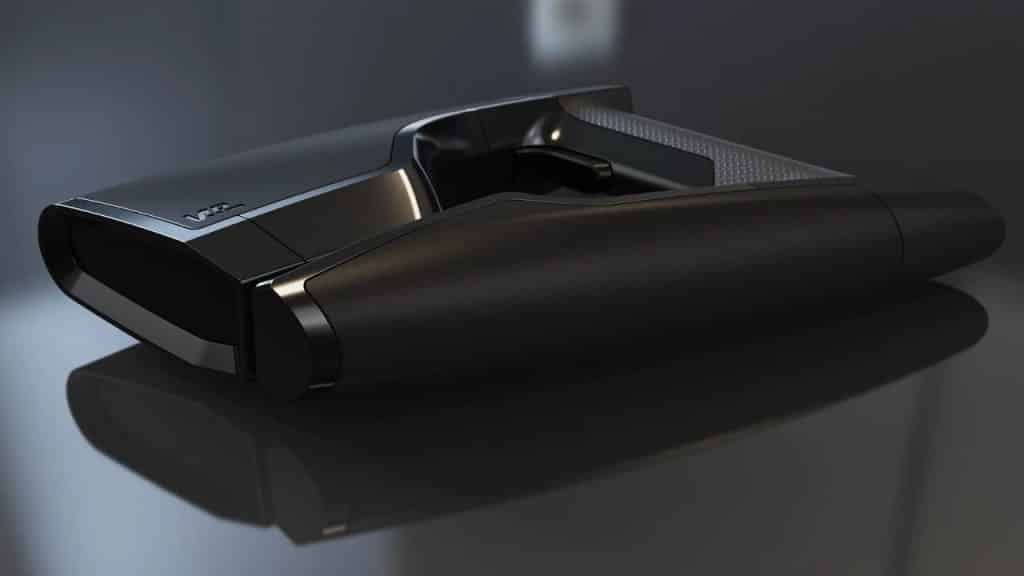 Some users believe that VR could still be big in gaming. An artist has now presented a futuristic-looking gaming controller.

The success of the VR MMORPG Zenith: The Last City shows how many gamers are interested in VR technology. Because the VR MMORPG was so successful that the servers collapsed. There was also positive feedback for the VR mode for Lost Ark, even if this is unlikely to become reality.

Now an artist and designer has presented a new controller for PS5 and Xbox. And it looks really chic at first glance.

Gaming controller should be based on the PS5

Who developed the device? The person behind the controller is Tom Man. He is an industrial and graphic designer and comes from Israel. He develops new product designs for companies or exhibitions. In this context he has already worked for the Israel National Bank and for an antique museum.

What kind of controller is that exactly? The ViR is a VR controller that Tom Man designed specifically for shooter games (via tommandesign.com). According to the website Yanko design the artist is said to have based it on the official design of the PS5 DualSense controller and also have functions such as haptic feedback.

With the ViR, you rely on an ergonomic design and a compact size. The design of the controller is reminiscent of futuristic weapons from movies. One or the other of you might like the thought of being able to play current shooters on your Xbox or PS5 with such a controller in the future.

Aim controllers are already available from other manufacturers

By the way, a controller that looks like a gun is not entirely new. For example, Sony offers an aim controller for VR for the PlayStation 4. This one also looks like a pistol, but overall feels a little chunkier than the artist’s design. By the way, you can still use PSVR on the PS5.

If you still have old PSVR hardware, you can order an adapter for your PS5 free of charge from Sony.

What do you think of the controller? Would you buy such a device for your console or gaming PC? Or do you find the idea and the design not so successful?

In the future there should be more VR accessories, at least for the PS5. Sony finally presented PS VR 2 at CES 2022. You can read all the information about the new system and when it will be available in our article: