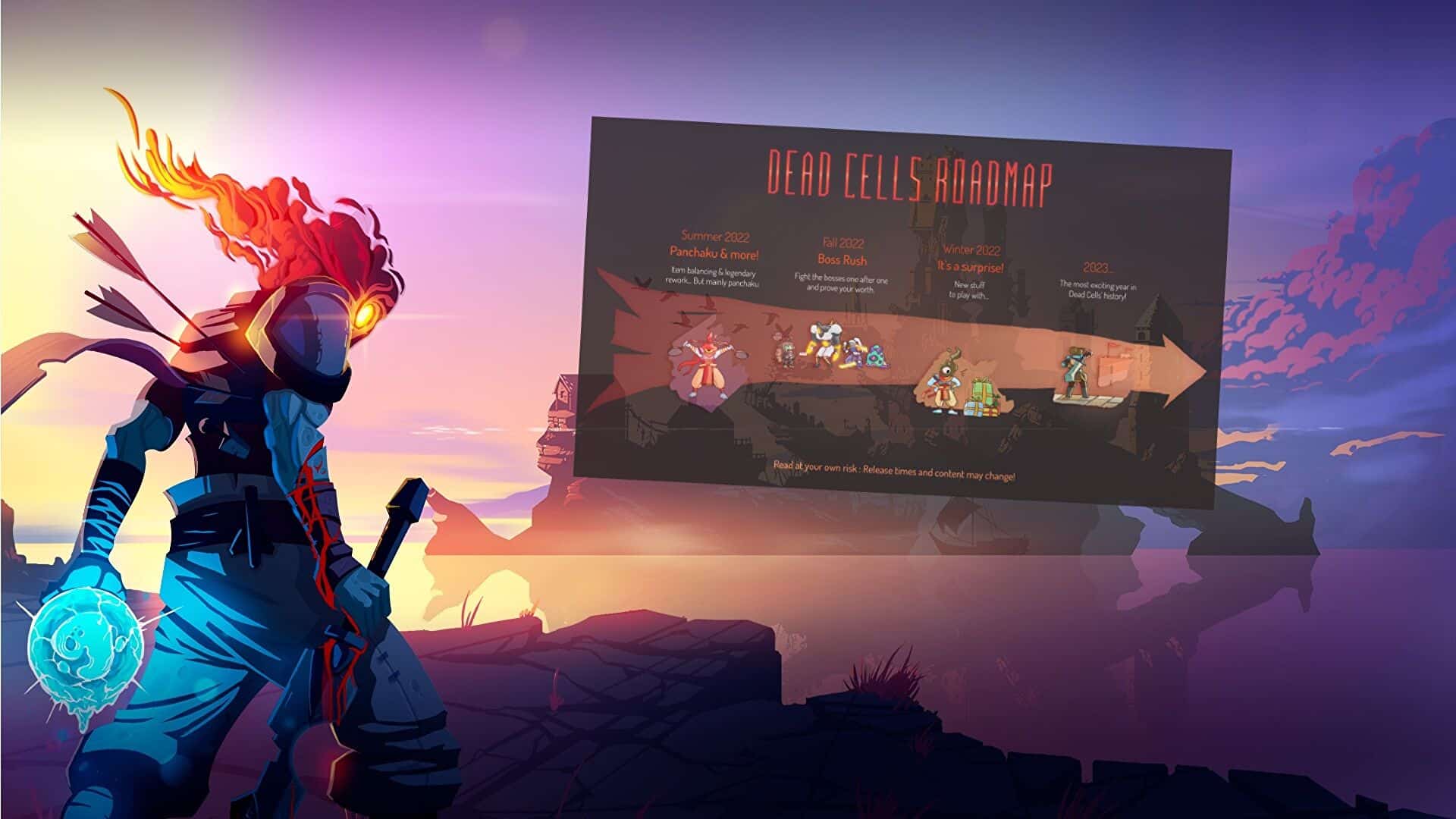 Roguelike Metroidvania Dead Cells isn’t dead, so get ready for three more updates over the course of this year. That’s the message from publisher Motion Twin in a new roadmap update on the game’s future, which promises 2023 will be the “most exciting year” for the game so far. The next fresh content update lands sometime this summer, though none of the roadmap’s release windows are concrete yet.

“We’re taking a little breather from constant alpha/beta/update announcements to kill off the belief that, with the latest DLC ‘The Queen and the Sea’, we are at or near the end of Dead Cells’ lifetime,” Motion Twin said. “We can see how people ended up thinking this, but reports of our death have been greatly exaggerated…”

Motion Twin shared a roadmap of what’s coming up for Dead Cells during the rest of 2022, but pointed out that they can’t guarantee dates won’t change. First up is the bizarre but funny panchaku update, scheduled for summer. This is currently in alpha, and adds a new weapon based on nunchucks – just with pans on the end instead. Also coming in the summer update are a shedload of item rebalances across 26 weapons and skills. Oh, and the chance to pet Dead Cells’ pets.

Pencilled in for autumn is the Boss Rush update, which adds an area dedicated to taking on bosses you’ve already taken down. There’ll be “unlockables” if you succeed. Motion Twin say they’re hoping to add a few different modes and a scoreboard, but advise players not to assume these will make their way into the update. Lastly for 2022, there’s a Christmas update planned. No more to report on that one yet.

See also  Pokémon Pearl and Diamond: In the remakes you keep bumping into corners and that's annoying

Motion Twin believes Dead Cells is “very much in the mid-life” right now. “Heading into 2023 we won’t be slowing down,” they said, “in fact we’ll be stepping things up! It’s going to be by far our biggest year since the 1.0 launch and we’re thrilled to show you what we’ve been cooking up behind the scenes.” You can check out the full roadmap here.

I like me some Dead Cells. So does Ed, who dipped back into the game in January to see what it was like a few years after release. “Surely I can’t be won almost three years later? Well, nope. I was wrong,” he said. “The DLCs have opened my eyes to the game in ways I hadn’t anticipated. The combat is crunchy, the challenge is thrilling, and Dead Cells more than holds its own next to more modern darlings of the genre like Hades.”