Delivery by drone: Amazon with a second location in 2022 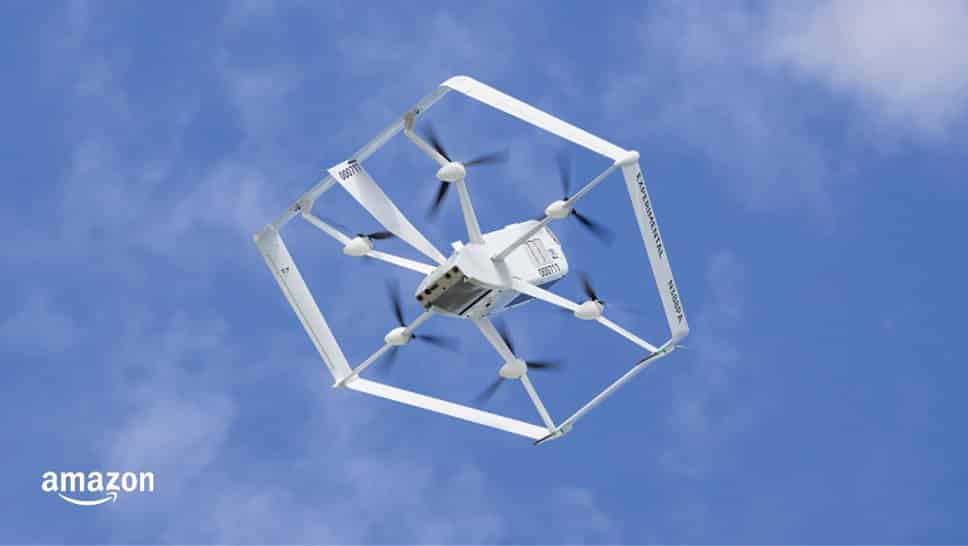 07/20/2022 at 18:21
from Claus Ludewig –
In addition to Lockeford, packages are also to be delivered by Amazon drones in College Station later this year.

Amazon recently announced that it would start deliveries by drone later this year. Let’s start in Lockeford in the US state of California. Now the group is following suit and is promising delivery via unmanned aerial vehicle for Texas. So the Prime Air program aims not only in Lockeford, but also take off in College Station.

According to Amazon, Prime members will be able to have packages delivered via drone later this year. Customers can choose from thousands of everyday items. Parcels weighing up to around 2.3 kilograms can be transported. According to the manufacturer, the drones used can fly at speeds of up to 80 km/h and up to 122 meters high. Amazon had already managed to successfully deliver a delivery by drone in 2016. At the time, the company was testing delivery in the UK. A Fire TV Stick and popcorn were delivered.

Since August 2020, Amazon has had approval from the US Federal Aviation Administration to operate its Prime Air delivery drones. Initially, however, Amazon Prime Air will only start in selected regions. After all, you first want to collect feedback on delivery by drone. One would like to know how the drones dropped the delivery in gardens or backyards. A hexacopter with six motors called MK27-2 is used. Using the sense-and-avoid system, the drones should be able to independently recognize obstacles and avoid them. It is still unclear when an expansion of Prime Air is planned.

See also  Why Players Are Excited About Magic: The Gathering Arena's Standard Rotation

Also worth reading: Drones: CE classes and new rules will apply from 2024