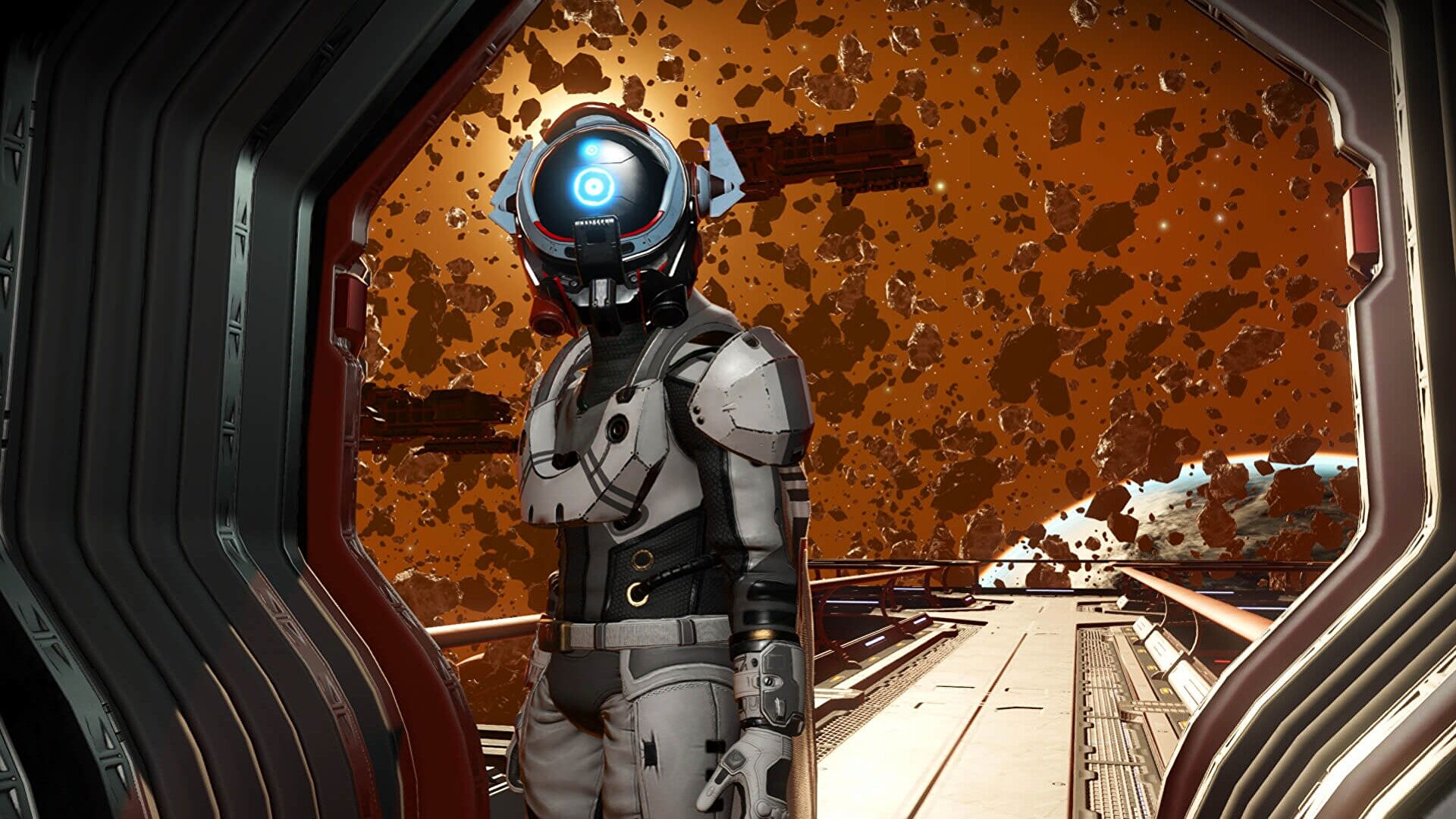 The latest free No Man’s Sky update is out today, and it’s a good job Hello Games called the Endurance thing. It takes some serious stamina to scroll through the patch notes. Looks like it might be worth perusing all the way through them though, with this 3.94 update to the game majorly reworking freighter bases and shipping in some NPC crew members to populate them with. This crew will even share their thoughts as they’re wandering about. See for yourself in the trailer below.

When I first picked up – and bounced off – No Man’s Sky in 2016, the spacey sandbox had a distinctly Star Wars flavor. You played a lone star-lad who jumped in his Dacia Duster of an X-Wing, hopping from planet to planet without much reason to care. Well, Endurance finally adds some tweaks that could let you play this more like Star Trek.

Having a crew of biologists, technicians and engineers kicking about your capital ships, with even your hired frigate captains and squadron pilots teleporting in to visit from time to time, is a lovely touch. Hello Games have added planetary scanners to survey whole star systems in one sweep, and you can now teleport directly from your freighter to any space station or planetary base terminus. Most Trek of all is the new third-person view of your freighter when you activate warp.

There’s still fleet loads more in the Endurance update. Now, you can construct windows in your freighter’s corridors, and external observation decks, to gaze out into the ether. If you’re after the Farscape experience instead of Trek then you can always make a fleet of procedurally-generated organic frigates, also patched in with this update. There’s a new expedition called Polestar too, which lets you take a mysterious freighter of the same name on an interstellar cruise in true Fifth Element style. I could go on, but I think my mouse wheel’s broken from the strain.

No Man’s Sky has certainly come a long way since it was released almost six years ago, with some diverse content drops just this year alone. Back in May, the Leviathan update added a roguelike time-loop mode. Space pirates entered the fray in April’s Outlaws update. In February, the Sentinel update let players build their own robots, mechs and drones. Perhaps John was on to review something in his No Man’s Sky when he said the game was both “massively flawed, and poorly designed” and “a massive playground of potential and opportunity”?

You can grab No Man’s Sky from Steam, GOG and the Microsoft Store for £40/$60/€55. It’s also on PC Game Pass. Check out the full patch notes for the 3.94 Endurance update hereif you’ve got the arm for it.