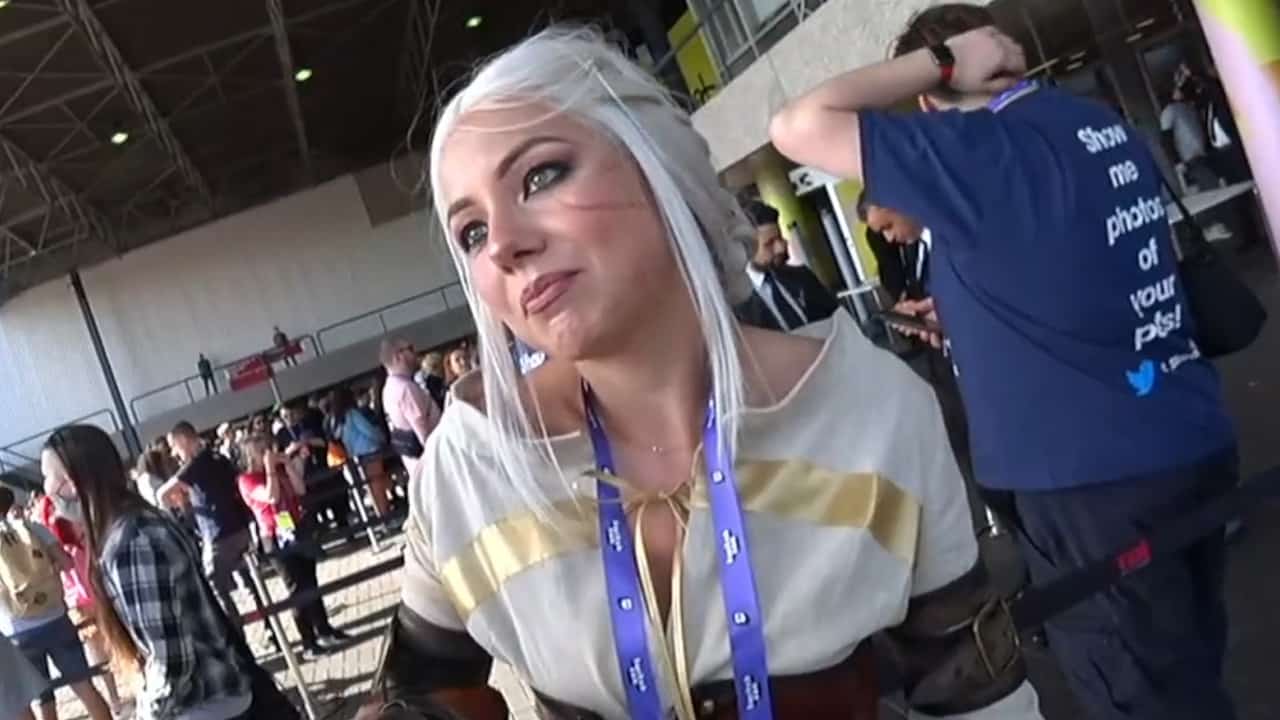 On July 17, 2022, streamer Arab posted a clip from TwitchCon in which a cosplayer reported that an employee broke her sword. The clip quickly went viral, but many discovered inconsistencies in the story. Now the victim spoke up.

The background of the story:

Nikachu likes to stream The Witcher 3 game and had dressed up as one of the characters, Ciri. In Poland you could even train as a witcher.

Why would anyone do such a thing? Anyone who has ever dealt with cosplay knows how much work and heart and soul can go into such a costume. Accordingly, many were shocked by the apparently wanton destruction.

But soon the first doubts about the story arose. The relaxed reaction of the cosplayer is not credible, there is no trace of the mentioned anger and sadness in the video.

Also, some found it difficult to believe that an employee would gratuitously destroy a guest’s belongings and risk their job. After all, Arab himself said in the stream that those responsible should be fired.

When users then also noticed alleged contradictions in the cosplayer’s statements, the doubts increased, which probably prompted the person concerned to clarify.

This is how the streamer reacts

In response to the viral clip, Nikachu started a stream on July 18, 2022 to give viewers the full story. This was supplemented by a post on Instagram the next day.

This is Nikachu’s version of what happened

What is that sword? Strictly speaking, the sword is probably just a wooden scabbard. Attached to it was a 3D printed sword hilt. Thus, Nikachu was able to circumvent the gun ban at TwitchCon for her Ciri cosplay.

This sword was checked and approved by security at the entrance. The employees would also have tested it. So the grip wasn’t that easy to loosen.

how was it broken When the streamer wanted to fill up her water bottle in the toilet, however, a completely different part of the costume caused her problems: the sensors on the faucets would not have responded due to her leather gloves.

She then put the sword down to let another woman help her. Meanwhile, two cleaners entered the washroom, but she paid no further attention to them.

When she looked in the mirror while filling the bottle, she saw how the employees were handling her sword. She then called out to them that it was their sword and that they should stop.

Nikachu is not yet one of the most successful streamers, but you can see who is there in our video:

The employees left the room quickly, but by then it was too late. The cosplayer only found her sword in two parts and was unable to catch up with the perpetrators because of her costume.

See also  Euro Truck Simulator 2: Heart of Russia on hold for the time being - News

She then immediately notified security. The employees concerned were also located, but they only half-heartedly apologized and claimed that the sword had already been broken.

She just wanted to vent her feelings

The streamer reacts emotionally: That made her angry and disappointed because she was hoping for an apology and an admission of guilt. In the stream, she also mentioned that she hopes that the responsible employee would keep his hands off other people’s things in the future.

When Arab recognized her the next day and approached her again, she had no idea how many people would be watching the stream. She saw the video on the train going home and couldn’t believe it. (via Twitter)

Is it all just a misunderstanding?

What is controversial? One of the most common criticisms of Nikachu’s original portrayal was the term “staff member” she used. In German, that means just “employee”, but for many it suggested that it was an employee of Twitch directly.

However, this is said to have been just a misunderstanding. The streamer says she just doesn’t speak English that well and was also very excited.

In conversation with Arab, however, the impression also arose that the sword had been vandalized. When asked if it was an accident, she replied, “No – I said ‘stop, that’s not yours!’ and then […]’ and imitated the movement with which the sword was broken.

It remains to be seen whether this explanation is enough to appease the viewers’ skepticism.

What do you think of the whole story? Who do you believe? Write it to us in the comments here on MeinMMO.

Outside of TwitchCon, the streaming service is having some issues right now. More and more content creators are switching to the competition of YouTube gaming.