Total War: Warhammer 3 – This faction is added in the DLC 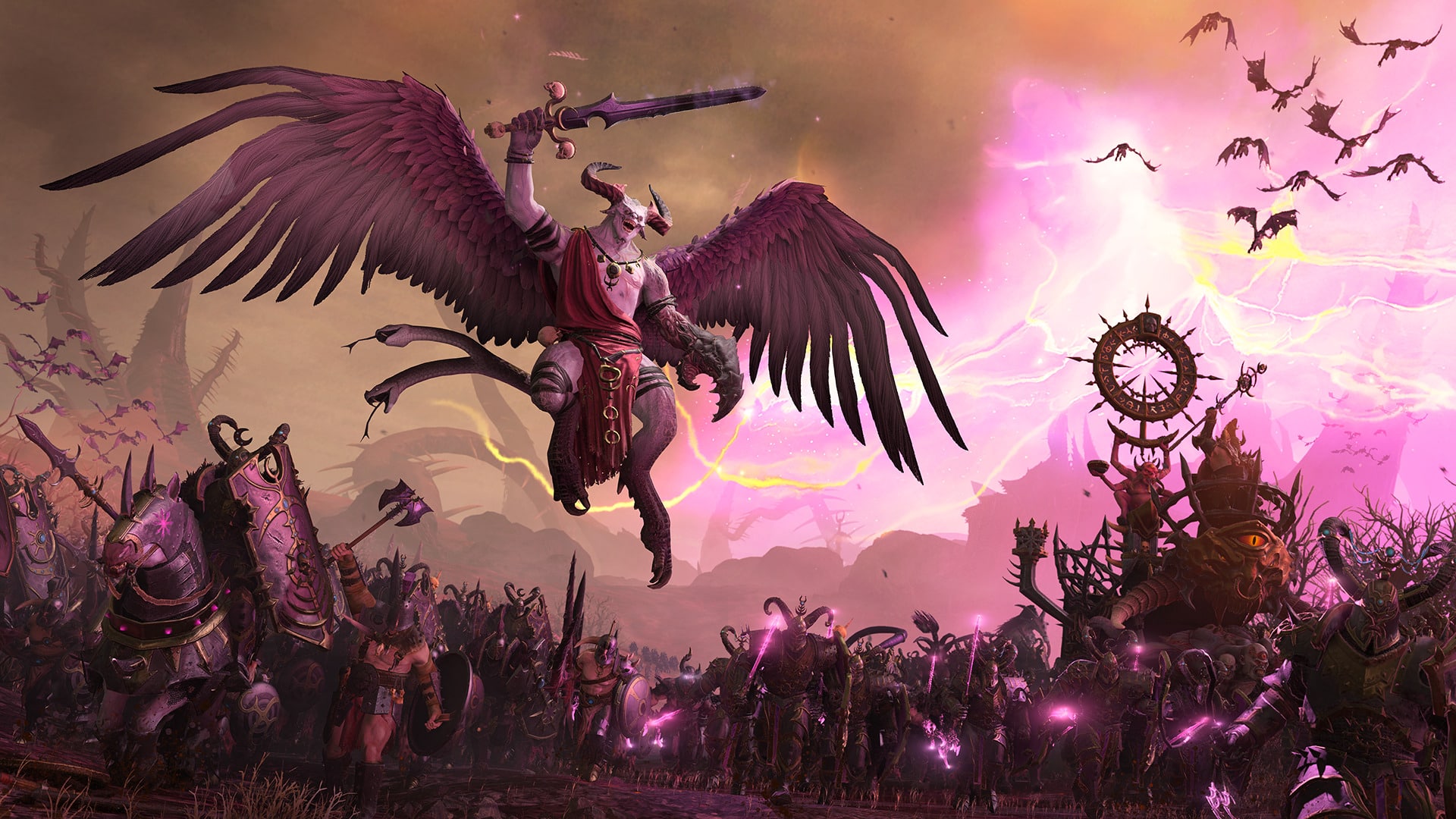 Anyone who got the strategy chunk of Total War: Warhammer 3 directly when it was released in February could have had enough of the epic battles between the countless factions of the game by now or have simply done everything they wanted to achieve. So good that on August 23rd not only the beta of the new campaign Immortal Empires appears, but also a fresh DLC.

He listens to the name champions of chaos and has everything that the heart of a Total War: Warhammer fan desires: A completely new campaign (which you can play in both “Immortal Empires” and “Realm of Chaos”) including new mechanics and four brand new Legendaries Lords, each dedicated to one of the four Chaos Gods Total War: Warhammer 3 (buy now /€50.99 ) confess

New Legendary Lords in Total War: Warhammer 3 – Azazel is ready for his appearance

The Creative Assembly team introduced one of the four new Lords in an impressive trailer: Azazel, Prince of Damnationis at the top of the ranks of the Slaanesh and is considered demonic all-purpose weapon. He can reflect damage in close combat, and his ability to fly keeps him constantly on the battlefield.

Who is behind the other three Legendary Lords hides and what the at least equally impressive battle leaders can do, Creative Assembly will then reveal to you in the coming weeks – so keep your eyes and ears open. But that’s not all: the British developer studio has already revealed some other information about the upcoming one Champions of Chaos DLC.

For example, one of the new mechanics is Gifts of Chaos, which you get from the Chaos Gods in exchange for the souls of your enemies, and which then provide you with upgrades or demonic buffs. In addition, in the DLC you have the opportunity to build dark fortresses in certain regions, with which the Norscan faction can be unlocked.

the new and titular faction Champions of Chaos also has the ability to recruit troops on the fly, advance them through the Chaos ranks, and assign them to one of the four Chaos Gods for powerful buffs. This also applies to Chaos Lords and Chaos Sorcerer Lords, which you can even promote to Demon Princes.

As already mentioned, will CreativeAssembly reveal the remaining three Legendary Lords that await you alongside Azazel in the Champions of Chaos DLC over the next three weeks. All further information about the paid extension can be found on the Total War official websitewhere the developers go into more subtleties, such as new unique units. There is also hot information for lore friends, for example about the ancient city of Zanbaijin, which will play a central role in the new DLC campaign.