Crossplay Officially Confirmed – How To Play Against Multiple Platforms 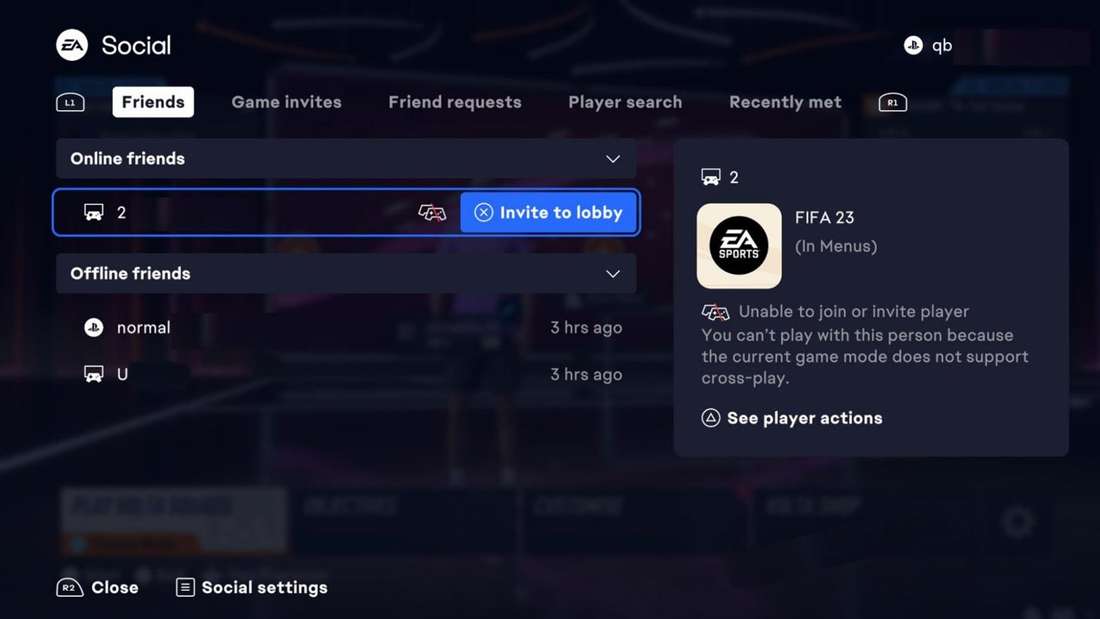 See also  New World: This is how Gypsum works and this is the fastest way to level your competence

Crossplay for Current Gen: The crossplay function was successfully tested by EA in the predecessor. Now EA is rolling out the multiplatform feature on all Current Gen devices. Crossplay in FIFA 23 is playable in almost every mode. We have listed all official crossplay modes in FIFA 23 for you.

EA Social in FIFA 23: The platforms on which FIFA 23 will be playable all have their own friend lists and communities. So that they can easily find each other in FIFA 23, EA has pulled another new feature out of the hat. EA Social lets you find your friends via EA Account ID and challenge them to a FIFA 23 match.

See also  You will be able to buy Xiaomi 11T Pro 5G from here, will get these features

EA Social gives you an accurate overview of which friends are currently online on which console. You can also see whether the friend is compatible with crossplay or is not allowed to play due to a different platform. The EA Social Hub is easily found in the bottom right corner of the FIFA 23 main menu.

FIFA 23: Crossplay for Last Gen – How to play on PS4 and Xbox One

Crossplay for PS4 and Xbox One: Players on Last Gen consoles can breathe easy as they follow the exact same steps to play crossplay as Current Gen consoles. However, it should be said that in FIFA 23 no crossplay between the console generations is possible. PS4 FIFA 23 players will therefore not be able to challenge PS5 players.

FIFA 23: Crossplay affects the transfer market – what happens to FUT?

The merger of the Ultimate Team transfer markets will not affect the PC and Nintendo Switch players of FIFA 23. These platforms will continue to have their own transfer market in Ultimate Team. While this makes sense for the Nintendo Switch due to the slimmed-down version without FUT Champions, for example, the question remains as to why the FIFA 23 PC community was not also taken into account.

Pro clubs with no crossplay: As already mentioned, the crossplay feature will only be playable for one-on-one modes. This means that Pro Clubs mode cannot take advantage of EA’s newly implemented crossplay. However, there will be a World Cup mode in FIFA 23. Nintendo Switch players are also looking into the tube. The missing crossplay function is understandable due to the completely different engine and game modes.